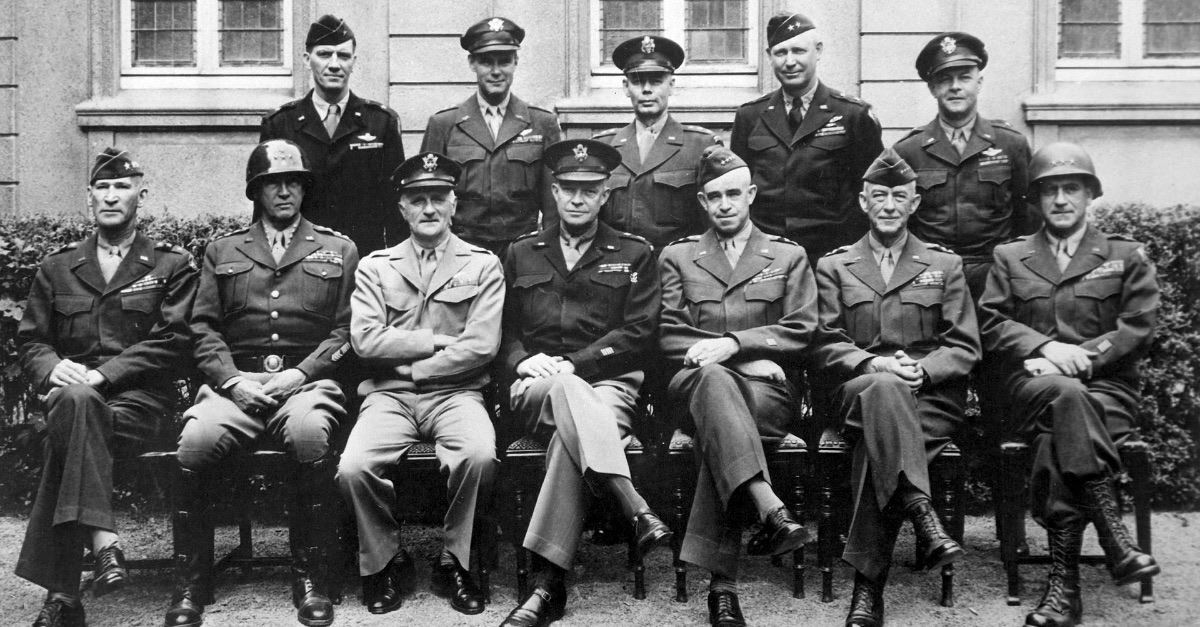 William Stephenson was a World War I hero, businessman, inventor, and spymaster. Ian Fleming called him the “real thing” behind his James Bond character.

A Man Called Intrepid tells Stephenson’s incredible story (“Intrepid” was his code name). The book reads more like a novel than the historical narrative it is. Here we learn that early in World War II, Stephenson created a secret network that eventually involved thirty thousand intelligence experts. They worked behind enemy lines in Europe to provide intelligence to President Roosevelt and Prime Minister Churchill.

These operatives were able to feed false information to German authorities, convincing them that D-Day would be launched at Calais rather than Normandy. This kept Hitler from committing forces that could have defeated the Allied invasion.

When the Germans began launching rockets into London, these intelligence spies fed the Nazis false data on where their rockets actually fell, saving thousands of lives. They helped the Allies free Niels Bohr from Nazi captivity, which kept the Germans from developing atomic weapons and helped America create the bombs that ended World War II.

These secret heroes did not fire weapons or drive tanks. They risked (and many gave) their lives to communicate words that helped defeat Hitler and save the world.

A Florida congressman made news with a tweet directed at Michael Cohen, which the congressman later took down and for which he apologized. The Florida bar has now opened an investigation into whether the congressman, a licensed attorney in the state, violated professional conduct rules with his tweet.

Even wordless events require words to record and interpret them.

You may not know that on this day in 2007, Switzerland invaded Liechtenstein. A detachment of 170 Swiss infantrymen got lost on a training mission and accidentally crossed their neighbor’s border.

Liechtenstein is seventeen times smaller than Rhode Island. Its thirty-seven thousand residents were not aware that they had been invaded. Since they have no army, they chose not to retaliate.

We know of this ironic event only because it was reported in words.

We are the most verbal society in history.

Six thousand tweets are sent every second, which corresponds to five hundred million tweets a day. Every sixty seconds, 510,000 comments are posted on Facebook.

This can be good news for the gospel, but bad news for our souls.

Good news for the good news

Mart Green is the Chief Strategy Officer for the Green Family Businesses, board chair of Hobby Lobby, and founder of Mardel Christian Supply. At a recent conference in Washington, DC, I heard him describe the IllumiNations project he is leading. Its goal is to translate God’s word into all six-thousand-plus languages in the world. Digital technology is making this dream a reality.

Walt Wilson is a retired Marine, brilliant businessman, longtime personal friend of mine, and founder of Global Media Outreach. This online evangelism and discipleship ministry has documented more than two hundred million decisions for Christ since it began in 2004.

Digital technology is enabling us to “make disciples of all nations” more effectively than ever before in Christian history (Matthew 28:19).

The secret of the Reformation

Amid the cacophony of words in our culture, it can be hard to hear God’s voice. But human words cannot change human hearts. Only God’s words have the power to convict of sin, save souls, and transform eternities.

Explaining the Protestant Reformation, Martin Luther testified: “I simply taught, preached, and wrote God’s Word; otherwise I did nothing.”

The declaration “Thus says the Lord” appears more than four hundred times in the Bible. Each time, a human listened for God’s word before speaking or writing his truth to the world.

To speak God’s word, we must first listen for God’s word. When last in our frenzied, social-media-driven culture did you accept your Father’s invitation to “be still, and know that I am God” (Psalm 46:10)? When last did you listen for the “low whisper” of God’s Spirit (1 Kings 19:12)?

As Francis Schaeffer noted, “He is there and he is not silent.”

In fact, your Lord wants to speak to you today. When will you make time to listen?

Note: In today’s chaotic culture, we are increasingly faced with faith-related questions that can be challenging and impossible to answer. In this week’s video from our YouTube series, “Biblical Insight to Tough Questions,” we tackle the question: Why do we believe the Bible is actually the word of God? Thanks for turning to Denison Forum to discern news differently and build a movement of culture-changing Christians.