The Death of John Lewis and the Power of 'Redemptive Suffering' 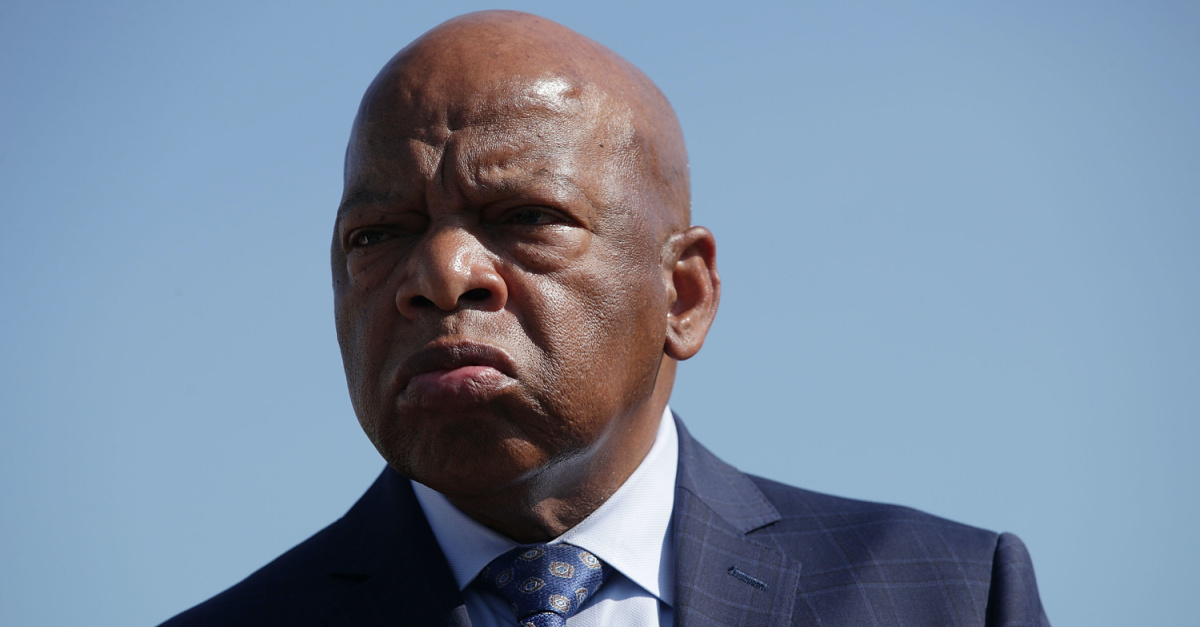 The Death of John Lewis and the Power of 'Redemptive Suffering'

He was elected to Congress in November 1986 and served as US Representative from Georgia’s Fifth District for seventeen terms. He was awarded more than fifty honorary degrees and received the Presidential Medal of Freedom from Barack Obama in 2011.

The son of sharecroppers, he spent Sundays growing up with a great-grandfather who was born into slavery. When Lewis was a few months old, the manager of a chicken farm named Jesse Thornton was lynched about twenty miles down the road. His offense: he referred to a police officer by his first name rather than as “Mister.” A mob pursued Thornton, stoned and shot him, then dumped his body in a swamp.

As a boy, Lewis decided that he wanted to be a preacher. He earned a BA in Religion and Philosophy from Fisk University and graduated from the American Baptist Theological Seminary in Nashville.

However, when he was fifteen years old, he heard Dr. Martin Luther King Jr. preach on the radio and felt that God was calling him to join the civil rights movement.

Beaten, spat upon, and burned with cigarettes

According to the New York Times, Lewis “led demonstrations against racially segregated restrooms, hotels, restaurants, public parks, and swimming pools, and he rose up against other indignities of second-class citizenship. At nearly every turn, he was beaten, spat upon, or burned with cigarettes. He was tormented by white mobs and absorbed body blows from law enforcement.”

During the Freedom Rides of 1961, the Times reports that Lewis “was left unconscious in a pool of his own blood outside the Greyhound Bus Terminal in Montgomery, Alabama, after he and others were attacked by hundreds of white people.” It adds that he “spent countless days and nights in county jails and thirty-one days in Mississippi’s notoriously brutal Parchman Penitentiary.”

Lewis was the youngest keynote speaker at the March on Washington in 1963. On March 7, 1965, he led a group of six hundred people marching for Black voting rights in Selma, Alabama. They were met by a group of police officers; Lewis suffered a skull fracture when one of them beat him with a nightstick.

“I thought I was going to die,” he said later. The event became known as “Bloody Sunday.”

“Hate is too heavy a burden to bear”

In his early twenties, Lewis embraced a form of nonviolent protest grounded in the principle of “redemptive suffering.” In his memoir, Walking with the Wind, he explained that there is “something in the very essence of anguish that is liberating, cleansing, redemptive.”

He added that suffering “touches and changes those around us as well. It opens us and those around us to a force beyond ourselves, a force that is right and moral, the force of righteous truth that is at the basis of human conscience.”

This philosophy centers in the belief that your attacker is as much a victim as you are. It requires the choice to forgive “even as a person is cursing you to your face, even as he is spitting on you, or pushing a lit cigarette into your neck.”

Lewis explained his life philosophy this way: “At a very early stage of the movement, I accepted the teaching of Jesus, the way of love, the way of nonviolence, the spirit of forgiveness and reconciliation. The idea of hate is too heavy a burden to bear. ... I don’t want to go down that road. I’ve seen too much hate, seen too much violence. And I know love is a better way.”

I disagreed with Rep. Lewis on moral issues such as same-sex marriage, religious liberty, and especially on abortion, which is devastating the African American community. But I share his belief in “redemptive suffering,” a commitment he demonstrated courageously and sacrificially.

When what is right is also unpopular, we are forced to decide whether we will stand selflessly in courage or fall selfishly into cowardice. This is a binary choice.

But know this: when you choose “redemptive suffering,” your courage and example can change the world.

“Our nation will never forget this American hero”

Bloody Sunday led directly to the passage of the Voting Rights Act, which President Lyndon B. Johnson presented to a joint session of Congress just eight days later and signed into law on August 6.

On the fiftieth anniversary of Bloody Sunday, President Obama and former president George W. Bush joined Rep. Lewis in a walk across the Edmund Pettus Bridge in Selma. The picture of Rep. Lewis holding hands with an African American president as they marched where Lewis had been beaten fifty years earlier is a testament to the transforming power of redemptive suffering.

President Obama said after Lewis’s death, “He loved this country so much that he risked his life and blood so that it might live up to its promise.” Senate Majority Leader Mitch McConnell stated, “Progress is not automatic. Our great nation’s history has only bent towards justice because great men like John Lewis took it upon themselves to help bend it. Our nation will never forget this American hero.”

When asked if he regretted not continuing in traditional ministry as a young man, John Lewis said, “I think my pulpit today is a much larger pulpit. . . . I preach every day.”

NOTE: Oswald Chambers wrote, “Prayer does not fit us for the greater works; prayer is the greater work.” And yet many Christians struggle to have a consistent prayer life, to dedicate themselves to hearing from God and then doing what he says.

It’s my hope—my prayer—that my newest book, The Greater Work, will encourage Christians to make prayer their daily and their lifelong pursuit. Please request your copy of The Greater Work today.