The Death of Abu Bakr al-Baghdadi: 4 Steps to Defeating ISIS 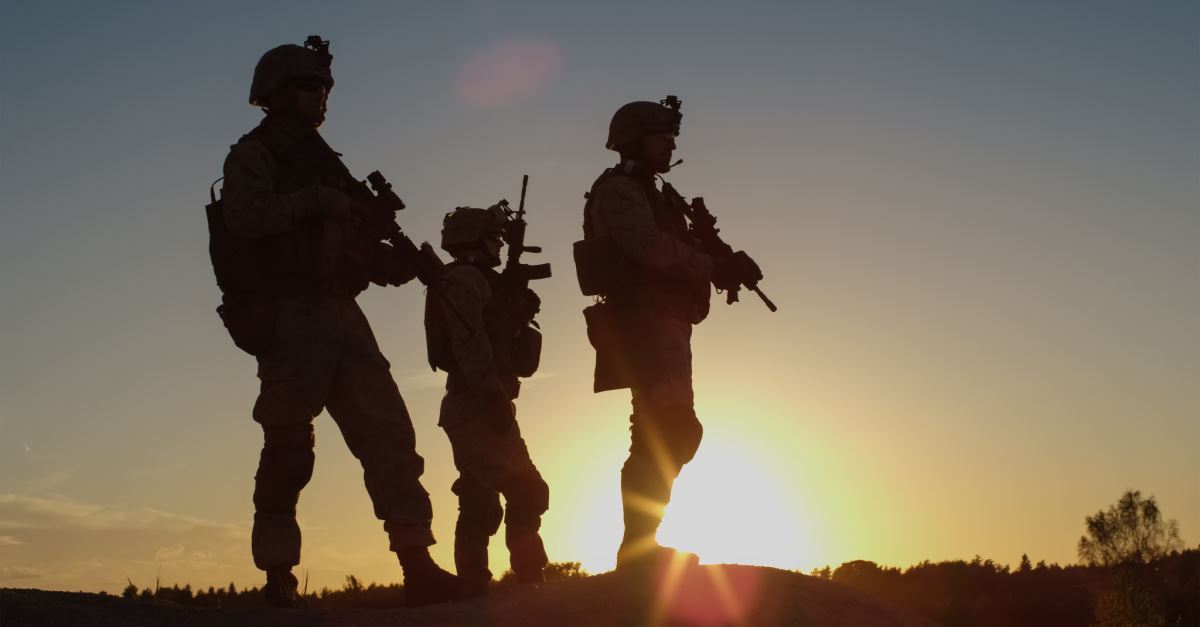 The Death of Abu Bakr al-Baghdadi: 4 Steps to Defeating ISIS

NOTE: I want to thank my son, Ryan Denison, for writing The Daily Article while my wife and I were traveling last week. I am also grateful to the many readers who posted wonderful comments in response to his articles. It is a great privilege to share this ministry with my family and with each of you.

President Trump made an announcement Sunday morning that has dominated global headlines: “Last night, the United States brought the world’s No. 1 terrorist leader to justice. Abu Bakr al-Baghdadi is dead. He was the founder and leader of ISIS, the most ruthless and violent terror organization anywhere in the world.”

The president explained how al-Baghdadi was killed: “U.S. Special Operations forces executed a dangerous and daring nighttime raid in northwestern Syria and accomplished their mission in grand style.” He added: “The thug who tried so hard to intimidate others spent his last moments in utter fear, in total panic and dread.”

Now al-Baghdadi is dead, and the world is a safer place.

Who was Abu Bakr al-Baghdadi?

Awwad Ibrahim Ali al-Samarra was born and grew up in Samarra, part of the Sunni region of Iraq north of Baghdad. He received undergraduate, Masters, and PhD degrees from the Islamic University in Baghdad. He then changed his last name to al-Baghdadi and took for his first name Abu Bakr, the prophet Muhammad’s father-in-law and successor. He claimed to be a direct descendant of Muhammad.

While a member of al Qaeda in Iraq, he was imprisoned by American forces. Observers believe he was radicalized in prison. After the group’s leader was killed in a US air strike in 2010, al-Baghdadi was elected to succeed him. He broke from al Qaeda in early 2014 and seized land later that year upon which he announced the formation of a “caliphate.”

This was an enormously important step. After Muhammad died in AD 632, his successors (“caliphs” in Arabic) governed from a region they called the “caliphate.” The Muslim Caliphate was abolished by Turkey in 1924; al-Baghdadi’s announcement that he had recreated it gave great credibility to his movement in the eyes of thousands of jihadists around the world.

In my 2016 book, The State of Our Nation: 7 Critical Issues, I stated that four steps are necessary to defeat ISIS: (1) Take away its caliphate; (2) apprehend or kill its leader; (3) defeat its ideology; and (4) advance spiritual awakening.

We accomplished the first by defeating ISIS forces defending their caliphate in Iraq and Syria. In March, the final territory held by ISIS was captured by US-backed forces.

However, the second step was vital as well. Every day that al-Baghdadi remained at large, defying the combined might of Western forces, he could claim the protection and sanction of Allah for his life and leadership.

This is why apprehending or killing him was so important. Under his leadership, the so-called Islamic State became the best-funded, most sophisticated terrorist organization we have ever faced. At its height, it controlled territory the size of Great Britain, took in $2 billion in 2014 alone, and governed as many as twelve million people.

Al-Baghdadi will especially be remembered for his cruelty. He repeatedly raped an American NGO worker, Kayla Mueller, then apparently had her killed in early 2015. (The military operation targeting al-Baghdadi was dedicated to her.) He reportedly raped other women as well. He called for ISIS fighters to rape women and slaughter men, women, and children. Many victims were tortured, crucified, burned alive, buried alive, and beheaded on his command.

The first two steps to defeating ISIS have been accomplished but not completed.

As many as eighteen thousand ISIS fighters are still conducting guerrilla attacks across Iraq and Syria, targeting recruits, and amassing a war chest in excess of $400 million. ISIS followers have staged attacks in at least twenty-nine countries and will undoubtedly appoint a successor to al-Baghdadi soon.

This is why the third step—defeating their ideology—is so vital. ISIS is but one expression of a worldview that continues to fuel jihadism around the world.

To summarize: They are convinced that the West has been attacking Islam since the Crusades and especially through our support for Israel. They view all Westerners as complicit in this “attack” on Islam since our taxes and votes support our governments and military forces.

Jihadists therefore believe they must attack us to fulfill their divine mandate of defending and advancing Islam. This ideology is much larger than a single person or group and threatens all non-jihadists anywhere in the world.

The best way to defeat this ideology is to commit ourselves daily to the fourth step: advance spiritual awakening in the Muslim world.

More Muslims are coming to Christ than ever before in history. Many have converted to Christianity after seeing the horrors of ISIS and other radical Islamists. We can praise God for this global miracle.

Then we can join him in this global awakening by praying daily for Muslims to see visions of Jesus and come to faith in him. We can ask God to help us share Christ with Muslims we know. And we can commit ourselves to being culture-changing Christians in America as salt and light for the Muslim world (Matthew 5:13-16).

US special forces risked their lives Saturday night to bring Abu Bakr al-Baghdadi to justice. What price will we pay to lead his followers to Jesus?

Postscript: The death of Abu Bakr al-Baghdadi is a developing story. I invite you to follow me on Twitter and watch my daily videos via Instagram Stories or YouTube as I respond to this and other news throughout the day.