The Crisis in Syria: What to Know and How to Pray 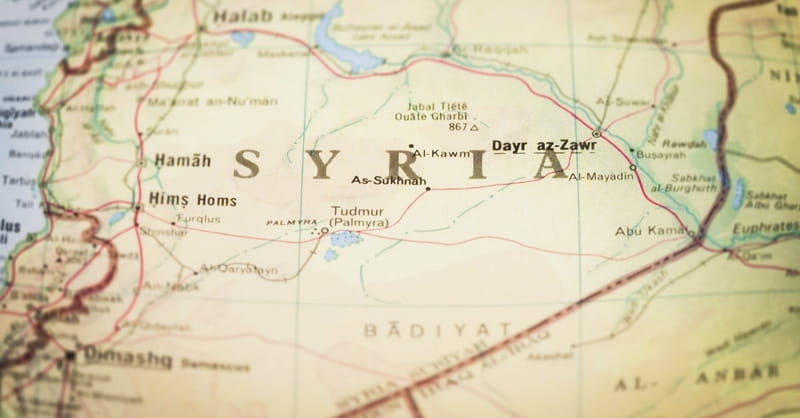 The Crisis in Syria: What to Know and How to Pray

This war-torn country is making headlines again with reports of a horrific chemical attack against civilians. According to this morning’s New York Times, President Trump could order airstrikes in retaliation as soon as today.

What do you need to know about Syria? How can you pray in response?

Who is fighting? Why?

Hafez al-Assad became the Syrian ruler in a 1970 coup. After his death in 2000, his son Bashar al-Assad was elected president (he ran unopposed).

Peaceful protests, as part of the 2011 Arab Spring, were repressed by the Syrian army. The ensuing civil war has involved the Syrian Arab Republic (Assad’s government), the North Syria Federation (primarily the Kurds), the Free Syrian Army (supported by Turkey, Qatar, Saudi Arabia, France, and Germany), Tahrir al-Sham (composed of al-Qaeda supporters and other jihadists), and the Islamic State.

Russia became engaged in 2015, lending crucial support to the Assad regime. Moscow seeks to protect its air base in the western province of Latakia and its naval facility at the Syrian port of Tartus (the sole Mediterranean base for its Black Sea fleet).

Iran is also a major supporter of the Syrian government, using the country as its main conduit to the Shi’ite militia Hezbollah in Lebanon. The US has supported anti-Assad rebel groups and led an international coalition bombing ISIS targets since 2014. And Turkey is involved in Syria primarily to block Kurdish territorial gains.

Syria denies ever using chemical weapons during this protracted war and claims it eliminated its chemical arsenal under a 2013 agreement brokered by Russia and the US.

Local activists told NBC News that they saw dozens of dead bodies, many of whom were children, in underground shelters across the city. One said he saw at least forty bodies in a basement and smelled very strong gas, adding that it was “definitely a chemical attack.”

The Syrian American Medical Society said more than forty-two casualties were found in their homes. It added that more than five hundred cases were brought to local medical centers with “symptoms indicative of exposure to a chemical agent.” Most of the victims were women and children.

President Trump has denounced the attack as a “barbaric act” and met late into Monday evening with senior military officers and national security officials as they plan a response. Yesterday, Israel reportedly targeted a Syrian air base with missile strikes. The United Nations Security Council met yesterday to discuss the chemical weapons attack; US Ambassador Nikki Haley said Russia’s hands are “covered in the blood of Syrian children.”

What can we do now?

So, how can we pray for Syria?

One: Pray for true peace.

Albert Einstein: “True peace is not merely the absence of war but the presence of justice, of law, of order–in short, of government.” Pray for justice in Syria. Pray for wisdom for the world’s leaders as they respond. Pray for an end to this horrific violence and for lasting peace in this war-torn country.

Two: Pray for the victims and those who serve them.

As of March 29, more than 5.6 million refugees have fled Syria. As many as 400,000 people have died in this civil war. Pray for those affected by this crisis and for churches, ministries, and relief agencies as they seek to help them.

Three: Pray for God to use you to answer your prayer.

Thousands of Syrian refugees have come to the US. One way God wants to redeem this tragedy is by using it to demonstrate his compassion for them and others in crisis.

You and I are the hands and feet of Jesus today (1 Corinthians 12:27). Have you asked your Lord how you and your church can extend his love and grace?

God’s word succinctly summarizes God’s expectations for God’s people: “What does the Lord require of you but to do justice, and to love kindness, and to walk humbly with your God?” (Micah 6:8).

What does the Lord require of you today?