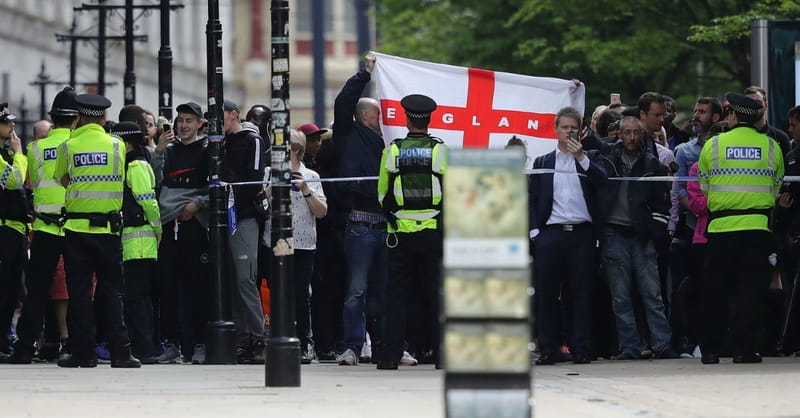 Last night, pop singer Ariana Grande finished a concert in Manchester, England, some 200 miles northwest of London. As the audience filled with teenagers began leaving the show, an explosion ripped into the crowd. At least twenty-two people were killed, and nearly sixty people were injured.

The blast went off around 10:35 PM in the foyer outside the main hall of the Manchester Arena, the largest indoor arena in Europe. Witnesses said the bomb appeared to have used nails; such shrapnel increases a bomb’s ability to wound its victims.

Police believe a man carrying explosives acted as a lone attacker and died in the blast. British Prime Minister Theresa May chaired an emergency Cabinet meeting this morning and called the episode an “appalling terrorist attack.” She just announced that police and security staff believe they know the identity of the apparent suicide bomber but are not revealing the name for the time being. Police just arrested a twenty-three-year-old man in connection with the attack.

As of this moment, we do not yet know who is responsible for this atrocity. Here’s what we do know.

One: We can expect such attacks to continue. As I am writing this morning, police have just evacuated a shopping center in Manchester, where witnesses heard a “big bang.” British police have said they are making an arrest every day on average in connected with suspected terrorism.

Radicalized Muslims believe that the West has been attacking Islam for centuries. Since Britain and other Western countries are democracies where we elect our leaders and support our military, they consider us complicit in this perceived attack on their religion.

Thus, they believe that there are no “innocent” victims in the West. Terrorists strike at targets that are most likely to terrorize us. As Prime Minister May noted, the attack “stands out for its appalling, sickening cowardice, deliberately targeting innocent defenseless children.”

Two: If the attacker was Muslim, he or she does not represent Islam. Radicalized Islamists are a small minority of the larger Muslim world. They have killed many more Muslims than non-Muslims.

Muslim leaders continue to condemn their atrocities. For example, Harun Khan, secretary general of the Muslim Council of Britain, said of the Manchester attack, “This is horrific, this is criminal. May the perpetrators face the full wrath of justice both in this life and in the next.”

Three: We must pray for spiritual victory against our spiritual enemy. Radical Islamist groups seek nothing less than global conquest for their religious ideology. As followers of Jesus, we are on the front lines of this spiritual conflict. We must pray daily for spiritual awakening in the Muslim world and especially among jihadists. This battle will be won on our knees.

Erasmus noted that Satan hates nothing so much as for his evil to be used for good. Today and each time terrorism makes the news, let’s turn such tragedy into intercession. In fact, I invite you to join me right now in praying for those victimized by the atrocity in Manchester. Pray for British leaders and police to be effective in protecting their people.

And pray for radicalized Islamists to repent and follow Jesus. If you think such a miracle is impossible, remember the Apostle Paul. If the “chief of sinners” could turn to Jesus (1 Timothy 1:15), is anyone beyond the reach of grace today?

NOTE: In response to President Trump’s visit to the Western Wall yesterday, I wrote an article for our website explaining the significance of the Wall for the Middle East and for our souls. I invite you to read it here.

Photo: Crowds of people wait outside after police avacuated the Arndale Centre on May 23, 2017 in Manchester, England. An explosion occurred at Manchester Arena as concert goers were leaving the venue after Ariana Grande had performed. Greater Manchester Police are treating the explosion as a terrorist attack and have confirmed 22 fatalities and 59 injured.