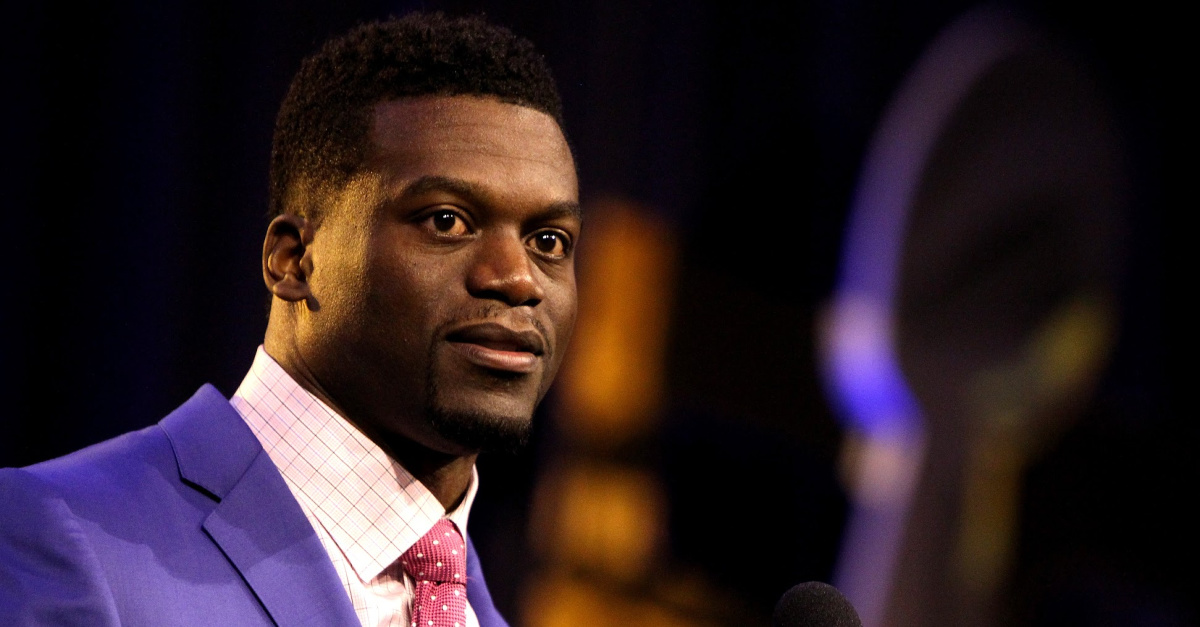 Note: I am very grateful to my son, Ryan Denison, for writing the Daily Article while I was on vacation last week. Thank you for your many words of support for his work. It is a great honor to share this ministry with you each day.

Boston Common is one of my favorite places in America. Founded in 1634, it is the oldest park in the United States.

Colonial militia mustered here for the Revolution; George Washington came to the park to celebrate our nation’s independence. In the 1860s, the park was used for Civil War recruitment and antislavery meetings. Victory gardens sprouted during World War I; most of the Common’s iron fencing was donated to the war cause during World War II.

I remember vividly my visit to the Common some years ago. Everywhere I looked, history looked back.

Benjamin Watson played tight end in college. Upon graduation, his Wonderlic score (measuring math, vocabulary, and reasoning) tied for the third-highest in National Football League history. He was drafted in the first round by the New England Patriots; his team went on to win Super Bowl XXXIX in 2005. He played sixteen seasons in the NFL.

Watson met his wife through the Fellowship of Christian Athletes at the University of Georgia. He has defended the unborn boldly and been outspoken about his faith for many years.

Yesterday, however, his faithful leadership may have been more crucial than ever.

Watson leveraged his influence to sponsor Boston Pray: Seeking Unity and Justice. The event’s Facebook page explained: “As Christians in and around Boston, we are grieved by the recent murders of unarmed African Americans, including George Floyd, Ahmaud Arbery, Breonna Taylor, and the systematic oppression of those peoples. We recognize that the underlying sin of racism is plaguing our city and nation.

“This is a crucial time for Christians to come together across boundaries to be a catalytic voice for kindness, justice, and righteousness. All are welcome to join in united prayer, scripture, and song in the Parkman Bandstand of the Boston Common on Sunday, June 14 from 2:30 to 3:30 p.m. Please wear a mask and take care to physically distance from others, and help us to spread the word!”

I watched the livestreamed service and was deeply impressed. The crowd included African Americans, Anglos, Hispanics, and Asians. They applauded and prayed for the police and local leaders before interceding for our nation. Watson noted that we need awareness, advocacy, and action, then closed by inviting those attending to trust in Christ personally as their Savior.

How to "delight" God

Watson began yesterday’s service by quoting Jeremiah 9:24: “Let him who boasts boast in this, that he understands and knows me, that I am the Lord who practices steadfast love, justice, and righteousness in the earth. For in these things I delight, declares the Lord.”

“Steadfast love” is the Hebrew equivalent of the Greek agape, referring to unconditional love. “Justice” points to actions that arise from a just nature. “Righteousness” refers to honest behavior.

As the New American Commentary notes, “These three terms express the very heart of Hebrew religion. They are not only the attributes of God; he delights in those who manifest these same qualities.”

As a result, God “practices” them—the Hebrew means to produce and exercise. He does this “in the earth,” at all times, and in all places with all people without exception.

Now he calls us to do what he does, testifying that “in these things I delight.” He wants us to find ways to love others unconditionally, without regard for their race or any other characteristic. And he wants us to express this love by seeking justice for them and acting honestly with them.

"Two generations from being forgotten"

Here’s a question every American should ask themselves: What can we do to answer God’s call to inclusive love and racial justice that we could not do before George Floyd’s tragic death?

Benjamin Watson, as a Super Bowl champion with the New England Patriots, has an obvious platform in Boston. But if he had called for an hour of prayer and worship before Mr. Floyd’s death, how many people would have taken note? In response to the events of recent weeks, his prophetic leadership has made a profound impact in Boston and around the world.

Like Watson, you and I have been entrusted with influence by our Lord. He holds us responsible for producing “steadfast love, justice, and righteousness” in our culture.

In fact, we will stand before Jesus one day in judgment, where each of us will receive “what is due for what he has done in the body, whether good or evil” (2 Corinthians 5:10). On that day, we will learn that all we do to serve others, we do for him (Matthew 25:40).

Benjamin Watson recently declared, “Our ultimate purpose in life is to glorify God.” He suggested, “If you ever think you’re too important, ask your kid about your grandfather, she doesn’t know him. That’s how fast we are here. You are two generations from being forgotten.”

As a result, he noted, it is vital that we realize “we are part of a larger body, globally, internationally, and it’s simply our turn to carry the torch.”

What torch will you carry today?

NOTE: Thanks to the tireless efforts of my son Ryan, our newest book is now available. In 7 Deadly Sins: How Our Oldest Temptations Can Lead You From Vice to Virtue, we investigate the biblical and historical significance of pride, envy, wrath, slothfulness, greed, gluttony, and lust. Then we look at how these “gateway sins” can actually point us to God—so long as we stop trying to avoid sin and rather replace it with God-honoring actions. Please request your copy today.