South Carolina City Removes Monument to Fallen Officers: How Vocal Should Christians Be? 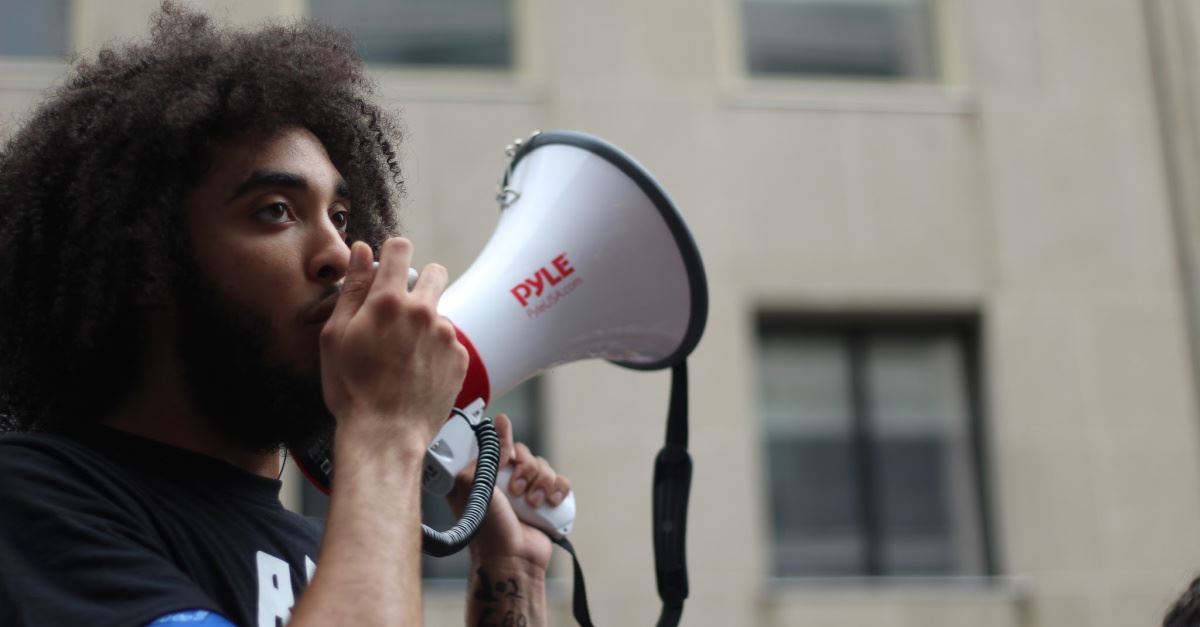 South Carolina City Removes Monument to Fallen Officers: How Vocal Should Christians Be?

Note from Dr. Denison: While my wife and I are on vacation, our oldest son, Ryan, is writing The Daily Article. Ryan is an MDiv graduate of Truett Seminary currently completing his PhD in Church History. He has written The Daily Article in my absence in the past and was the co-author of our latest publication, How Does God See America? I am honored to share this ministry with him.

A monument donated to the local police department of Tega Cay, South Carolina, is making headlines today after the City Council chose to remove it only a few weeks after it was put in place.

The monument contained a reference to Matthew 5:9, in which Jesus stated, “Blessed are the peacemakers, for they will be called children of God,” as well as a prayer asking the Lord for courage, strength, and compassion, among other qualities.

After complaints began to come into the City Council, officials decided to scrub the word Lord from the prayer, before recently deciding to simply remove the monument for the time being.

While officials may have hoped that removing the monument would end the argument, that’s not what has happened in the days since. Rather, complaints have continued to file into the office, this time from those angered that the memorial is no longer present.

As Tega Cay City Manager Charlie Funderburk described it, “There’s no win here at all,” which is probably the only aspect of this controversy everyone can agree on.

How to know when to speak—and when to wait

In yesterday’s article on the Mueller hearing and nonpartisanship, we discussed some of the reasons why we need to be cognizant of not only the views we take but also about how we express them if we want to be faithful to the gospel calling each of us has received. Stories like the situation emerging in South Carolina highlight why that can be so difficult.

The basic reality is that, in today’s world, the quickest results often come from the loudest voices. Vocal minorities on a given issue can wield more power than silent majorities because the predominant goal of many in our culture is tolerance and appeasement.

So, does that mean we too should strive to be the loudest voice on a given issue? Would the kingdom be better served if Christians were more vocal about the times when it seems like people act in a way that runs counter to the gospel?

The truth is, there are times when what the culture and God’s kingdom need most is for us to be vocal about our faith and biblical morality—like when Peter and John stood before the Sanhedrin in Acts 4.

There are other times, however, when our greatest and most lasting impact will come from taking an approach that focuses less on public pronouncements and more on simply living out our faith while we wait for others to ask us about our faith.

But how do we determine which path is best for a given situation?

To begin, let’s be sure that we’re never in such a hurry to be heard that we forget to ask God. His opinion should always carry the greatest weight, and his guidance will always lead to a better outcome than we could achieve on our own. If the goal is not just to be heard but to truly make an impact for the kingdom (which should always be our purpose), then we’re going to need his help.

Yet, there will be times when God’s answer doesn’t come in the form of a clear yes or no. Rather, it will be a nudging of our hearts and minds that can be far more difficult to clearly discern. In those cases, we would benefit from remembering three basic principles.

First, speak as though someone is listening.

This may sound obvious, but how many times have you read something on Facebook or Twitter where it seemed like people simply lost track of their internal monologue for a few minutes and now the world is subjected to a thought that never should have left their heads?

As Christians, we cannot afford for this to happen to us. David’s prayer in Psalm 141 would make for a great background on our phones and computers: “Set a guard over my mouth, Lord; keep watch over the door of my lips” (Psalm 141:3).

When people know you’re a follower of Christ, you never just speak for yourself. You speak for all of us, and, most importantly, for the Lord as well. So choose your words carefully. Make sure that God is the filter through which your thoughts must pass before they are set loose on the public.

Second, speak as though you’ll get a response.

While this principle is linked to the first in many ways, it’s worth mentioning on its own. A quick perusal of any controversial topic on social media will make clear that many who express their thoughts fully expect them to be lost in the vacuum of a conversation that goes far beyond themselves.

That will often be the case, but if we ever type or speak to another person with words we would not share to their face, then chances are it’s not the kind of conversation that is going to bless the Lord or further the gospel.

There are multiple ways to blow off steam or scream into the wind, if that’s what you feel you most need to do in a given situation. Expressing those views on a platform in which others will see them and can respond is simply inviting trouble.

Third, speak with the hope of eventually getting to the gospel.

Not every conversation we have as Christians needs to be centered on sharing the message of Jesus with others. It’s perfectly fine to discuss sports, movies, current events, and even politics without the goal of moving the discussion back to Christ.

But if we ever engage in that dialogue in a manner that would make such a move impossible, we’ve crossed a very important line.

Never make the mistake of assuming there is a topic the Holy Spirit cannot use to bring people to salvation. Every discussion begins with that capacity, but if we are careless with the words we choose and the way we express them, we can quickly shut that down and hinder the Lord’s ability to bring someone into the fold of his family.

From the moment it was installed, the Tega Cay monument was probably doomed to be the subject of division. And it will hardly be the last such object to touch off similar debates.

While that reality is disappointing in many respects, it also means that we are never going to lack opportunities to express our views in a way that brings glory to God and can make a genuine impact on the lives of others.

However, it also serves as a warning that we’re never more than one comment away from bringing shame to the Lord and his kingdom.

That’s an awesome responsibility, but it’s also one that each of us must carry and carry well if we want to help the lost around us find God.

Have you asked for his help with that burden today?