Simone Biles is the Michael Jordan of Gymnastics 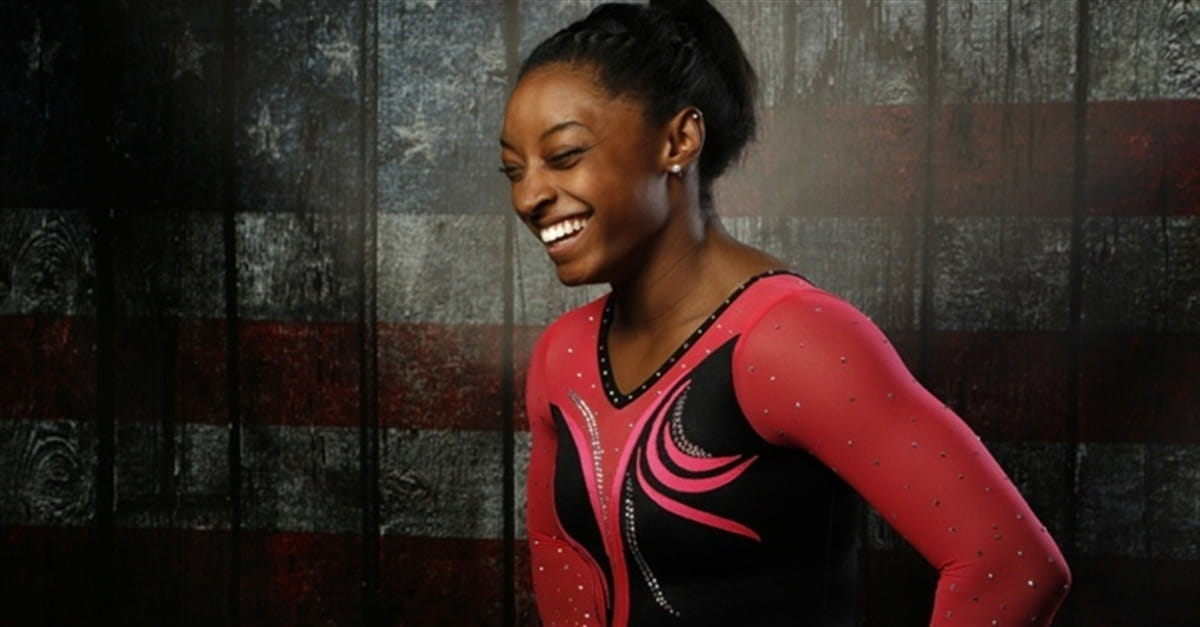 Simone Biles is the Michael Jordan of Gymnastics

To say that Simone Biles is a gymnast is like saying Michael Jordan played basketball. Gymnastics legend Mary Lou Retton says she is "as dominant as Michael Jordan was when he was on the top of his game." A commentator this morning calls her "the most dominating gymnast the sport has ever seen."
Simone is a three-time world all-around champion, four-time US national all-around champion, three-time world floor champion, and two-time world balance beam champion. Yesterday she was part of the US team that won gold in the women's all-around competition at the Rio Olympics.
Simone has been in the news for more than her stupendous gymnastic achievements, however. Earlier this week, NBC announcer Al Trautwig referred to her adoptive parents as her "grandparents." An adoption advocate reached out to correct Trautwig, but he stood firm: "They may be mom and dad but they are NOT her parents." Her coach then tweeted the announcer, "Actually they are her parents." Trautwig finally admitted his mistake and agreed that "Ron and Nellie are Simone's parents."
Here's the rest of her story.
Simone and her three siblings were born to drug-addicted parents who struggled to care for them. Her father abandoned her mother and was never present in Simone's life. She bounced back and forth between state and foster care. When she was six years old, her grandparents officially adopted her and her sister.
They introduced her to gymnastics and to their Christian faith. She attends mass with her family every Sunday, prays regularly, and carries a rosary her mother gave her. Now she is poised to make history.
In an eternal sense, however, she already has.
Simone Biles will be in heaven because two godly parents adopted her on earth. She is an inspiration to millions because they are an inspiration to her. It's hard to think of a way we can impact a life more directly than when we adopt a child. Simone's children and their children and their children will forever be different because her adoptive parents shared God's love with her.
The bad news is that too few children eligible for adoption get adopted. There are 107,918 foster children waiting to be adopted in the US. Every year, about 23,000 children age out of foster care without finding a permanent family. Tragically, only 2 percent of them will get a college education. Eighty percent of the prison population comprises adults who were in the foster care system at some point in their childhood.
The good news is that organizations like #StandForLife are here to help. They share "stories of grace and redemption that demonstrate the beauty surrounding every human being given the opportunity to live." Their stories about adoption are life-changing and God-glorifying.
Each of us was a spiritual orphan until our Father adopted us as his children (Ephesians 1:5; Galatians 4:5–7). Now he wants us to share his inclusive love with those who need it most.
How can you help?
You can pray for #StandForLife and put their filter on your social media profile picture. You can pray for those who are awaiting adoption and those called to adopt. And you can ask God if he would have you adopt a child. The next Simone Biles may be God's answer to your prayers.
Publication date: August 10, 2016