Should You Attend a Same-Sex Wedding? 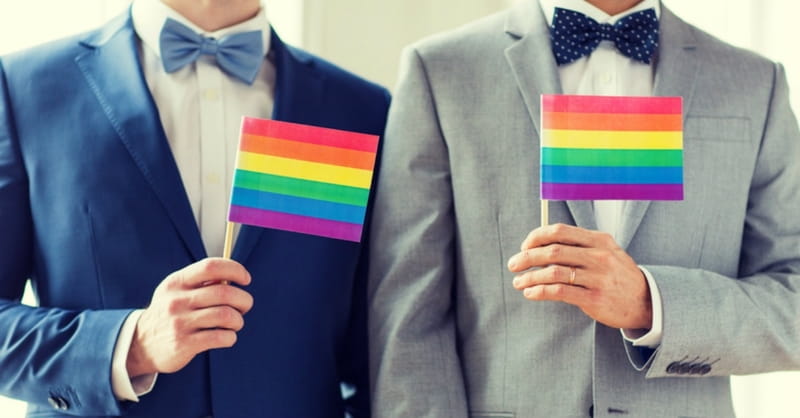 Should You Attend a Same-Sex Wedding?

A newly married same-sex couple wants to “show the whole world that you can be gay and Muslim.” Jahed Choudhury and Sean Rogan were married in Walsall, a town 130 miles northwest of London.

However, Islam prohibits same-sex marriage. As a result, some members of Mr. Choudhury’s Muslim family disagreed with his decision. He told reporters, “This is about showing people I don’t care, my family doesn’t want to come on the day, they just don’t want to see it, it’s too embarrassing for them.” His family is certainly not the first to face this question.

In fact, a reader who has been invited to a family member’s same-sex wedding wrote to me recently asking how he should respond. If you’ve not been in this position yet, likely you will be in years to come.

One: Scripture forbids same-sex sexual relations. I have written extensively on this issue (see my How to Defend Biblical Marriage, for example). A same-sex marriage contradicts God’s intention for us.

(Some claim that God’s word doesn’t address this subject, alleging that such marriages did not exist in the biblical era. This is not true. Same-sex relations were known in ancient Canaan; the emperor Nero was married to two men in separate ceremonies. Biblical writers had abundant opportunity to endorse such relationships, but they consistently forbade them.)

Three: We should not endorse what the Bible prohibits. Paul refused to engage in behavior that would make his brother “stumble” (1 Corinthians 8:13). Our witness is vital to our public ministry as followers of Jesus.

How do these facts help us decide whether to attend a same-sex wedding? Here’s my position: I would not attend the wedding or the reception since my presence at either would suggest that I approve what God forbids.

However, I would meet with the couple beforehand to explain: because I care for them, I cannot endorse what I believe is not best for them. I will pray for them and want to be involved in their lives. But I believe that a wedding celebrates a sacred covenant between a couple and God. I cannot attend such a ceremony if it violates his word and will.

Since my decision may damage my relationship with the couple, I would do all I could before and after the wedding to demonstrate my love for them. Jesus ate with sinners (Matthew 9:10) and calls us to love everyone he loves. But love sometimes requires us to say what people need to hear even when it is not what they want to hear.

“Speaking the truth in love” (Ephesians 4:15) is our challenge, our mandate, and our privilege.