Sending the Bat-Signal in ‘Times of Trouble’ 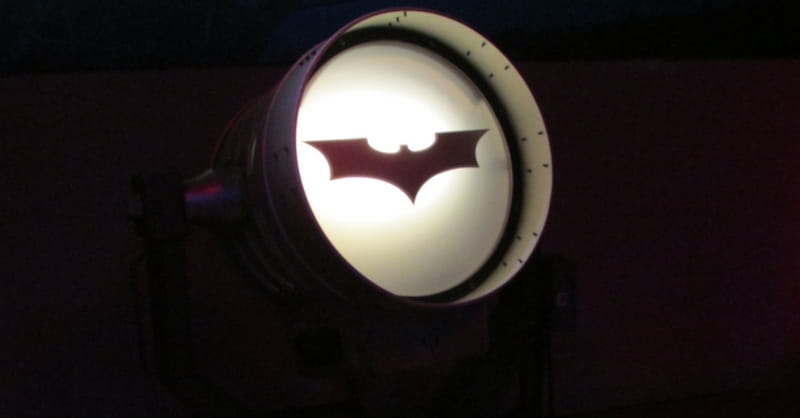 Sending the Bat-Signal in ‘Times of Trouble’

The Bat-signal was projected onto City Hall last night in Los Angeles, but Batman did not respond. Adam West, who played the superhero in the 1960s television series, died last week at the age of eighty-eight. However, he was only one of eight men to play the role over the years, five of whom are still alive.

Lewis G. Wilson was the first and least successful Batman, playing the role in 1943. Critics complained that his voice was too high and that he had a Boston accent. Robert Lowery played the role in 1949, then Adam West took over on the TV series that ran from 1966 to 1968. Next came Michael Keaton in 1989, followed by Val Kilmer, George Clooney, Christian Bale, and now Ben Affleck.

(A bit of movie trivia: two years after the Batman series went off the air, West was offered the role of James Bond in Diamonds Are Forever. He turned it down, believing that Bond should always be played by a Brit.)

The popularity of movie superheroes is at an all-time high—Marvel is releasing at least two films a year, and DC is making more than ever before. One columnist explained, “In times of trouble, people tend to wish for someone who is bigger than them to help them. . . . When things get scary, we all want someone to save us, to tell us things will be okay.”

These are indeed “times of trouble,” but the good news is that normal people can be the superheroes we need.

Late night talk show hosts put aside their political vitriol to encourage unity. For instance, Stephen Colbert, who typically ridicules President Trump each night, stated: “Thank you to the congressional leadership and to the president for responding to this act of terror in a way that gives us hope that no matter our differences, we will always be the United States of America.”

Republican and Democratic members of Congress wrote op-eds for CNN yesterday calling all Americans to empathy and unity. Since the shooting, I have observed more emphasis in the media on unifying our country than I have seen in years. The tragedy in Virginia reminds us that the partisan hostility of these days can destroy lives and damage our nation.

We will be the “United” States of America to the degree that we choose to remain so.

Followers of Jesus have a strategic role to play. Scripture is clear: “Let no corrupting talk come out of your mouths, but only such as is good for building up, as fits the occasion, that it may give grace to those who hear” (Ephesians 4:29). We are commanded “to speak evil of no one, to avoid quarreling, to be gentle, and to show perfect courtesy toward all people” (Titus 3:2). When we stand boldly for truth (Acts 4:8–12) in a spirit of love (Ephesians 4:15), we imitate Jesus (Luke 23:34) and love our neighbor as ourselves (Matthew 22:39).