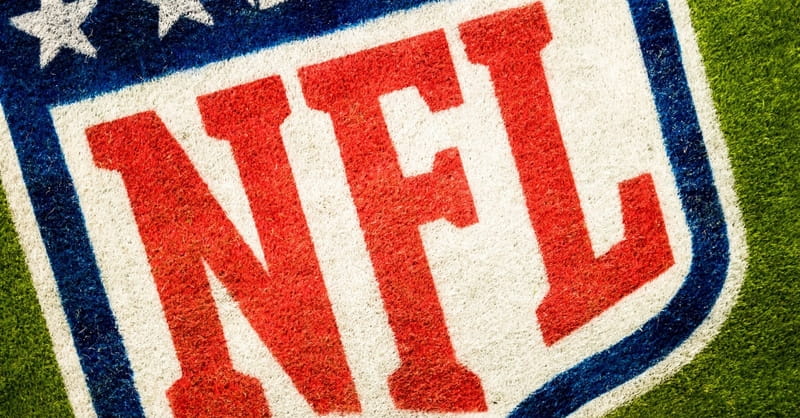 New Orleans Saints defensive end Mitchell Loewen was eating brunch with his wife and son last Sunday afternoon in downtown New Orleans. Suddenly he heard what sounded like “a bomb or an earthquake.”

He and others ran outside to find a silver Mercedes SUV lying upside down in the middle of the street. It had just plummeted from the fourth floor of an adjacent garage building.

Loewen later told reporters, “There were a bunch of people standing around, but not approaching the car and I was like, ‘What’s up, let’s help this guy.’ I mean, obviously there was someone in there. I wasn’t going to just stand by and watch. It was a life or death situation.”

The football player called people to help, and together they flipped the car onto its side and then upright. Loewen wrenched the door open, ripping it off its hinges, and leaned into the car to speak with the driver.

“He didn’t say much, he was just thanking us all. I hugged him and told him he was going to be OK, and then I prayed with him,” Loewen said. Paramedics arrived and took the man to the hospital; a police spokesman said he is expected to survive.

“A world of wealth for an inch of time”

We live in a dangerous world in need of more heroes.

A possible serial killer was arrested in Houston yesterday. A teenage girl died recently after eating a Reese’s Chips Ahoy! cookie she thought was a regular chocolate chip cookie. And twenty-three people were injured when a “lava bomb” crashed through the roof of their tour boat in Hawaii.

Money cannot buy tomorrow. Amazon’s Jeff Bezos is now the wealthiest man in modern history, but he’s not guaranteed to live until Thursday. Warren Buffett has donated more than $30.9 billion to different charities over the years, but benevolence cannot defeat mortality.

On her deathbed, Queen Elizabeth I cried out, “Time, time, a world of wealth for an inch of time.”

The League of Nations led to the United Nations, but nations still go to war. Treaties are made and broken. Stock markets rise and fall. Medical breakthroughs cannot prevent new diseases.

In his fascinating book, Technology and Social Trends: A Biblical Point of View, Kerby Anderson notes: “Predicting the future is difficult. After World War I the European nations assumed that the peace treaty would guarantee that Germany would not reemerge. Twenty years later it looked like Germany would dominate the world. By the 1960s, Germany was split down the middle, and the challenge was the Cold War between the two superpowers of Russia and the United States. By the 1990s, the Soviet Union collapsed, leaving the US as the sole superpower. Then came September 11, 2001, that focused our country and the world on Muslim terrorism. Just about the time we think we know what the future holds, the world changes.”

What is the safest route to lasting security? The Bible offers God’s paradoxical answer.

“Aim at heaven and you will get earth ‘thrown in'”

In Psalm 27, David faced “evildoers” who sought to “eat up my flesh” (v. 2). Yet he could testify: “Though an army encamp against me, my heart shall not fear; though war arise against me, yet I will be confident” (v. 3).

How could one man feel so secure while facing an entire army?

David continued: “One thing have I asked of the Lord, that will I seek after: that I may dwell in the house of the Lord all the days of my life, to gaze upon the beauty of the Lordand to inquire in his temple” (v. 4).

He knew what would result from his singular focus on practicing the presence of God: “He will hide me in his shelter in the day of trouble; he will conceal me under the cover of his tent; he will lift me high upon a rock” (v. 5).

Here’s the paradox: If David sought security more than he sought the presence of God, he would forfeit both. By seeking the latter, he would also experience the former.

“We are more than conquerors”

Neither David nor I are claiming that intimacy with God guarantees a life free of disease and disaster. The Book of Job, the apostles’ martyrdoms, and Jesus’ innocent death prove that we all live in a broken world.

Paul quoted Psalm 44:22 in describing the travails of Christians in Rome: “For [God’s] sake we are being killed all the day long; we are regarded as sheep to be slaughtered” (Romans 8:36). But then he proclaimed: “In all these things we are more than conquerors through him who loved us” (v. 37).

One reason our loving Father allows suffering is that it reveals our need for his provision. Another is that pain provides faithful Christians with our most powerful platform for witness.

Our skeptical culture can dismiss the relevance of our faith when all is well with us. But people watch carefully when we suffer. Tested but triumphant faith honors the One whose strength we display to the world.

What test will you trust to your Father right now?