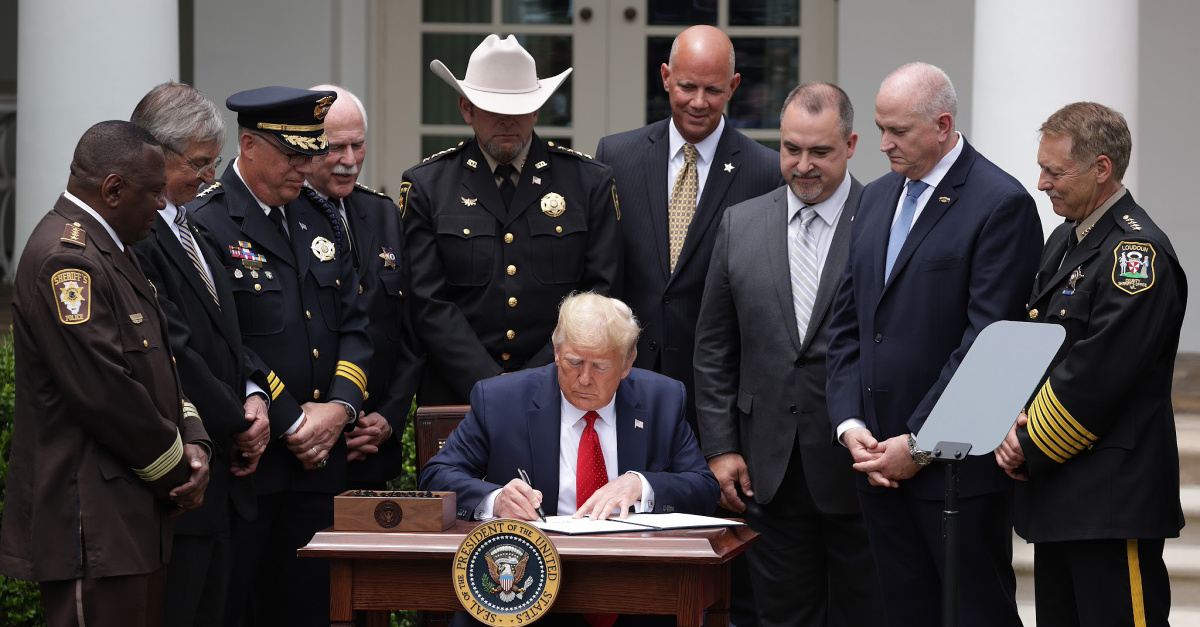 President Trump signed an executive order on police reform yesterday. He stated that “chokeholds will be banned except if an officer’s life is at risk.” In addition, the federal government will provide funding for “co-responders” like social workers to help police officers deal with issues such as homelessness, mental illness, and substance abuse.

In other news, Dr. Anthony Fauci told a British newspaper, “I would hope to get to some degree of real normality within a year or so. But I don’t think it’s this winter or fall.”

Two days that revealed the world

March 11 was a day that changed the world. That was the day Tom Hanks and his wife, Rita Wilson, announced they had been infected with the virus that causes COVID-19 and the day the NBA suspended its season.

Actually, March 11 was the day when the world became aware of a reality that already existed. A disease that began in China the previous year has now infected more than eight million people and caused more than 443,000 deaths as of this morning.

May 25 was a second day that changed the world. That was the day George Floyd died in the custody of Minneapolis police officers. The response to his tragic death has become a global movement to combat racism in all its forms.

Actually, May 25 was the day when the world became aware of a reality that already existed. African slaves were first imported into what we know as America four hundred years earlier. Racial minorities have been dealing with discrimination for centuries.

Awareness of racism in the past

If you’re like most of us, you wish we were making more progress than we are on both fronts. To that end, let’s consider a call issued last Sunday by former New England Patriots tight end Benjamin Watson at an event he hosted called Boston Pray. As I noted in the Monday Daily Article, the hour of prayer, worship, and Bible study was remarkably powerful and hopeful.

At one point, Watson stated that to make progress on racial justice, we need awareness, advocacy, and action. Today and for the rest of this week, we will focus on all three.

Mark Noll is one of America’s preeminent church historians. A recipient of the National Humanities Medal, he has taught at Wheaton College, Notre Dame, and now at Regent College.

Over the weekend, I read his remarkable study, God and Race in American Politics: A Short History. He notes that many Europeans came to the New World with the firm belief that they were racially superior to the indigenous people they found here and to the millions of Africans who were eventually enslaved in America.

Awareness of racism in the present

Noll writes that less than a decade after the end of the Civil War, “the unleashing of lynch-law terrorism, the general lack of concern for black civil rights in the North, and the imposition in the South of Jim Crow laws to quash black political participation” were inflicted on the nation’s African American population. (“Jim Crow laws,” named for a black minstrel show character, were a collection of state and local statutes that legalized racial segregation.)

As Noll notes, the consequence was a functional repeal of the Fourteenth and Fifteenth Amendments. It took almost one hundred years after the Civil War ended for civil rights legislation to ban racial discrimination and remove legal barriers to voting by African Americans.

Unfortunately, many white Americans think this legislation ended the problem of racism in our country. As African Americans across our country have been saying in the wake of George Floyd’s death, this is tragically far from true.

I am convinced that until our nation embraces our Father’s love for all people of all races, we cannot be the nation he wants us to be. Since “God shows no partiality” (Acts 10:34), we must reject all prejudice. Since he “made from one man every nation of mankind” (Acts 17:26), we must embrace all men and women as our brothers and sisters.

The good news is that our living Lord stands ready to empower us as we seek to make true our nation’s founding claim that “all men are created equal.”

I am joining you in all three prayers today in the assurance that hope is alive because Jesus is alive.

Who will experience hope because Jesus is alive in you?

NOTE: Our latest book is now available. In 7 Deadly Sins, my son Ryan and I look at how our oldest temptations can lead you from vice to virtue. No matter your sin struggle, I know you will find valuable, practical, biblical help within its pages. To request your physical copy, please click here.