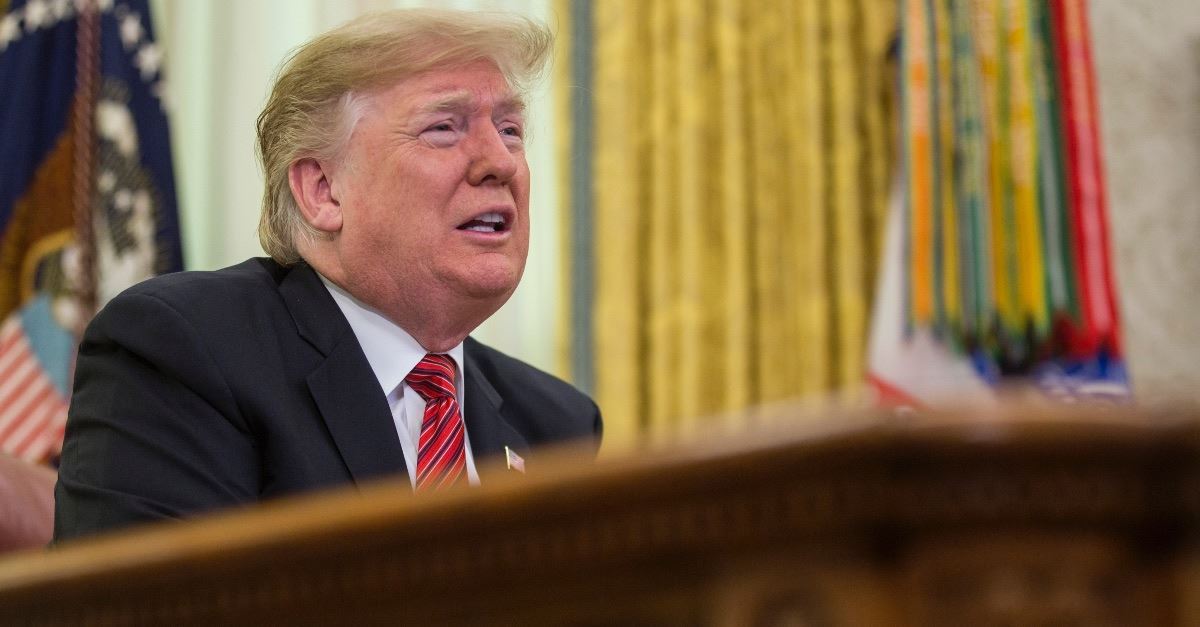 News broke yesterday afternoon that President Trump will sign a border security compromise package that averts another government shutdown. However, this package does not include all the funds Mr. Trump has requested for continued construction of a barrier along our southern border.

ABC News reports that the president plans to announce today his intention to spend about $8 billion on the border wall with a mix of spending from congressional allocations, executive action, and an emergency declaration.

As a nonpartisan ministry, my purpose is not to offer a personal opinion on the political issues involved here. Nor is it to focus on the border wall itself, a subject I addressed recently.

Rather, my goal today is to consider the divisive response to these developments.

White House Press Secretary Sarah Sanders: “The president is once again delivering on his promise to build the wall, protect the border, and secure our great country.”

Democratic leaders Nancy Pelosi and Chuck Schumer responded: “Declaring a national emergency would be a lawless act, a gross abuse of the power of the presidency and a desperate attempt to distract from the fact that President Trump broke his core promise to have Mexico pay for his wall.”

Being Baptist and working for IBM

There are clearly significant debates dividing Americans today. Many of us are fundamentally opposed on foundational issues such as abortion, same-sex marriage, and euthanasia.

As I wrote recently, media bias also plays a part in the escalating divisions of our day. And the deterioration of traditional religious and institutional affiliations has dissolved valuable cords of community.

There was a time when people spent their lives being Baptist or Catholic and working for IBM or General Motors. As denominational commitment and corporate loyalty have declined, a larger sense of community has decayed with them.

But there’s another foundational issue at work, one we don’t recognize as easily but which affects us all.

The US Census Bureau reports that in 1910, 28 percent of Americans lived in metropolitan areas; in 2000, 80 percent of us lived in cities. In 1900, the most common American household contained seven or more people; in 2000, it contained two people.

Brown University’s Marc Dunkelman notes that communities and townships have been replaced with networks in which we keep in touch only with our closest friends and families. There was a time when we interacted with our neighbors, whether we agreed with them or not. Now we choose community based on commonality.

Nebraska Sen. Ben Sasse agrees. In Them: Why We Hate Each Other–And How to Heal, he notes that “cultural fragmentation, technological developments, and economic upheaval have undermined the feeling of togetherness that Americans shared just a few short decades ago.”

Sasse points to a time when “people walked away from political conversations without thinking ill of each other because that kind of talk happened in the context of actual relationships centered around local things that were a lot more important” (his emphasis). He believes that the partisan rancor of our day has escalated “because the local, human relationships that anchored political talk have shriveled up. Alienated from each other, and uprooted from places we can call home, we’re reduced to shrieking” (his emphasis).

As a result, “anti-tribes” have risen up to fill the void left by the collapse of “the natural, local, embodied, healthy tribespeople have traditionally known.” “Anti-tribes” are united not by their commitment to the common good but by their common enemy.

Sasse calls us to reject “anti-tribes,” elevate civic values above political divisions and invest in local, diverse community. He concludes: “It’s not legislation we’re lacking; it’s the tight bonds that give our lives meaning, happiness, and hope. It’s the habits of heart and mind that make us neighbors and friends.”

In such a divided and chaotic day, Christianity offers something unique and vital.

The church is consistently pictured in Scripture as a community–a vine with many branches (John 15:1-8), a body with many members (1 Corinthians 12:27). But our community is based on unity, not uniformity.

Jesus’ first followers were a widely disparate group. They included those who collected taxes for the Roman Empire and zealots committed to its violent overthrow. Women, Gentiles, Samaritans, and former lepers and demoniacs were all part of his movement.

When Peter preached at Pentecost, people from fifteen different language groups heard the gospel (Acts 2:9-11). From its inception, the Christian movement united Jew and Greek, slave and free, male and female (Galatians 3:28).

“God loves people because of who God is”

The more divisive our secular culture, the more essential our spiritual community. There is room at the cross for those who passionately support President Trump and those who bitterly oppose him. There is room for Democrats, Republicans, and independents. That’s because “God so loved the world” (John 3:16).

Such community starts with us. Do you know that you are welcome in God’s family no matter your past, present, or future? His love for you does not depend on you. There’s nothing you can do to make God love you any more or any less than he already does.

Now that we know we are loved without condition, we are called to love others the same way. The more we disagree with someone, the more we need to love them. The alternative is a cycle of hatred and retribution that never ends but only escalates.

Who especially needs such inclusive love from you today?

NOTE: In today’s chaotic culture, we are increasingly faced with faith-related questions that can be challenging and impossible to answer. In this week’s video from our YouTube series, “Biblical Insight to Tough Questions,” we tackle the question of whether or not we’re in the end times. Thanks for turning to Denison Forum to discern news differently and build a movement of culture-changing Christians.