'Poly-Parent Households,' 'Tri-Parenting,' and the Urgency and Hope of Biblical Truth 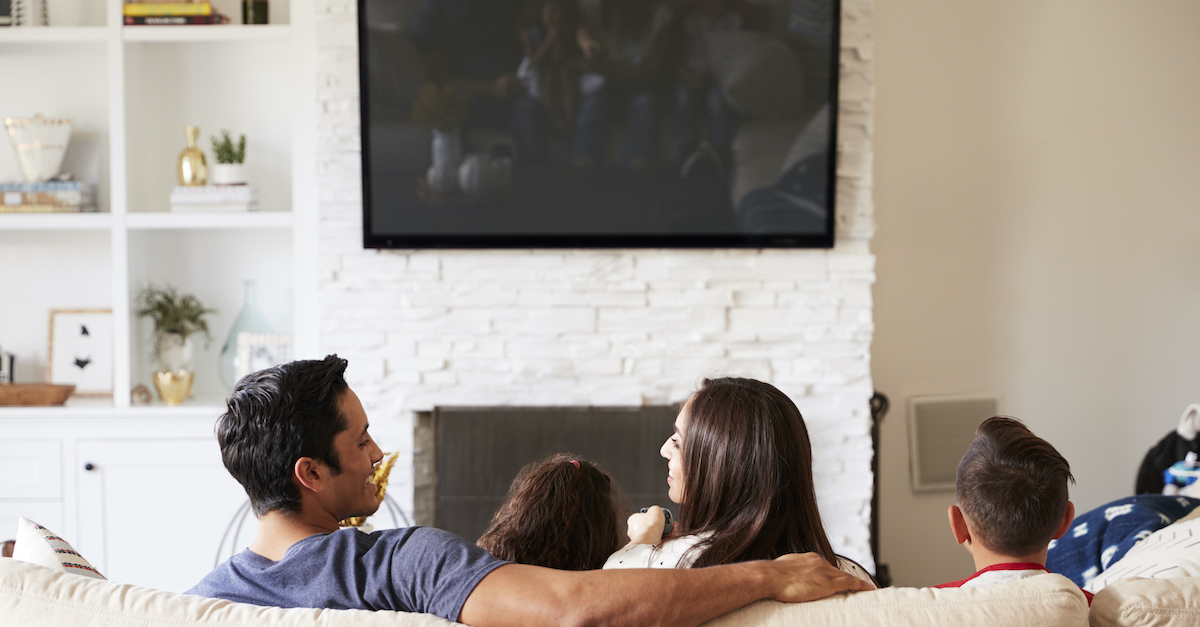 'Poly-Parent Households,' 'Tri-Parenting,' and the Urgency and Hope of Biblical Truth

A physicist has calculated that the universe will end in the “next few trillion years.” According to other experts, it could end for us far sooner.

NASA Administrator Jim Bridenstine recently testified before Congress that an asteroid strike is perhaps Earth’s biggest threat. Last Sunday, his fears were made real when an undetected asteroid made the closest pass without hitting our planet ever recorded.

Here’s the troubling part: NASA did not see the object until six hours after it flew past us. While it was small enough that it would likely have broken up in the atmosphere, it was undetected until it would have been too late to respond.

What happened in the skies overhead is a metaphor for what is happening in the world around us. And the situation is more dire than most seem to think.

Technology that "changes everything we’ve ever known"

This New York Times headline caught my eye: “The Poly-Parent Households Are Coming.” The author points to “a technological revolution in baby making” called IVG (in vitro gametogenesis).

This process would allow anyone to manufacture an egg or sperm cell from a sliver of their own skin and that of others. Children could be created with genetic material from anyone and any number of people, whatever their gender or relational status.

IVG is already in laboratory experimentation. If successful for humans, the author states that it would “dismantle completely the reproductive structure of heterosexuality” through technology that “changes everything we’ve ever known about sex and babies and marriage.”

“Poly-parents” may be the future, but “tri-parenting” is the present. According to the Boston Globe, lawmakers and/or courts in at least twelve US states have declared that some children can have more than two parents. One example involves “a three-part intimate relationship among a husband, his wife, and a female neighbor.” The husband and wife later divorced after the women split off as a couple; all three have custody of the child.

Why God delays his judgment

Jesus’ position on sexual morality was clear: “A man shall leave his father and his mother and hold fast to his wife, and the two shall become one flesh” (Matthew 19:5). As a result, we are to “flee from sexual immorality” (1 Corinthians 6:18) and to “let the marriage bed be undefiled” (Hebrews 13:4).

Here’s the part of God’s word on our subject that I want us to focus on today: Hebrews 13:4 continues, “for God will judge the sexually immoral and adulterous.” If our secular culture is aware of this fact, most seem not to care.

Peter warned about “those who indulge in the lust of defiling passion and despise authority” (2 Peter 2:10). In this context, the “authority” is that of the Lord himself. Such people “have eyes full of adultery, insatiable for sin” (v. 14) and face severe judgment to come (v. 17).

Of course, it’s easy for secular people to discount the warning of spiritual judgment. Peter quoted such skeptics in his day: “Where is the promise of his coming? For ever since the fathers fell asleep, all things are continuing as they were from the beginning of creation” (2 Peter 3:4).

The fact is, God delays his judgment only out of his compassion: “The Lord is not slow to fulfill his promise as some count slowness, but is patient toward you, not wishing that any should perish, but that all should reach repentance” (v. 9). However, he will not stay his judgment forever: “But the day of the Lord will come like a thief, and then the heavens will pass away with a roar, and the heavenly bodies will be burned up and dissolved, and the earth and the works that are done on it will be exposed” (v. 10).

In light of the certainty of judgment, we must choose “lives of godliness and holiness” (v. 11) and “be diligent to be found by him without spot or blemish, and at peace” (v. 14).

My response to a radio question

We cannot expect lost people to adopt biblical morality in light of judgment by a God they ignore. But we must not adopt their presumption as our own. Every day brings us one day closer to the day when “we must all appear before the judgment seat of Christ, so that each one may receive what is due for what he has done in the body, whether good or evil” (2 Corinthians 5:10).

And we must not allow the presumption of our lost culture to deter us from warning those we influence. The more a cancer patient ignores his disease, the more urgent his doctor’s warnings.

I was asked yesterday in a radio interview to offer ways Christians should respond to the “cancel culture” censure many of us face. My suggestion was to reframe such conflict as a divine appointment. The more people reject us for the biblical truths we hold, the more they need these truths. And the more we respond to their condemnation with Christlike compassion, the more we show them the transforming relevance of our faith and our Lord.

We should expect such conflict in our fallen world. Francis Chan was right: “Something is wrong when our lives make sense to unbelievers.” But we should respond with intercession and service that pays forward the grace we have received from the Lord we love.

If you knew that a gigantic meteor was on a collision course with our planet, wouldn’t you do everything you could to warn everyone you could?