Political Hostility Escalates: 'Is America Headed toward a Civil War?' 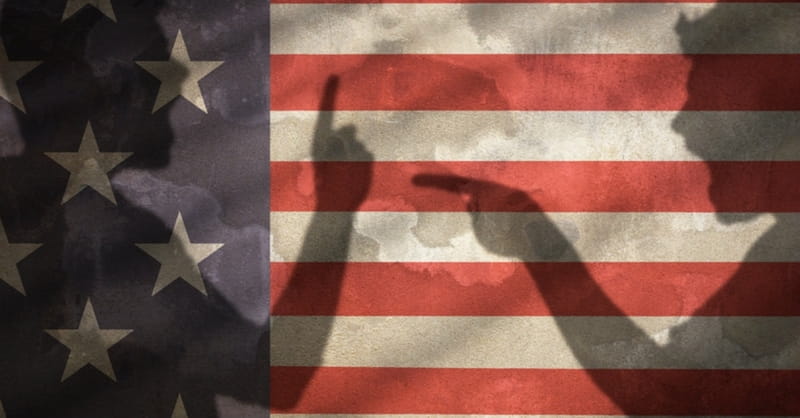 Political Hostility Escalates: 'Is America Headed toward a Civil War?'

“If you see anybody from that Cabinet in a restaurant, in a department store, at a gasoline station, you get out and you create a crowd and you push back on them and you tell them they’re not welcome anymore, anywhere.” This is how Congresswoman Maxine Waters (D-Calif.) urged protesters in Los Angeles to treat Trump administration officials in public.

This after White House spokeswoman Sarah Huckabee Sanders was asked to leave a Virginia restaurant last Friday. That same day, Florida attorney general Pam Bondi was bullied at a movie screening in Tampa by hecklers who had to be deterred by her security personnel. Homeland Security Secretary Kirstjen Nielsen was jeered at a restaurant, as was White House official Stephen Miller.

The rancor may not stop with political officials. MSNBC’s Donny Deutsch: “If you vote for Trump then you, the voter, you, not Donald Trump, are standing at the border, like Nazis, going ‘you here, you here.'”

By this logic, attacks on Trump administration officials are likely to extend to Trump supporters. And they are likely to respond in kind.

Is this a civil war?

Senate Minority Leader Chuck Schumer (D¬NY) responded to Rep. Waters by stating from the Senate floor, “No one should call for the harassment of political opponents. That’s not right. That’s not American.” And House Minority Leader Nancy Pelosi (D-Calif.) called for “unity from sea to shining sea.”

However, this conflict will not end by calls for civility.

Glenn Harlan Reynolds, a law professor writing for USA Today, responds to the political animosity of these days under the headline, “Is America headed toward a civil war? Sanders, Nielsen incidents show it has already begun.”

Professor Reynolds notes that “Hollywood has basically turned its products, and its award shows, into showcases for ‘the resistance.’ Americans are already sorting themselves into communities that are predominantly red or blue.”

He’s right. And the resulting rhetoric is worse than I have ever seen.

Actor Peter Fonda sent a series of tweets last week calling for Barron Trump to be ripped from his mother and put in a cage with pedophiles. He then tweeted that Sarah Huckabee Sanders’s children should be taken from her and Kirstjen Nielsen should be put in a cage and whipped. Though he apologized later, his appalling statements made national news.

Some clearly believe President Trump’s border policy is so terrible that protesters are justified in responding with such horrific rancor. But more is at work here than the border issue.

The Washington Post is right to warn us against ignoring “the very important societal questions raised [by this conflict] and the kind of seminal moment it could be in our politics.”

New York Times columnist David Brooks identifies the mythological nature of popular culture as a window into this “seminal moment.”

He explains: “Myths respond to our hunger to do something heroic. Whether it is Zeus, Thor, Luke Skywalker or Wonder Woman, myths trace the archetypal chapters of the heroic quest or combat: refusing the call, the meeting of the mentor, the ordeal, seizing the sword and so on.”

He points to mythic movies such as Avengers and Star Wars and notes that “the Marvel Cinematic Universe and DC Extended Universe franchises alone have grossed about $20 billion at the box office worldwide.” He then cites the video game industry, which is two or three times bigger than the movie industry. And he points to sporting events like the World Cup that dominate global headlines.

His point: we live in a day dominated by battles between warring tribes convinced that they are good and their opponents are evil. Brooks concludes: “I’d say our politics and our society are coming to resemble the competitive mythic ethos that is suddenly all around.”

How did we get here?

How did our culture become so conflicted?

Professor Reynolds points to the loss of “intermediating institutions” such as churches, fraternal organizations, and neighborhoods. In their place, “for many people politics seems to have become a substitute for religion or fraternal organizations. If you find your identity in your politics, you’re not going to identify with people who don’t share them.”

The Founders were convinced that the democracy they birthed stood on a consensual Judeo-Christian moral worldview. Today, that worldview is being rejected and replaced by a relativistic ethic that confuses truth with opinion and morality with preference.

In addition, our 24/7 media and social media platforms have amplified and exacerbated political animosity to a level that was impossible just a few years ago. There was a time when writers had to go through editors and publishers to be read; actors had to be hired and directed to be seen on screens.

Today, anyone with a cell phone can make his or her subjective opinions known to the world, no matter how corrosive and inflammatory they might be.

What do we do now?

This is a moment for compassionate courage on the part of God’s people. Consider two imperatives.

First, refuse to let popular opinion and vehement rhetoric lure you from biblical truth. No matter how loudly someone claims that wrong is right, wrong is still wrong.

God’s word is just that–God’s word. It is just as true and relevant today as when it was first revealed to the world. Now our Lord calls us to “stand therefore, having fastened on the belt of truth” (Ephesians 6:14).

Second, pray for the courage to speak the truth. It has always been hard to follow Jesus in this broken world. Consider the price his first followers paid for their faithfulness. Think of millions of Christians being persecuted around the world right now.

George Orwell was right: “The further a society drifts from truth the more it will hate those who speak it.” But the more it needs such truth in love.

Paul testified, “I can do all things through him who strengthens me” (Philippians 4:13). So can we.