Novak Djokovic, Floods in Louisiana, and Outages in NYC: The Power of Perseverance 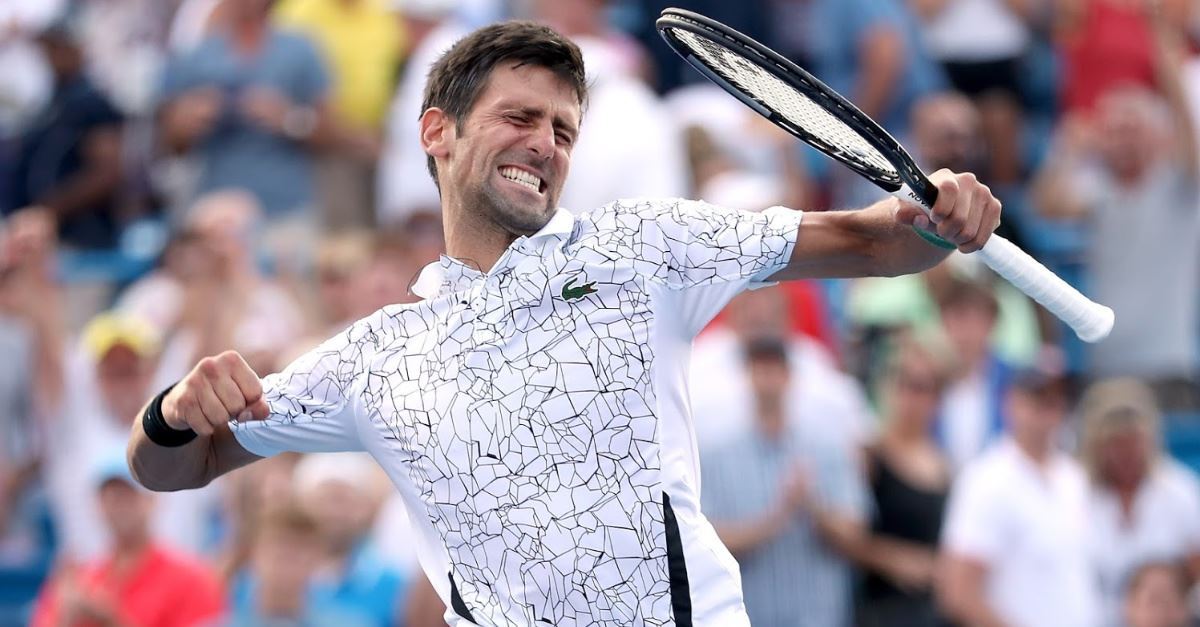 Novak Djokovic, Floods in Louisiana, and Outages in NYC: The Power of Perseverance

Novak Djokovic won the longest Wimbledon final in tournament history yesterday by defeating Roger Federer in a match lasting nearly five hours. “I hope I give some people a chance to believe that at 37 it’s not over yet,” Federer said after losing the fifth set, thirteen games to twelve. “I gave it all I had and I still feel alright.”

There are times when perseverance is the only way to confront adversity. Consider two other examples in the news.

Forecasters are warning of the potential for “dangerous, life-threatening flooding” as Tropical Storm Barry continues to creep northward across Louisiana. Coast Guard helicopters rescued people stranded on rooftops while Louisiana’s National Guard deployed some three thousand soldiers around the state. More than 51,000 customers in the state are still without power this morning.

Meanwhile, New Yorkers are recovering from a massive blackout over the weekend that affected more than 72,000 Con Edison customers along thirty blocks from Times Square to the Upper West Side. The outage shut down Broadway shows and a Jennifer Lopez concert in Madison Square Garden.

After Hamilton was canceled, its cast sang from the windows of their theater to crowds on the street below. When Carnegie Hall was evacuated, the musicians moved their concert to the street outside. The cause of the outage is still under investigation this morning.

Landing on an asteroid

In a day when humans can land a spacecraft on an asteroid and cameras can automatically translate signs for travelers, it is hard to understand why we must live at the mercy of forces we cannot predict or control. But we do.

Neither Novak Djokovic nor Roger Federer deserved to lose yesterday’s magnificent Wimbledon final. Victims of the storms in Louisiana and power outages in New York City did nothing to cause their plight. You are probably dealing with challenges today you did not expect or deserve.

When we are treated unfairly, it’s only natural to blame someone. In the Garden of Eden, Adam blamed Eve, then Eve blamed the serpent (Genesis 3:12–13). When Cain killed Abel, he blamed God for his punishment (Genesis 4:13–14). The Israelites in the wilderness complained to Moses when they ran out of water (Exodus 17:1–3); Moses then complained to God (v. 4).

“You have not passed this way before”

In Seven Types of Atheism, John Gray defines an atheist as “anyone with no use for the idea of a divine mind that has fashioned the world.” Some atheists consider religion to be an erroneous hypothesis and want to deify science; others claim humans are gradually improving and have no need of a deity; still others believe that the world is nothing more than “a progress towards death.”

One common denominator in contemporary atheism is the claim that our world’s brokenness renders irrational any belief in a divine Creator.

However, rather than rejecting medical science when we get sick or police protection after we are robbed, doesn’t it make sense to turn to the help we need when we need it most?

The floods in Louisiana reminded me of the flood in the book of Joshua. God led his people to the edge of their Promised Land, but the raging Jordan River barred their way. Rather than blame God for their plight, the Israelites turned to him for their future.

Their problem was simple: “You have not passed this way before” (Joshua 3:4). But God knew the future they could not see. He led them to step into the flooded river, stopped its flow to allow the entire nation to cross, and restored the waters the moment the last Israelite stepped into Canaan (vv. 14–17).

The Lord could have arranged another means of crossing the Jordan, but he wanted to teach his people that persevering in their faith would be vital to experiencing his best.

“Our women and children are not afraid to die”

Consider John Wesley, the founder of the Methodist Church. He rode enough miles on horseback preaching the gospel to circle the globe ten times. He preached more than forty thousand sermons. You can buy more than ninety-five books containing his writings in English. He was clearly one of the greatest Christian leaders in history.

But his story did not begin the way it ended.

As a young man, Wesley went to America as a missionary but was not himself converted. He wrote in his journal, “I went to America to convert the Indians, but oh! who shall convert me?”

Then he encountered Moravian missionaries on board a ship bound for America. He notes in his journal that one day, the group had just begun to sing a psalm of worship when “the sea broke over, split the main-sail in pieces, covered the ship, and poured in between the decks, as if the great deep had already swallowed us up. A terrible screaming began among the English. The Germans [Moravians] calmly sung on. I asked one of them afterwards, ‘Was you not afraid?’ He answered, ‘I thank God, No.’ I asked, ‘But were not your women and children afraid?’ He replied mildly, ‘No; our women and children are not afraid to die.’

“From them I went to their crying, trembling neighbours, and pointed out to them the difference in the hour of trial, between him that feareth God, and him that feareth him not. At twelve, the wind fell. This was the most glorious Day which I have hitherto seen.”

Wesley later testified that the Moravians’ peace in the storm contributed directly to his conversion.

Will the world see the peace of Christ in you this week?

Photo Courtesy: Getty Images/Matthew Stockman/Staff, This photo was taken of Djokovic during the 2018 Western & Southern Open.