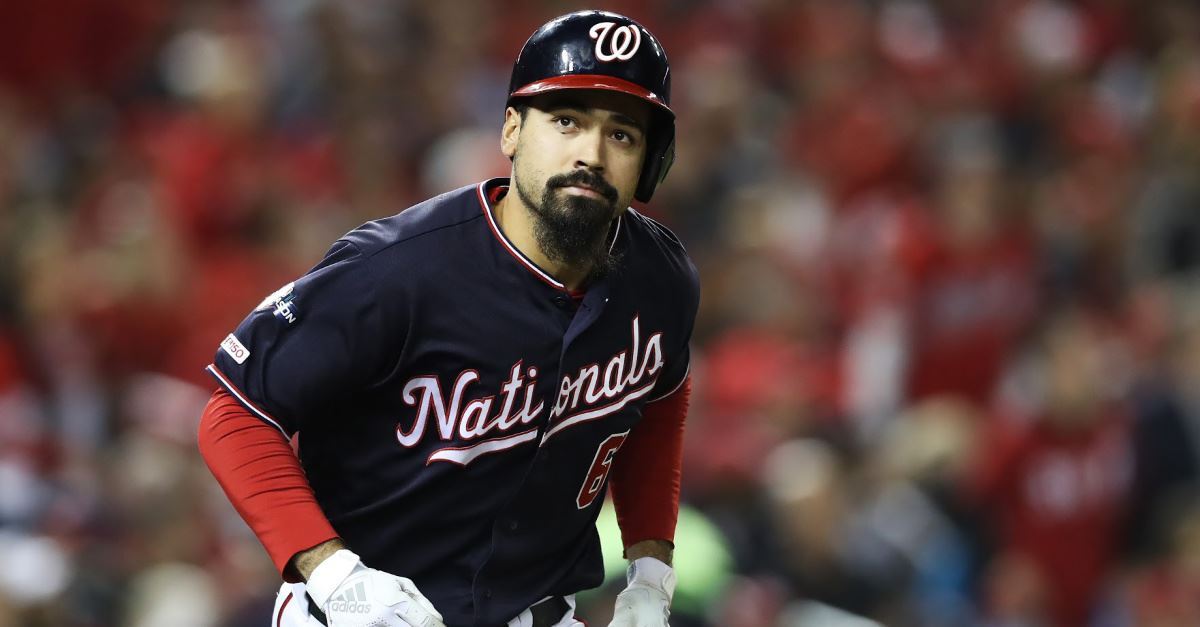 Note from Dr. Jim Denison: I am grateful to my son, Ryan Denison, for writing The Daily Article this week while I am traveling. Ryan is a graduate of Baylor University and Truett Seminary and is completing his doctoral dissertation in church history at BH Carroll Theological Institute. He serves as Senior Fellow for Theology with our ministry and writes often in my absence. I am certain you will find his insights to be both biblical and practical.

The 2019 World Series starts tonight, pitting the Houston Astros against the Washington Nationals. While there are many storylines worth following with the series, the play of Nationals third baseman Anthony Rendon is among the most interesting.

Rendon is coming off the best season of his career and is one of the leading candidates for MVP. Despite his play, though, his team had one of the toughest paths to get to this point.

They began the playoffs with a one-game, winner-take-all match against the Brewers in which they were three runs behind heading into the final two innings. Rendon scored what became the deciding run. From there, they went on to beat the heavily favored Dodgers before sweeping the Cardinals to earn their ticket to play for a championship.

Through it all, Rendon has been one of the Nationals’ best players. But, in hearing him discuss his career, you get the clear sense that what’s most important to him is that he plays in a way that glorifies the Lord.

As he told the Washington Post, “You want to plan for the future. But I’ve come to learn your plans don’t always come to fruition. Obviously, with my faith, too, I don’t want to seem like it’s all about me, me, me. It takes away from what I do for Him, for the Lord.”

Keeping your focus on Who rather than what

Imagine what the church would look like if we all embraced that perspective.

What if we all understood our identity to revolve less around what we do than Who has called us to do it?

What difference could it make in our schools if Christian teachers saw each of their students as a divinely appointed mission field?

How different would our hospitals be if Christian doctors and nurses took the same approach to their patients?

What would it look like in your place of business if your coworkers understood that you showed up each day, not because attendance was mandatory or to earn a paycheck, but because you genuinely believed it was God’s will for you to do so?

What if each of us learned to see our home as the most important place to live this out?

Think of the difference it would make if we saw ourselves as Christian parents and Christian spouses, Christian brothers and Christian sisters, never separating the identity established by the first from the responsibilities borne by the second.

And, lest we think that sounds too idealized or utopian, Scripture clearly teaches that those who made the biggest impact for the kingdom of God were those who, more often than not, embraced this perspective.

Joshua, for example, was God’s general. David was God’s king. Elijah was God’s prophet. Paul was God’s Apostle. And while none of them did the job perfectly, at their best each had an outsized influence on the development of God’s kingdom because they kept their focus on Who called them more than what they were called to do.

The same can and should be true of us as well.

Nothing is common when it’s done for Christ

While it would be easy to sit back and think of all the great things we might accomplish for the kingdom if we had a platform as large as that of Anthony Rendon, never underestimate what God can do through you in whatever capacity he has called you to serve.

As A. W. Tozer once wrote, “It is not what a man does that determines whether his work is sacred or secular, it is why he does it. The motive is everything. Let a man sanctify the Lord God in his heart and he can thereafter do no common act.”

Nothing is common when it’s done for Christ.

How common will your life be today?