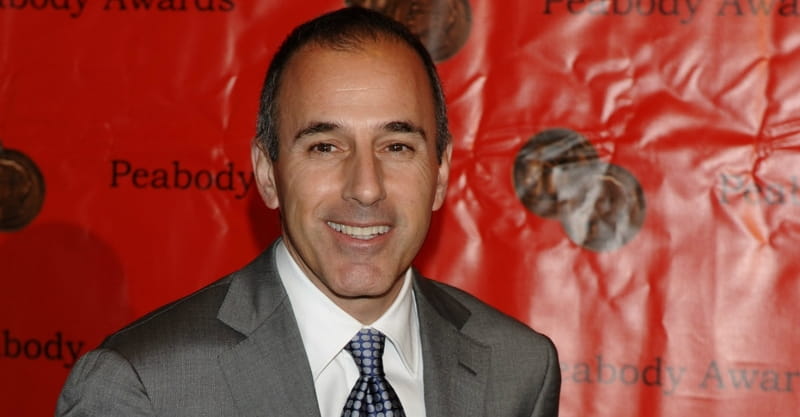 The Matt Lauer “earthquake” continues to unfold, with as many as eight accusers now being reported. Meanwhile, Rep. Joe Barton will not seek reelection after sexual images he shared in an extramarital relationship were made public. Nancy Pelosi is calling on Rep. John Conyers Jr. to resign amid multiple allegations that he sexually harassed female aides.

Our society is clearly at a tipping point. As a friend pointed out to me this week, a relativistic culture that accepts no absolute right or wrong has declared sexual abuse to be an absolute wrong. As we should.

Now that we have decided on at least one objective moral standard, how can we reinforce it? Let’s consider ancient wisdom that our culture has tragically rejected in recent generations.

In his Sermon on the Mount, Jesus stated: “You have heard that it was said, ‘You shall not commit adultery.’ But I say to you that everyone who looks at a woman with lustful intent has already committed adultery with her in his heart” (Matthew 5:27-28).

Imagine the difference in our culture if we obeyed his command today.

Studies show that marital infidelity has increased dramatically in the last twenty-five years. In over one-third of marriages, one or both partners admit to cheating on their spouse. Unsurprisingly, infidelity is a leading cause of divorce. People who have cheated before are 350 percent more likely to cheat again.

There are one to two million prostitutes in America. Prostitution is one of the most dangerous professions in the US. Studies indicate that women who are prostitutes are raped eight to ten times each year on average.

Sex trafficking has been called “the new American slavery.” Hundreds of women are brought into the US as sex slaves. It is estimated that two hundred thousand children are victims of sex trafficking annually in the United States.

When sexual immorality becomes public, it affects far more than the perpetrator. The victims can be shamed by public exposure as well. Spouses and children will live with the stigma of the scandal, perhaps for the rest of their lives.

If the perpetrator is a Christian, his or her witness can be permanently damaged. Skeptical members of the media looking for reasons to castigate Christians will happily spotlight such hypocrisy.

Even though God forgives all we confess to him (1 John 1:9), his grace does not remove all the consequences of our sin. David’s adultery with Bathsheba is a permanent part of his story. Infidelity and divorce scar families for life. Victims of prostitution or sex trafficking can never regain the years taken from them.

If Americans obeyed Jesus’ teaching on lust, the steady drumbeat of sexual immorality stories would cease. Marriages and families would be spared and strengthened.

So, let’s be the change we wish to see in others. How?

First, decide to refuse lust. Choose with Job to “make a covenant with [your] eyes” not to “gaze at a virgin” (Job 31:1). Make a vow to be godly in your sexual attitudes and actions. Confess any lust in your heart and life, right now.

Second, get help. Ask a trusted Christian friend to partner with you in purity. Covenant to pray with and for each other and to hold each other accountable to godly morality. If you need the help of a professional counselor, seek such support now.

Third, use your influence for godliness. Teach your children and grandchildren the priority of living by Jesus’ standards. Stand up to the promiscuity of our culture. Pray and work for moral awakening in our day.

Will you choose purity today?