Man Who Killed Church Shooter Receives Medal of Courage: The Urgency and Power of Courageous Leadership 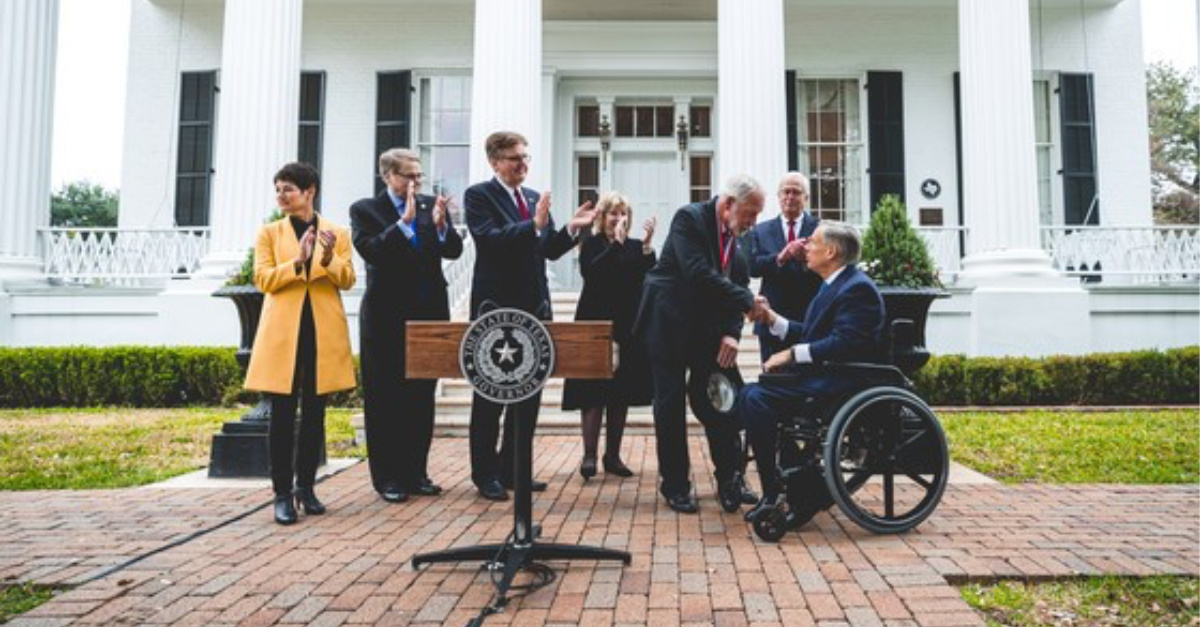 Man Who Killed Church Shooter Receives Medal of Courage: The Urgency and Power of Courageous Leadership

Jack Wilson leads the volunteer security team at West Freeway Church of Christ in White Settlement, Texas. Before December 29, few outside his friends and family were aware of the significance of his service.

Wilson received the first-ever Medal of Courage from Texas Gov. Greg Abbott on Monday. The governor’s office described the award as the highest honor a Texas governor can give a citizen for those “who display great acts of heroism by risking their own safety to save another’s life.”

“Only God knows who is alive today because of Jack Wilson,” the governor stated. “What we do know is that so many lives were saved because of Jack Wilson’s quick action, his calmness under pressure and, above all else, his courage and his willingness to risk his own life to save the lives of others.”

“When a president is impeached, what should Christians do?”

Senate Majority Leader Mitch McConnell announced yesterday that President Donald Trump’s impeachment trial will begin in the Senate next Tuesday. His statement came after Speaker of the House Nancy Pelosi confirmed that the House would vote today on managers to prosecute their case against the president.

These managers will ceremonially walk the articles of impeachment from the House chamber to the Senate, formally presenting them and prompting the trial to commence. (For background on impeachment and biblical reflections, please see Steve Yount’s article on our website: “When a president is impeached, what should a Christian do?“)

Meanwhile, six Democratic Party candidates for president debated last night in Iowa. Elizabeth Warren delivered what many are calling the line of the night, noting that the four men on the stage had lost ten races while the two women—she and Minnesota Sen. Amy Klobuchar—had never lost a race. Three of the remaining candidates are senators, so the impeachment trial may affect their campaign schedules.

And Iranians are using social media today to call for more demonstrations after the downing of a Ukrainian passenger plane that killed 176 people. Reuters reports that they are “seeking to turn the aftermath of the crash into a sustained campaign against Iran’s leadership.”

These stories remind us that leadership is so vital to our lives that stories about leaders will always dominate the news. The theme of courageous servant leadership is especially on my mind today because of an interview in Christianity Today about the future of the church in Iran.

Lazarus Yeghnazar and his wife, Maggie, lead 222 Ministries International, a church-planting and training network that includes satellite television broadcasts and more than fifty underground churches in Iran. He reports that “almost all rights and citizen’s privileges have been taken” from Christians in his home country. “Freedom of worship, freedom of meeting together, are nonexistent.”

As a result, if (or when) Iran becomes open to the gospel again, he fears that “we are not ready for the opportunity. All we can think of is going there and taking back some of our church buildings, doing some painting and remodeling, buying some new pews, and picking up where we left off. That will not transform the future generation.”

The great need in Iran is to develop leaders who can develop leaders. Yeghnazar notes: “If I say to you ‘Here is $5 million. You have two choices on how to spend it for the kingdom: you can lead 5,000 people to Christ, or you can develop 10 Apostle Pauls.’ What would you do? I would not even blink. I would spend it on Pauls every time.”

Here is his message for Western Christians: “Don’t go after numbers. How deep is the growing church? How committed is the growing church?” He warns that a “tsunami” of opposition to the gospel is inevitable. When it comes, “if the seeds have not gone deep in the hearts of believers, it will wash away.”

“They’re going to do one of two things”

Solomon noted: “Where there is no guidance, a people falls, but in an abundance of counselors there is safety” (Proverbs 11:14). Servants who lead as they are led by Christ are the great need of our day.

If you have influence with even one person, you are a leader. Jesus’ word to his first disciples is his word to us: “Whoever would be great among you must be your servant” (Matthew 20:26).

Whom will you serve today in his name? What courageous stand will you take for the Lord you serve?

When Jack Wilson received the Medal of Courage on Monday, he responded: “When events arise, you’re going to do one of two things. You’re either going to step up and do what’s right or walk away, and I’m not one to walk away.”

Which “one of two things” will you do today?