J. K. Rowling Gives Back Kennedy Award: A Biblical Response to Those Who Criticize Biblical Morality 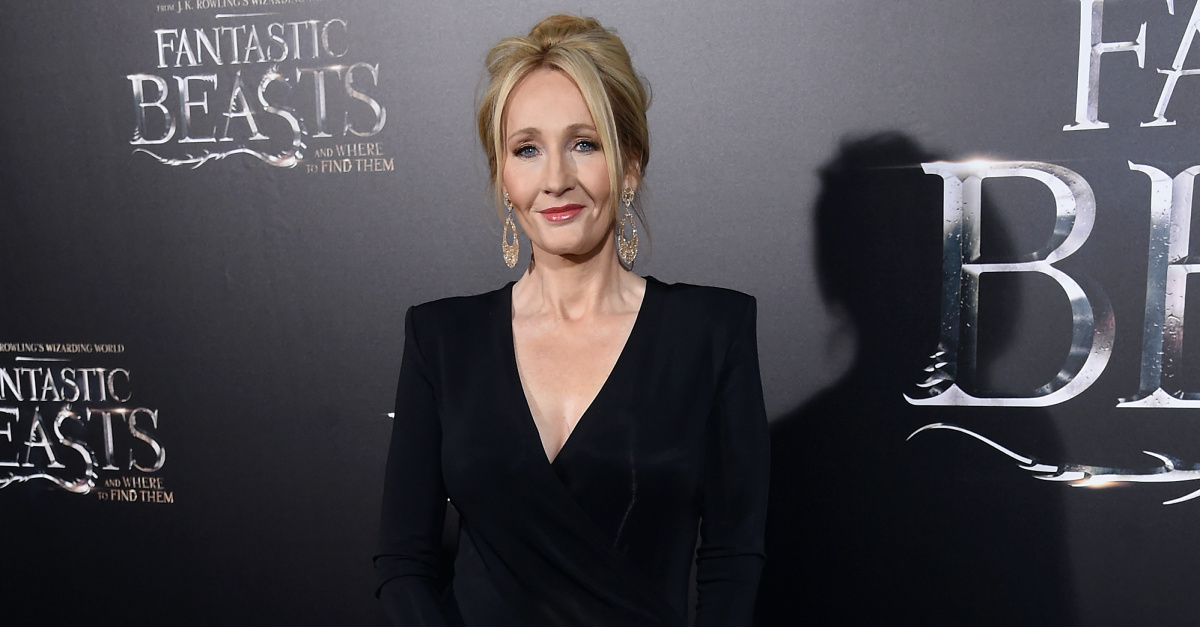 J. K. Rowling Gives Back Kennedy Award: A Biblical Response to Those Who Criticize Biblical Morality

J. K. Rowling is the author of the Harry Potter series, the best-selling book series in history. Forbes named her the world’s first billionaire author, but later reported that she lost this status by giving away so much of her earnings to charity. Her Wikipedia article lists six honorary degrees, including one from Harvard University, along with twenty-eight other awards or recognitions.

However, she made the news recently for something she is giving back.

However, the organization’s president, Kerry Kennedy, recently stated that views expressed by Rowling have diminished “the identity of trans and non-binary people, undermining the validity and integrity of the entire transgender community.” At issue is Rowling’s concern about the impact of transgender ideology on medical care, safety, and opportunities for women. She has also noted that some in the transgender-rights movement are treating those who disagree with them in highly offensive ways.

In response to Kennedy’s criticisms, Rowling stated, “I feel I have no option but to return the Ripple of Hope Award bestowed upon me last year. I am deeply saddened that RFKHR has felt compelled to adopt this stance, but no award or honor, no matter my admiration for the person for whom it was named, means so much to me that I would forfeit the right to follow the dictates of my own conscience.”

My purpose today is not to discuss transgender issues themselves. (For a survey of this topic, see my paper “The Transgender Debate: Civil rights or religious rights?” and chapter four in my book How Does God See America?) Rather, I would like to use this controversy to explore a biblical response to those who criticize biblical morality.

If you state publicly that God created us “male and female” (Genesis 1:27), so that sex is assigned at birth and binary, you can expect to be accused of bigotry, oppression, and hatred. Even J. K. Rowling, who describes herself as a “longstanding donor to LGBT charities,” says she has been called names I won’t repeat here. Critics have burned her books and accused her of “literally killing trans people” with her “hate.”

One option when we are confronted by those who reject biblical morality is to decide that the Bible is wrong or outdated on the issue. A way of doing this has been suggested by Adam Hamilton, pastor of the United Methodist Church of the Resurrection in Leawood, Kansas (the largest United Methodist congregation in the world). He sparked controversy a few years ago with his claim that biblical passages can be assigned to one of three “buckets”:

In his view, biblical passages that forbid same-sex sexual relationships fall into either bucket two or bucket three. (Of course, his approach begs the question as to who has the right and authority to determine what parts of God’s word are wrong or outdated.)

I still remember hearing a bishop declare years ago that we are not bound by Paul’s statements about homosexuality since we now know that “Paul was a homophobe.” Some interpreters have similarly claimed that we are misinterpreting the Bible on same-sex relations, alleging that the Scriptures forbid forced sexual relations but not monogamous, consensual relationships. (They are wrong on the merits, as I note here.)

How to “stand firm in the faith”

Of course, if buckets two and three are appropriate categories for some biblical texts, the Bible is wrong about itself. It claims to be “breathed out by God” (2 Timothy 3:16) and “living and active” still today (Hebrews 4:12). We are told that “every word of God proves true” (Proverbs 30:5) and was written by those who were “carried along by the Holy Spirit” (2 Peter 1:21). While “the grass withers” and “the flower fades,” we are promised that “the word of our God will stand forever” (Isaiah 40:8).

Second, decide to pay a personal price to speak biblical truth. It would have been far easier and safer for the apostles to bow to the Sanhedrin, but they risked their lives to say, “We must obey God rather than men” (Acts 5:29). Pray now for the courage to “stand firm in the faith” (1 Corinthians 16:13), then determine that you will declare and defend biblical truth at any cost (1 Peter 3:15).

Third, seek to share biblical truth with biblical grace. Paul warned us, “If I speak in the tongues of men and of angels, but have not love, I am a noisy gong or a clanging cymbal” (1 Corinthians 13:1). See those who object to biblical morality not as your enemies but as people who need what you have been given.

Ralph Waldo Emerson resolved, “Let me never fall into the vulgar mistake of dreaming that I am persecuted whenever I am contradicted.” Rather than seeing ourselves as victims of our post-Christian culture, let’s view ourselves as ambassadors of the King of kings assigned to this foreign land (2 Corinthians 5:20).

And let’s remember that when we return home one day, what will count most will not be the debates we won but the souls we brought with us.