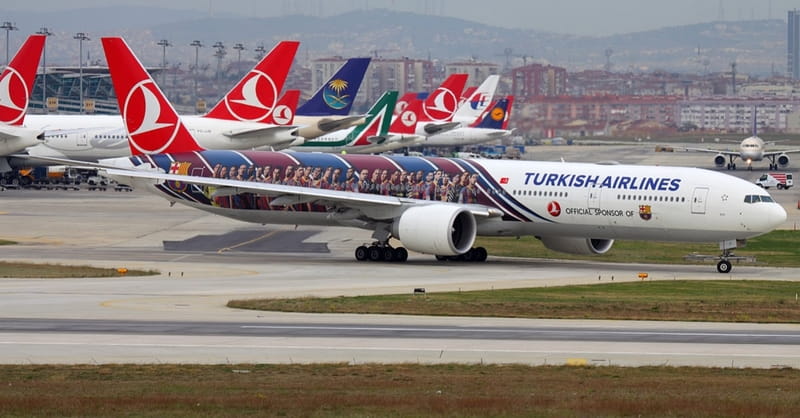 I was in a staff meeting yesterday afternoon when news broke of another terrorist attack in Istanbul. As of this morning, forty-one are dead and 239 are injured. The Turkish prime minister has announced that ISIS is likely responsible for this atrocity.

If this seems like another chapter in the same horrific story, you're right.

Yesterday's airport bombing is the eighth terrorist attack in Turkey this year. Radical Islamists have struck tourist areas in Istanbul and the capitol city of Ankara as well as cities in southeastern Turkey. I have been everywhere terrorists have struck and have flown into and out of Istanbul's airport numerous times. Any of the dead could have been me.

Sixteen other terrorist attacks this year have been linked to ISIS. Yesterday's tragedy came after an ISIS spokesman called for renewed atrocities during the last ten days of Ramadan. As with numerous other attacks, Muslims were on the front lines of the assault, proving that radical Muslims will kill other Muslims as readily as they target anyone else.

Let's remember why this is happening. ISIS and other radical Islamists are convinced that the West has been attacking Islam since the Crusades. The Qur'an requires Muslims to defend Islam. Therefore, they believe that attacking Western targets is a defense of Islam. Civilians are on the front lines since they support their governments with their taxes and military service. To radicalized Muslims, every killing yesterday advanced Islam.

As a result, no place is safe. The more ISIS loses territory in Iraq and Syria, the more it will sponsor and incite terrorism abroad. Yesterday's atrocity is by no means the last we should expect as this "war on terror" continues.

It's easy to become numb to the carnage. We were initially shocked by reports of ISIS beheadings, but now they are common news stories. Bombings that slaughter innocent people used to outrage the world, but now they numb us with their frequency.

Every person who was murdered yesterday was someone's son or daughter. Many were fathers and mothers and grandparents. Hundreds of people around the world are grieving this morning as deeply as you and I would if we lost someone we love. Their shattered lives will never be the same. This despicable act of cowardice will mark the survivors for the rest of their lives.

We must never accept terrorism as the "new normal." Every terrorist is deceived by Satan, a "murderer from the beginning" (John 8:44). Every victim is someone God created and loved so much that he sent his Son to die for them. Our Lord is outraged at this atrocity and calls on us to share his grief.

He wants us to repent of our self-sufficiency, admitting in this age of terrorism that we are indeed "a mist that appears for a little time and then vanishes" (James 4:14). And he wants us to grieve with our Father in the loss of so many he loves.

I once heard a career missionary pray, "Lord break my heart for what breaks your heart." Will you make his prayer yours?