Is the “Big One” Coming? 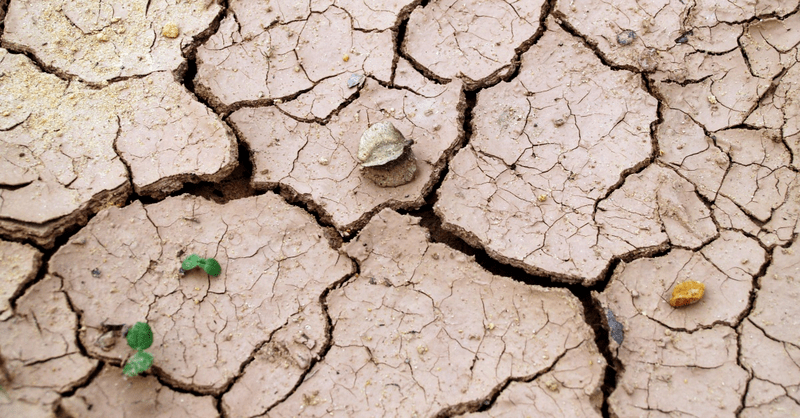 Is the “Big One” Coming?

A 6.2-magnitude earthquake struck off the coast of Oregon yesterday.

The earthquake followed an intense week of seismic activity in which the “Ring of Fire” was rocked by sixty-nine quakes in just forty-eight hours. (The “Ring of Fire” stretches 25,000 miles clockwise around the Pacific Ocean from New Zealand to the southern part of South America.)

Whenever such seismic activity occurs in the region, journalists speculate that the “Big One” may be coming. This is a reference to an earthquake of 8-magnitude or higher that is expected to occur along the San Andreas Fault. Such a quake could strike San Francisco, Los Angeles, or other populated areas on the West Coast.

Seismologists say we’re overdue for such a disaster. One states, “There is a 99.9% chance that there will be a damaging quake (magnitude greater than or equal to 6.7) somewhere in California in the next 30 years.”

“The whole world lies in the power of the evil one”

If you don’t live along the California coast and think such warnings are irrelevant to you, consider these facts:

I live in Dallas, Texas, where we are at risk from everything on the list. Are you exempt from natural disasters where you live?

When such tragedies strike, people always want to know why the God who made our planet allows such calamities to afflict his creation. We can respond with the fact that our world is broken as a result of sin (Romans 8:22), remembering that there were no natural disasters in the Garden of Eden. We can also point out that “the whole world lies in the power of the evil one” (1 John 5:19), an enemy who “comes only to steal and kill and destroy” (John 10:10).

But the skeptic is likely to counter: Why didn’t the God who calmed the stormy Sea of Galilee prevent the disaster that affected me? If he’s more powerful than Satan, why does he let Satan harm us? If “Jesus Christ is the same yesterday and today and forever” (Hebrews 13:8), why does he allow tragedies that his omnipotence could prevent?

But I do know one way he redeems natural disasters. It’s a life principle we can begin using today, whether the “Big One” is coming tomorrow or not.

Psalm 63 finds David “in the wilderness of Judah,” according to its inscription. We know of two times he was in this barren area: when he was hiding from King Saul and when he was fleeing from his son Absalom. The fact that David refers to himself as “the king” in verse 11 makes the latter calamity the more likely setting.

Imagine that you are an elderly man, running for your life from your own son. You’re in the desert with no circumstantial reason to believe you will ever return to your throne or even survive the night.

How do you respond to the God who allowed this calamity?

David prays: “O God, you are my God; earnestly I seek you; my soul thirsts for you; my flesh faints for you, as in a dry and weary land where there is no water” (v. 1). He can seek God in the present because he has experienced his omnipotence in the past: “So I have looked upon you in the sanctuary, beholding your power and glory” (v. 2).

His past experiences with God’s greatness empower him to trust the Lord with his future fears: “Because your steadfast love is better than life, my lips will praise you. So I will bless you as long as I live; in your name I will lift up my hands” (vv. 3-4).

Note the pattern: Seek God in the present by remembering his goodness in the past and trusting him for the future. When we make disaster an invitation to faith and worship, others see our trust in our Father and are drawn to him. Such confidence may be our most powerful witness to a skeptical culture.

In response, Laurie staged the #StandWithTheBible campaign, encouraging Christians to take photos or videos of themselves holding a Bible and post them on social media. He also urged attendees to bring Bibles and hold them up each night.

What the enemy means for evil, God uses for good (Genesis 50:20). This fact doesn’t explain disasters, but it redeems them in ways that far outlive the temporal calamities of this broken planet.

I don’t know if the “Big One” will hit tomorrow or ten generations from tomorrow. But I do know that we have only this day to be ready. And I know that the best way to be ready is to say with David, “O God, you are my God; earnestly I seek you.”

Are you “earnestly” seeking God today?