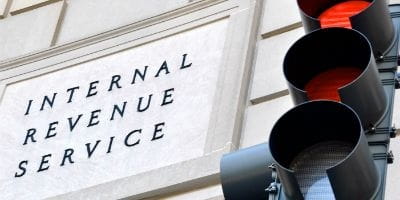 Last Friday, the Internal Revenue Service admitted that it unfairly targeted Tea Party tax exempt applications for additional scrutiny. The IRS picked cases with "tea party" or "patriot" in their names for further review, a practice it now admits was "an error in judgment." Two staff members with the ACLU, not an organization known for right-wing sympathies, commented that "even the tea party deserves First Amendment protection."

Now we're learning that the list of criteria for additional scrutiny was not limited to the Tea Party. Groups focused on government spending, government debt, taxes and education were also unfairly examined. Even those focused on ways to "make America a better place to live" or criticizing "how the country is being run" were flagged. It is noteworthy that groups with "progressive" in their name were not targeted similarly.

The IRS has apologized for the additional scrutiny, but Republicans are calling for a full investigation. Michigan Rep. Mike Rogers says, "I don't care if you're a conservative, a liberal, a Democrat or a Republican, this should send a chill up your spine."

Will Christians see a day when our First Amendment rights to free speech are curtailed? Here's why we could.

Freedom of speech does not allow me to yell "Fire!" in a crowded movie theater, or to slander others. The Supreme Court has held that "hate speech" is constitutionally protected unless it uses "fighting words" that pose an imminent danger of unlawful action. In other words, we can criticize or even vilify people, but we cannot incite others to harm them.

Now imagine that one of my essays defending biblical marriage was cited by a pastor who chose not to perform a same-sex wedding or a florist who chose not to sell flowers for such a ceremony. Could my essay then be considered "fighting words" that harmed the same-sex couple? If I were to preach on the biblical view of homosexuality and someone in the congregation cited my comments in choosing not to hire a gay person, could my sermon be considered "fighting words" that harmed the prospective employee?

Are you concerned about this issue? Please share your thoughts in our comments section. And remember that Christians have been in this position before. When the Sanhedrin, the Supreme Court of ancient Israel, "commanded [the apostles] not to speak or teach at all in the name of Jesus," they responded: "Judge for yourselves whether it is right in God's sight to obey you rather than God. For we cannot help speaking about what we have seen and heard" (Acts 4:18, 19-20). Patrick Henry was right: "Guard with jealous attention the public liberty. Suspect everyone who approaches that jewel." And if they do, choose to obey God.