How to Prepare for an Uncertain Future Today 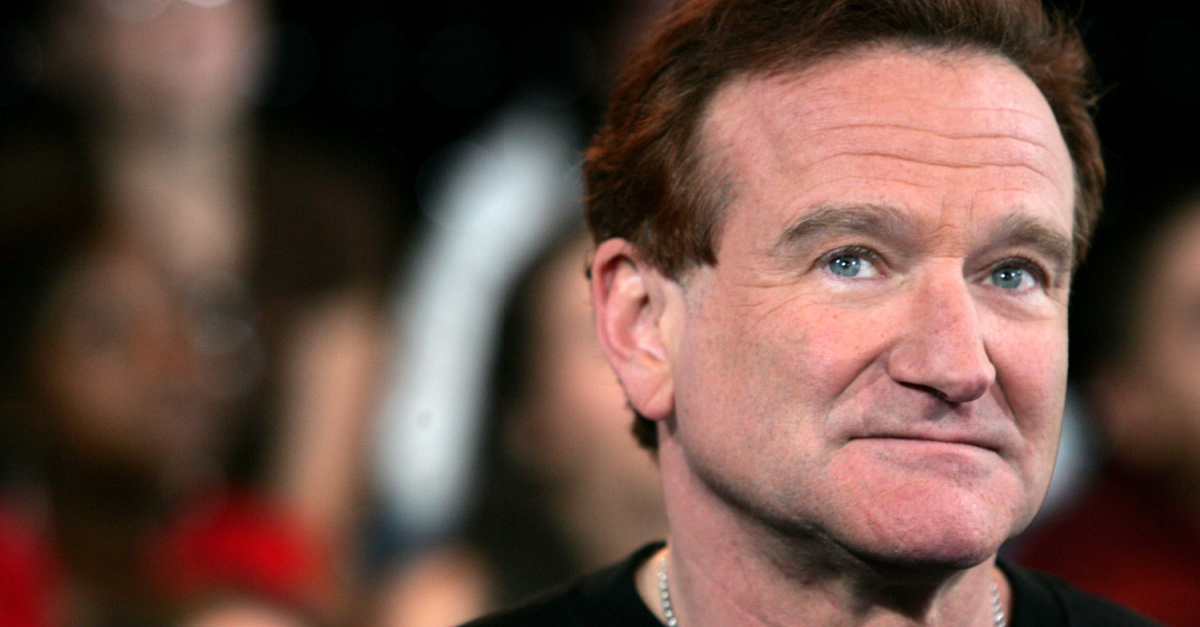 How to Prepare for an Uncertain Future Today

Robin Williams won an Academy Award, six Golden Globe Awards, five Grammy Awards, two Primetime Emmy Awards, and two Screen Actors Guild Awards. In a listing of the “25 Funniest People of All Time,” he was ranked first. But his remarkable success and popularity could not insulate him from the pain of this broken world. He dealt with cocaine and alcohol addictions, heart problems, and severe depression before taking his life in 2014.

Now we know the rest of the story. A documentary, Robin’s Wish, captures the actor’s battle with Lewy body dementia (LBD), a type of brain disease that affected his thinking, memory, and movement control. This is the second-most common type of progressive dementia after Alzheimer’s disease. However, Williams was misdiagnosed by doctors; it wasn’t until years after his death that his family discovered the truth of his internal battle.

His widow, Susan Schneider Williams, called LBD “the terrorist inside my husband’s brain.”

"One brief shining moment that was known as Camelot"

In other celebrity news, a Kennedy lost an election in Massachusetts for the first time ever when Sen. Ed Markey defeated Rep. Joe Kennedy III in their Democratic primary.

John F. Kennedy was elected to the House of Representatives from Massachusetts in 1946, serving six years before his election to the Senate in 1952 and 1958 and his election as president in 1960. His brother, Robert, was elected to the Senate from New York. Ted Kennedy was elected to John’s seat in the Senate, serving until his death in 2009. Joseph P. Kennedy II (Robert’s son) and Patrick J. Kennedy (Ted’s son), both served in the US House of Representatives, as did Joseph P. Kennedy III (Robert’s grandson) before losing his race against Sen. Markey.

I read The House of Kennedy by James Patterson and Cynthia Fagen this week. It tells the story of this family’s remarkable achievement but also their deep grief.

President John F. Kennedy was assassinated in 1963; Bobby Kennedy was assassinated in 1968 on the night he won the California primary and seemed on his way to the presidency. Ted Kennedy made an abortive run for the Oval Office in 1979 but was tarnished by his role in the death of Mary Jo Kopechne in 1969. John F. Kennedy’s son, long seen as his heir apparent, died in a plane crash along with his wife and her sister in 1999.

But there’s more. I learned from the book that John F. Kennedy’s great-grandfather died of cholera at the age of thirty-five on the exact day the president was assassinated 105 years later. John F. Kennedy’s older brother was killed in action during World War II; his sister Kathleen died in a plane crash in France. His sister Rosemary never advanced intellectually past the fifth grade, became the victim of a botched lobotomy, and was institutionalized for the rest of her life. Numerous other family members struggled with substance abuse and legal issues.

After President Kennedy’s assassination, his widow gave an interview to noted political writer Theodore H. White for Life magazine. She told the story of the week that led to his death and focused on the Broadway play Camelot, a musical the president had especially appreciated. It ran from December 3, 1960, to January 5, 1963, roughly paralleling his presidency.

“The lines he loved to hear,” Jackie told White, “were ‘Don’t let it be forgot, that once there was a spot, for one brief shining moment that was known as Camelot.’”

"Your steadfast love is better than life"

One of the enduring lessons of the COVID-19 pandemic is the frailty of human life. No matter our celebrity status, financial wealth, political power, or cultural success, Camelot is more fiction than fact in our fallen world.

Health experts warn that the upcoming flu season is likely to exacerbate the ongoing coronavirus outbreak. As a result, my wife and I got our flu shots yesterday (I urge you to get yours soon). We all need to be prepared for the descendants of the 1918 pandemic as we fight the current pandemic.

And we need to be prepared for an uncertain future the only way we can: by walking closely with our Lord today.

David spoke for us all when he testified, “O God, you are my God; earnestly I seek you; my soul thirsts for you; my flesh faints for you, as in a dry and weary land where there is no water” (Psalm 63:1).

As a result, he says, “I have looked upon you in the sanctuary, beholding your power and glory. Because your steadfast love is better than life, my lips will praise you” (vv. 2–3). He continues: “My soul will be satisfied as with fat and rich food, and my mouth will praise you with joyful lips, when I remember you upon my bed, and meditate on you in the watches of the night” (vv. 5–6).

The key to preparing for an uncertain future is rejecting the spiritual vs. secular dichotomy of our culture by seeking intimate communion with our Lord each moment of each day.

As C. S. Lewis noted, God wants humans to be “continually concerned either with eternity (which means being concerned with him) or with the present—either meditating on their eternal union with, or separation from, himself, or else obeying the present voice of conscience, bearing the present cross, receiving the present grace, giving thanks for the present pleasure.”

Did you “remember” God upon your “bed” last night? Have you “looked upon” him and beheld his “power and glory” yet today?

Are you “receiving the present grace” of your Lord right now? If not, why not?