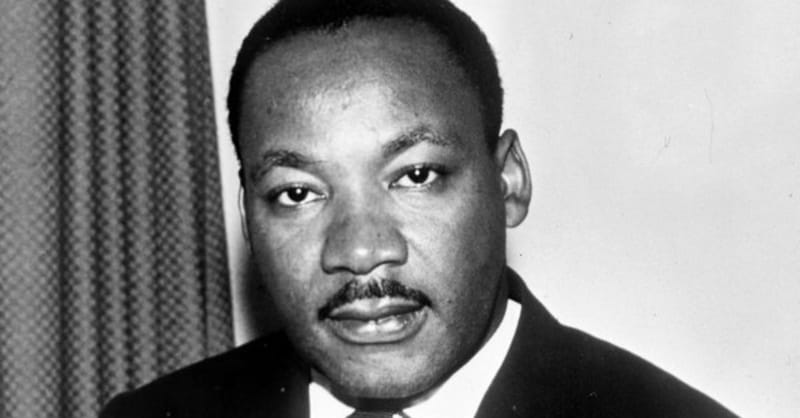 Rosenbloom explains why the great civil rights leader was in Memphis and paints an extraordinary picture of his commitment and courage.

Why he came to Memphis

In 1968, Dr. King was working to mobilize what he called the “Poor People’s Campaign” in Washington, DC. His goal was to gather thousands of impoverished people of all races from all across the country. They would stage protests at our nation’s capital until lawmakers enacted reforms to eradicate poverty in this country.

In the midst of this massive effort, he was asked to divert his attention to Memphis to support a garbage collectors’ strike that had been ongoing in that city for weeks. Dr. King felt he owed these men and their families his support, so he and his leadership team made their way to join them.

Of course, he could not have known that an escaped felon named James Earl Ray was seeking to murder him. Ray had been discharged from the Army, but not before he acquired basic proficiency with a rifle. After escaping from prison, he followed a circuitous route that brought him to Memphis.

There he learned through television and newspaper reports that Dr. King was staying at the Lorraine Motel in room 306, his usual lodging when in the city. Ray rented a room in a run-down building across the street.

Dr. King and his group were planning a dinner that night at a supporter’s home. He walked from his room onto the hotel balcony and was talking with his friends in the parking lot below when Ray fired the bullet that killed him.

“I’ll never live to be forty”

I was especially moved by Rosenbloom’s description of Dr. King’s steadfast courage in the face of enormous peril. For example, his traveling group was forced to disembark from their airplane to Memphis after a bomb threat had been reported. Only after the plane was searched were they permitted to re-board the aircraft.

Rosenbloom reports that, despite numerous death threats, Dr. King rarely sought police protection. He believed that if his enemies were determined to kill him, they would likely succeed.

Dr. King told his attorney, “I’ll never live to be forty. I’ll never make it.” “He was philosophical about his death,” longtime colleague Andrew Young said later. “He knew it would come, and he just decided, you know, there was nothing to do about it.”

When President Kennedy was assassinated in 1963, Dr. King told his wife, Coretta, that he expected to die in the same way himself. If the president of the United States could not be protected from an assassin, he believed that no public figure was truly safe.

The night before he was murdered, he told a crowd of supporters that God had allowed him to reach the mountaintop and see the Promised Land. “I may not get there with you,” he told them. “But I want you to know, tonight, that we, as a people, will get to the Promised Land.” Then he exclaimed, “Mine eyes have seen the glory of the coming of the Lord.”

The next day, he would see the Lord himself.

There is so much we could say about Dr. Martin Luther King Jr. this morning.

However, I am focusing today on Dr. King’s remarkable courage. He knew that Memphis was a boiling cauldron of racial conflict but traveled to the city despite its dangers. He knew that many were seeking his death but continued forward. He paid for his vision with his life.

His courage stands today as a model for all who would serve their Lord and their neighbor with transformative purpose.

Before God sent Joshua out to lead his people into the Promised Land, he challenged him: “Be strong and courageous. Do not be frightened, and do not be dismayed, for the Lord your God is with you wherever you go” (Joshua 1:9).

David said to his son Solomon, “Be strong and courageous and do it. Do not be afraid and do not be dismayed, for the Lord God, even my God, is with you. He will not leave you or forsake you” (1 Chronicles 28:20). Paul testified: “I can do all things through him who strengthens me” (Philippians 4:13).

Where do you need the courage of Christ to serve his cause?

When I was a pastor in Atlanta, Dr. John Haggai (not the San Antonio pastor of similar name) became a dear friend and mentor. His life motto still challenges and encourages me today: “Attempt something so great for God it’s doomed to failure unless God be in it.”

I know of no better way to honor Dr. Martin Luther King Jr. or to serve his God.