How I Felt When I Voted Yesterday 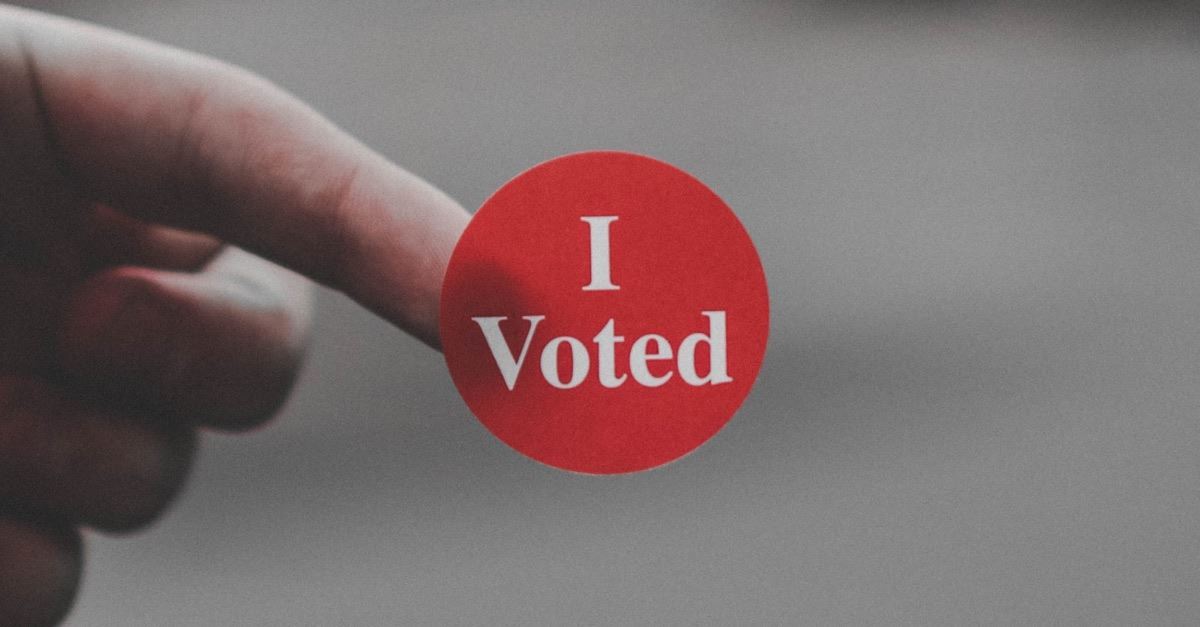 How I Felt When I Voted Yesterday

I voted in the midterm elections yesterday.

I’m not going to tell you what candidates I supported–this ministry is intentionally as nonpartisan as possible, hoping to reach people of any and all political persuasions.

Rather, I’m writing to tell you how it felt to vote.

This is the twenty-first time I’ve voted in a presidential or midterm election, but this one felt different. In the midst of the most virulent political animosity I can remember, I walked out of the voting precinct with an overwhelming sense of gratitude to be an American.

I felt gratitude for our founders–they risked everything to fight the most powerful nation on earth in defense of an idea and a new nation. I felt enormous gratitude for the soldiers who have served and died for my freedom.

On this All Saints’ Day, when Christians around the world remember the faith heroes who have gone before us, I’d like to explore with you this fact: courage changes culture.

Abraham left his home to follow God to a promised land. Moses confronted Pharaoh, the most powerful man on earth. Joshua and his people stepped into a flooded Jordan River. David faced Goliath. Galilean fishermen left their vocations to follow Jesus. Peter preached to the Sanhedrin. Paul testified before kings.

It takes courage to change the status quo. Friedrich Nietzsche was right: the “will to power” is the dominant drive in our fallen human nature. People who have achieved power will typically do anything to keep it. And those who seek power will do anything to achieve it.

Warren Bennis, the brilliant management scholar, observed that an “unconscious conspiracy” exists in every organization. Its purpose is to maintain the status quo for the future benefits of current participants. I have seen this “conspiracy” at work in every church, school, and organization I have served.

Mary Shelley, the author of Frankenstein, noted: “Nothing is so painful to the human mind as a great and sudden change.”

Why we need courage today

Courage is especially vital for culture-changing Christians in 2018 America.

Our nation was founded on a unity built on three factors: external threats, cohesive institutions, and a holistic Judeo-Christian worldview. We were facing the greatest military power the world had ever seen. Our political and military leaders unified thirteen colonies into a nation. Our churches preached the gospel and prayed for spiritual awakenings that transformed the nation.

Our cohesion was severely tested by the Civil War but survived and was strengthened as disparate states became a united nation. Two world wars and the Cold War fostered a cohesive patriotism and trust in our government and military. Our churches thrived as they preached biblical truth and fostered biblical community.

However, our trust in institutions began to falter in the 1960s with outrage over Vietnam, racial discrimination, and Watergate. Our consensual Judeo-Christian morality was shaken by the sexual revolution and legalized abortion, removing the social stigma of unbiblical morality and external motivation for sexual purity.

The postmodern shift from absolute truth to personal truth undermined the very notion of objective morality. And our last unifying external threat fell with the demise of the Soviet Union.

Today we have internalized our threats, demonizing our political opponents. Our institutions, including the church, have never been less trusted. And postmodern relativism has eviscerated a cohesive Judeo-Christian worldview.

How do we find the courage to be catalysts for the change we need?

First: Choose to be courageous. Scripture calls us to “be strong, and let your heart take courage” (Psalm 31:24). Decide that you want to be as courageous as the hour demands.

Third: Act with courage. Peter denied Jesus to a servant before Pentecost. After he was filled with the Spirit, he and John told the religious authorities who arranged for Jesus’ execution, “We cannot but speak of what we have seen and heard” (Acts 4:20). When you seek courage and pray for courage, you will act with courage.

The power of courage

Courageous Christians change the culture and offer us a model to emulate.

I know a hotel CEO who ordered pornography taken out of every property in his global chain, regardless of the cost to his bottom line. When I am faced with a sacrificial decision, his courage often comes to mind.

A dear friend of mine is a convert from Islam to Christianity. He chose to go back to his native country to share Christ with his Muslim family, with no assurance that he would ever be allowed to return to the States or see his wife again. When I have an opportunity to be bold in my witness, his courage often comes to mind.

I had lunch yesterday with one of my faith heroes. I still remember the day twenty-five years ago when he was treated with great injustice. His grace, magnanimity, and courage that day marked me. On occasions when I have been treated unfairly, his courage comes immediately to mind.

We cannot measure the eternal significance of present faithfulness. Where is God calling you to be courageous today?