How Democrats and Republicans Differ on Impeachment: ‘Ideas Shape the Course of History’ 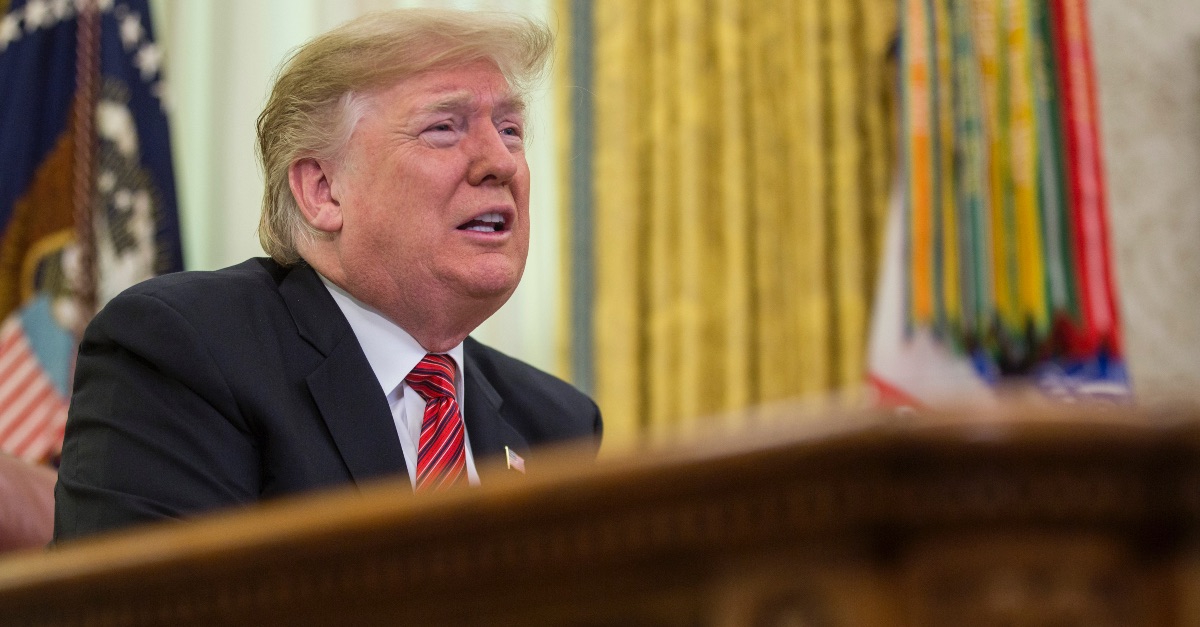 How Democrats and Republicans Differ on Impeachment: ‘Ideas Shape the Course of History’

The lawyer for House Judiciary Committee Democrats told the committee yesterday that evidence for President Trump’s impeachment is “overwhelming” and “uncontradicted” and stated that it “cannot be disputed.” The Republicans’ lawyer, by contrast, stated: “This unfair process reflects the degree to which Democrats are obsessed with impeaching President Trump by any means necessary.”

Unsurprisingly, 83.2 percent of Democrats support impeaching the president, while only 9.1 percent of Republicans agree.

The Saudi gunman and polyamorous families

The Saudi gunman who killed three people at the Pensacola naval base apparently went on Twitter shortly before the shooting to blast US support of Israel and accuse America of being anti-Muslim. This was reported by a US official as the FBI confirmed it is operating on the assumption that the attack was an act of terrorism.

In other news, a twenty-year-old woman from Jacksonville, Florida, is expecting her first child. Here’s what makes her story unusual: the father is one of four men with whom she is in a polyamorous relationship. She told reporters that the five plan to raise the child together as a family.

Meanwhile, an article in The Federalist warns that “male transjacking will ultimately end women’s sports.” The column cites a biological male who competes in women’s mixed martial arts and recently shattered a competitor’s eye socket. It also names Gabrielle Ludwig, a six-foot-six-inch biological male who starts on the women’s basketball team at Mission College in California and “mysteriously led the league in rebounds,” among other examples.

“Ideas shape the course of history.”

One hundred years ago, a little-known British economist published a book protesting the Versailles treaty that brought the First World War to its conclusion. John Maynard Keynes correctly foresaw the chaos that led to the rise of Nazi Germany.

The now-famous public intellectual was right: “Ideas shape the course of history.”

Democrats and Republicans obviously have very different views regarding the impeachment of the president. Jihadist ideas continue to inflame conflict here and around the world. And the crescendo of support for polyamory and “gender fluidity” in our culture is manifested daily in the news.

“You rise at dawn and hurry to carry them out”

The significance of ideas is one of the most dominant ideas in the word of God as well.

For instance, Micah 2 warns: “What sorrow awaits you who lie awake at night, thinking up evil plans” (v. 1a NLT). Why is such private sin so deadly? Because “you rise at dawn and hurry to carry them out” (v. 1b NLT).

Sinful actions are preceded by sinful thoughts. This is why the battle for the mind is so crucial.

An example: Because the Israelites living on the eastern side of the Jordan River “broke faith with the God of their fathers, and whored after the gods of the peoples of the land, whom God had destroyed before them” (1 Chronicles 5:25), the Lord “took them into exile” (v. 26).

And another: Micah 3:5 warns of “the prophets who lead my people astray, who cry ‘peace’ when they have something to eat, but declare war against him who puts nothing into their mouths.” Here we learn that prosperity can deceive us into thinking all is well with God when all is well with us.

“There are only two kinds of people in the end”

God wants to speak his truth to and through us, as Micah testified: “But as for me, I am filled with power, with the Spirit of the LORD, and with justice and might, to declare to Jacob his transgression and to Israel his sin” (Micah 3:8). But we must be submitted to his Spirit to hear his voice.

Here’s how: “Let us go up to the mountain of the LORD, to the house of the God of Jacob, that he may teach us his ways and that we may walk in his paths” (Micah 4:2). When we make time to be with God and learn his ways, we will “walk in his paths.” But only then.

Our Lord envisions a future when the nations “shall beat their swords into plowshares, and their spears into pruning hooks; nation shall not lift up sword against nation, neither shall they learn war anymore” (v. 3). But so long as God is a Sunday hobby, an option for those who choose to be “religious,” our culture will not and cannot experience the peace and purpose he alone can give.

“One thing is necessary”

In a recent First15 devotional, Craig Denison focuses on the narrative in Luke 10 where Jesus visited Mary and Martha. While Mary “sat at the Lord’s feet and listened to his teaching” (v. 39), “Martha was distracted with much serving” (v. 40). Jesus said of Mary’s focus on him: “One thing is necessary. Mary has chosen the good portion, which will not be taken from her” (v. 42).

It is true that we need what Martha does. Meals must be prepared; work must be done. However, it is also true that our culture values Martha over Mary. We are known for what we do more than for who and Whose we are.

Craig notes: “If it’s really true that only one thing is necessary, we need to fight for that one thing above all else. We need to devote ourselves to sitting at the feet of Jesus above every other pursuit.”

In a Martha culture, have you made time to be like Mary yet today?