Having Courage in the Face of an Anti-Christian Culture 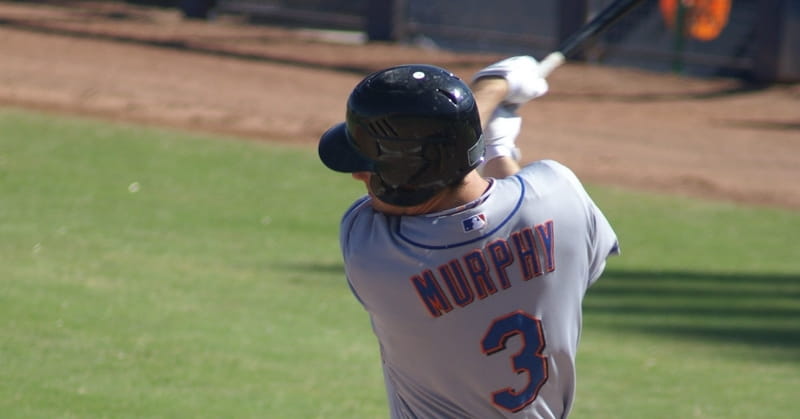 Having Courage in the Face of an Anti-Christian Culture

Daniel Murphy has accomplished something no one else in baseball history has done. Not Babe Ruth, or Hank Aaron, or Mickey Mantle. He has hit home runs in six consecutive postseason games. His latest helped the Mets defeat the Cubs and earn their first trip to the World Series in fifteen years.

But Murphy is making headlines beyond his baseball heroics. Reporters are replaying an incident that occurred last spring, when he made this statement regarding homosexuality: "I do disagree with the lifestyle, 100 percent." Critics are deriding him today for such "intolerance."
But here's how Murphy explained his statement: "Maybe, as a Christian, we haven't been as articulate enough in describing what our actual stance is on homosexuality. We love the people. We disagree with the lifestyle. That's the way I would describe it for me. It's the same way that there are aspects of my life that I'm trying to surrender to Christ."
Humble courage is essential to Christian witness today. In our culture, believers face criticism and slander for their biblical convictions. In other cultures, they face far worse. A Catholic charity has released a report on the "deepening plight of Christians" around the world. It states that "Christians are fast disappearing from entire regions" and warns of "the very real possibility that Christianity could soon all but disappear from much of its ancient homeland."
Radical Islamists are behind much of this rise in persecution. And their ideology is spreading far beyond the Middle East. For instance, eight men in Cologne, Germany, were charged with looting churches and schools to give money to ISIS. The former commander of Britain's chemical, biological, and nuclear weapons regiment is warning that ISIS will "inevitably" gain and use weapons of mass destruction.
Jesus warned us: "If they persecuted me, they will persecute you" (John 15:20). Those who hate God hate the people of God. Satan knows that he cannot attack our Father, so he attacks his children. As Dietrich Bonhoeffer wrote and proved, discipleship comes at a cost—always.
The next time you face opposition for your faith, remember these biblical statements:
Martin Luther King, Jr. was right: "We must constantly build dykes of courage to hold back the flood of fear." Theologian A. A. Hodge observed, "It is easier to find a score of men wise enough to discover the truth than to find one intrepid enough, in the face of opposition, to stand up for it."
Will you be intrepid for Jesus today?
Photo courtesy: Wikimedia Commons
Publication date: October 23, 2015