Hallmark Waffles on Lesbian Brides: God’s Call to Serve a Cause Is Worth Its Cost 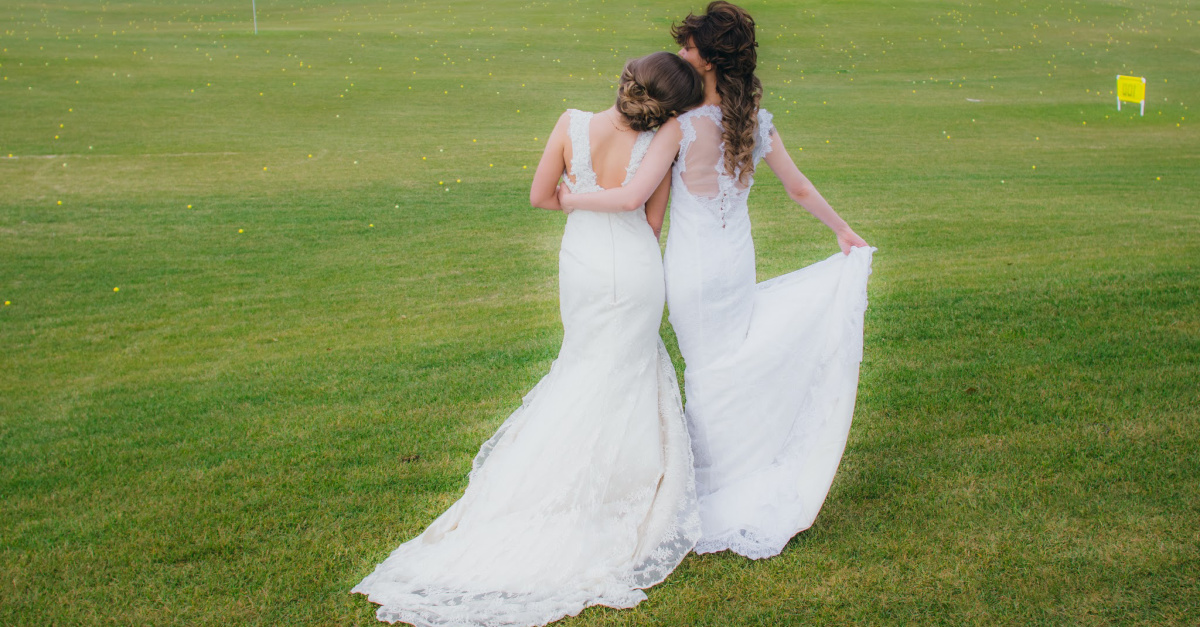 Hallmark Waffles on Lesbian Brides: God’s Call to Serve a Cause Is Worth Its Cost

In other news, Olivia Newton-John’s iconic black leather jacket from the movie Grease sold at a charity auction last month for $243,200. Here’s what makes the story so surprising: the new owner then gave the jacket back to its original owner.

The anonymous buyer explained: “This jacket belongs to you and the collective soul of those who love you, those for whom you are the soundtrack of their lives. It should not sit in a billionaire’s closet for country club bragging rights. For this reason I humbly and respectfully return it to its rightful owner, which is you.”

Newton-John plans to display the jacket in her cancer center, the cause for which the jacket was auctioned.

Yesterday we focused on seeing God as the king of the universe who is relevant to every dimension of our lives, every day of our lives. Today, let’s think about the best way to respond to such relevance.

Hallmark’s waffling reveals a company driven by public perception and profits. Their vacillation makes the generosity of Olivia Newton-John’s anonymous donor even more noteworthy for its singularity.

Our economy is built on consumeristic capitalism. “Buy low, sell high” is more than a stock market axiom—it is the way many people engage society.

We live in a culture that believes it’s all about us. You are a means to my end, a reader whose engagement and support enables my work. I am a means to your end, a writer whose work (hopefully) helps you become who you want to be. We live in a transactional society where selfless sacrifice is counterintuitive and countercultural.

Here’s the way forward: find a cause worth its cost and more.

The courage that birthed Texas

Brian Kilmeade’s Sam Houston and the Alamo Avengers was of special interest to me as a native Texan, but his retelling of our state’s independence is worth anyone’s attention.

Col. William Travis, the officer in charge of the Alamo, addressed the garrison: “My soldiers, I am going to meet the fate that becomes me. Those who will stand by me, let them remain, but those who desire to go, let them go.”

Travis then drew his sword and traced a line in the dirt in front of the men as they stood in formation. He invited those who would stand with him and die with him to step across the line.

All but two did.

One was Jim Bowie, bedridden and unable to walk. Kilmeade notes that “despite his fevered state, [Bowie] requested that he be helped across.” The other man remained behind and was permitted to depart. He would survive to recount the story.

Travis and his troops were massacred the next morning by Santa Anna’s army, but their brave resistance bought Gen. Houston the time he needed to prepare the army that would defeat Santa Anna six weeks later and win Texas her independence.

“Remember the Alamo!” was their cry and their cause.

“The surpassing worth of knowing Christ Jesus my Lord”

Scripture and history prove that people who make the greatest difference in the world are those who are willing to pay the highest price.

What explains such sacrificial courage?

Paul described his passion this way: “I count everything as loss because of the surpassing worth of knowing Christ Jesus my Lord” (Philippians 3:8). He would pay any price to serve the One whose grace saved his soul and redeemed his life.

“Saying ‘yes’ to God’s destiny for our lives”

You and I have gone as far with Jesus as we can go at our present level of sacrifice. So it is with every area of your life. Your portfolio or annuity is all it can be without further investment. Your marriage is all it can be without further commitment of time and energy and passion. You have gone as far at work or school as you can unless you make further sacrifices to make further progress.

What is your next step in worshiping and serving your King? Where does he want more of your time, more of your abilities, more of your money, more of you? What service is he asking you to render? What witness to give? What sin to refuse? What forgiveness to ask or offer?

Curtis Almquist of the Society of St. John the Evangelist: “Surrendering to God’s will can evoke fear in our hearts, raise questions, instill resistance. It can be quite costly or difficult. We may be misunderstood or judged harshly by people surrounding us. And yet, there’s enormous freedom, authority, and joy in saying ‘yes’ to God’s destiny for our lives.”

Will you manifest such joy to your consumeristic culture today?

NOTE: A Daily Article reader sent me this:

“It’s a blessing to read news from your website. Christian news sources are so often filled with hate and negativity. There are serious problems in our world and we do need to respond with love as Christians and at the same time strongly defend the faith. Your articles, I believe, help me to do that. Thank you.”

I am grateful for her kind words, which I see as evidence that a movement of culture-changing Christians is happening.