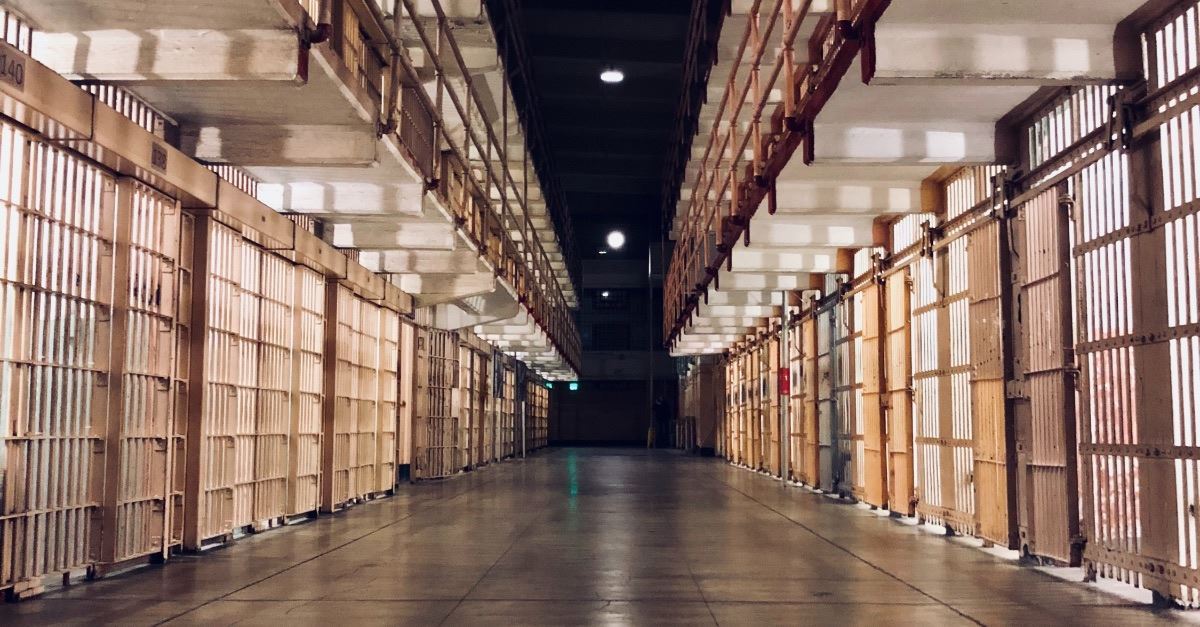 In a rare reminder that sometimes helping people can be more important than maintaining party lines, President Trump joined with members on both sides of the aisle in Congress this week to announce that he will support a bipartisan prison reform bill. It might reach his desk as soon as next month. The bill will roll back certain elements of existing crime laws with regard to issues like minimum sentencing for nonviolent crimes.

President Trump stated that it was his “honor to be involved, and it’ll be an even greater honor to sign” the new law. As Ja’Ron Smith, the president’s domestic policy adviser, said of the bill, “What we’re doing here is finding a better way to be smart on crime. We want prison to serve as a place to lock up the people who are the most detrimental to society.”

But what about those prisoners who will be relatively unaffected by the new legislation?

There’s encouraging news for them as well.

The chance to be human again

As Yonat Shimron writes for Religion News Service, seminaries across the country are increasingly partnering with prisons to help inmates get bachelor’s degrees in subjects like pastoral ministry and biblical studies. The goal is to train inmates to “become ‘field ministers’ who can serve as counselors for other inmates, lead prayers, assist prison chaplains and generally serve as a calming influence in prison yards.”

To that end, “Applicants must be felons serving minimum 15-year sentences with a high school diploma or GED and a clean disciplinary record for at least a year.” The point is to equip inmates to be positive forces for the gospel from inside the prison.

And the program works.

Burl Cain was a former warden at one of the first prisons to adopt this kind of program. He remarked, “It changes the culture of the prison from within. [The program’s graduates] calm it down. You get rid of gangs. It really makes a difference.”

James Benoy, who has been taking classes for about eighteen months, said, “Before we came here a lot of us were living in despair–no hope. It’s transformed us. We have a purpose, a direction and a mission in life.” Bryce Williams, thirty-six years old and serving an eighteen-year sentence, added that “being in prison can be so dehumanizing. . . . [the program] affords you the opportunity to be human.”

Ministering in the darkest places

As Christians, we are abundantly free to have varying opinions on issues like prison reform and the proper sentences for those who have broken the law. After all, these are complicated issues with repercussions that extend well beyond the walls of the nearest penitentiary.

However, God’s word is abundantly clear that we are never free to view one of his beloved children as less than human. While I don’t think that’s an issue with which most of us struggle, it’s important to remember that every corner of our society in which the lost reside is well within the purview of our calling and worthy of the gospel message (Matthew 28:19-20; Acts 1:8)­.

As James Dew, the dean of Southeastern College and a professor in one of the North Carolina prison programs, notes, “We tell people that as an institution it’s our mission to train people to go to the darkest places in the world and to be the light of Christ. Most of our faculty see it for what it is–an opportunity to fulfill our mission.”

My purpose today is not to say that all of us need to spend this weekend at the nearest prison sharing the gospel with those who call it home, although it’s perhaps worth a moment of prayer to see if that’s a ministry to which God might be calling you.

Rather, it’s to encourage all of us to take some time to prayerfully ask if there are any corners of our lives that we have cordoned off as beyond the potential work of the kingdom.

It could be a friend or coworker that you’ve given up on ever coming to the Lord. Perhaps it’s the lunchroom at your office or school where you simply assume no one would be interested in hearing about Jesus. For a lot of us, it might be the neighbors to whom we’re more than willing to say hello, but with whom we’re rarely interested in conversing on any real or deep level.

Rarely do we section off those parts of our lives consciously or without a good reason. Moreover, it probably would be a mistake to stand up during lunch today and announce to anyone within earshot that they need Jesus and you’re going to tell them about him, whether they like it or not. After all, evangelism of any sort should always be done under the power and guidance of the Holy Spirit rather than at our own initiative.

Yet, if we ever reach the point where we close ourselves off to the possibility that today might be the day that God wants to use us to lead someone to him, then we’re going to miss the opportunity to make a truly eternal difference in that person’s life.

Which mission fields are you avoiding today?