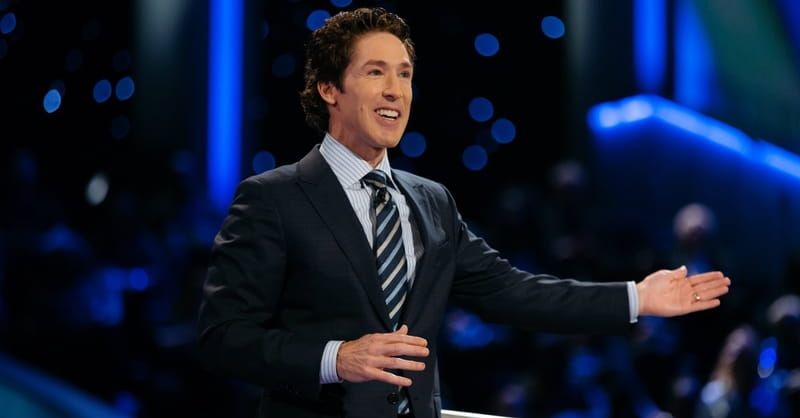 Two explosions rocked a chemical plant east of Houston early this morning. Residents in the area are being evacuated. Up to 30 percent of Harris County (the area that includes Houston) is flooded—an area equivalent to the combined square miles of New York City and Chicago.

Meanwhile, a church in Houston has been in a storm of its own. Joel Osteen’s Lakewood Church posted on Facebook Sunday night that it was “inaccessible due to severe flooding.” When photos were posted that seemed to contradict this claim, the church received severe criticism. Some of the tweets were so blasphemous and obscene that I would not consider quoting them here.

Osteen spoke to CBS This Morning yesterday to clarify. He stated that Houston officials initially asked his church to be a distribution center since the city had already opened a shelter nearby. Several areas of the church were flooded at that time. When the city later asked the church to serve as a shelter, it complied immediately, using parts of the campus that were accessible.

My point is not to criticize or defend Joel Osteen. It is to note how willing the media have been to publicize appalling condemnations of his church before giving him an opportunity to respond. But a story about an “uncaring” megachurch fits the secular narrative of our “religion is irrelevant or dangerous” culture.

God’s people are not immune from the crises inherent in living on a broken planet. Hurricane Harvey flooded churches as it flooded houses, schools, and businesses. How should we respond to disaster? And how should we respond when we suffer for our faith?

Romans 8:35–39 is my favorite paragraph in Scripture. It offers four principles worth remembering whenever peril or persecution find us.

Paul asks, “Who shall separate us from the love of Christ? Shall tribulation, or distress, or persecution, or famine, or nakedness, or danger, or sword?” (Romans 8:35). His question assumes the reality of such adversity. Hurricane Harvey has left Houston, but more storms are coming.

Two: Expect to suffer for your faith.

The apostle continues: “As it is written, ‘For your sake we are being killed all the day long; we are regarded as sheep to be slaughtered'” (v. 36, citing Psalm 44:22). Studies showthat Christians are the most persecuted group in the world. Those who believe God’s word are increasingly in conflict with our secular culture.

Three: Claim your victory in Christ.

Paul continues: “No, in all these things we are more than conquerors through him who loved us” (v. 37). Note that we are conquerors “in” these difficulties. Our circumstances do not change our identity as God’s children.

The apostle concludes: “For I am sure that neither death nor life, nor angels nor rulers, nor things present nor things to come, nor powers, nor height nor depth, nor anything else in all creation, will be able to separate us from the love of God in Christ Jesus our Lord” (vv. 38–39). “Nor anything else” includes Hurricane Harvey and every storm you’ll face today.

To paraphrase Philip Yancey, how would your life change if you looked in the mirror and saw what God sees?