Fear and Faith at War in Israel 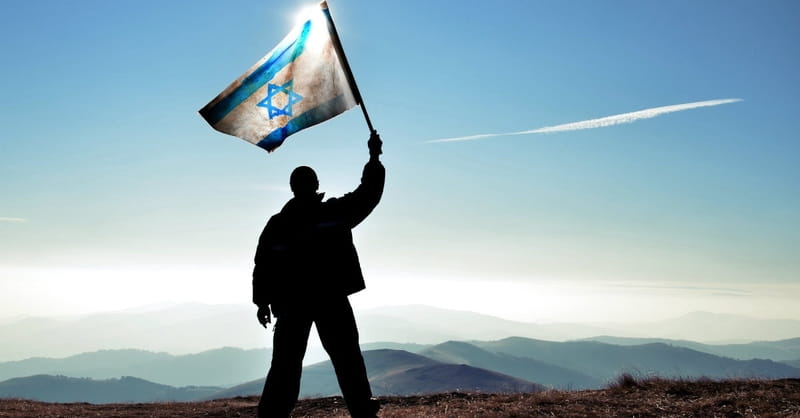 Fear and Faith at War in Israel

I am writing this week from the Holy Land, where I spent yesterday watching Israelis celebrate their independence. Huge crowds gathered on the Tel Aviv beach to watch an air show performed by their nation’s military. Families filled every park I saw. The mood was upbeat and energetic.

I was especially moved by our visit to Independence Hall, the building where David ben Gurion read a statement in 1948 declaring the existence of the State of Israel. At the time, he and those who met with him knew that the nations surrounding their tiny sliver of land were likely to respond by declaring war. The country they created could be annihilated before it began. Meeting just a few years after the Holocaust, the people in the hall that day knew that their future was tenuous at best.

But they acted with courage and faith, believing in their cause and willing to sacrifice their lives in its service. Sixty-nine years later, the nation they birthed continues to thrive.

It can be hard to believe in ideals the world rejects. When fear and faith are at war, how do we choose faith?

One: Remember what matters most.

It is tempting to value the material over the spiritual. But as Alfred Lord Tennyson so famously noted, “Nothing worth proving can be proven.” Paul succinctly described the Christian’s response to our visible world: “We walk by faith, not by sight” (2 Corinthians 5:7). While we live in the present, it is hard to envision eternity. But one day soon, eternity will be all there is and we will be forever grateful that we chose faith.

Scripture promises: “Let us not grow weary of doing good, for in due season we will reap, if we do not give up” (Galatians 6:9). In The Screwtape Letters, C. S. Lewis has the chief tempter Screwtape advise his demonic understudy, “Do not be deceived, Wormwood. Our cause is never more in danger than when a human, no longer desiring, but still intending, to do [God’s] will, looks round upon a universe from which every trace of Him seems to have vanished, and asks why he has been forsaken, and still obeys.”

Toward the end of Independence Day, we stopped at the memorial to Prime Minister Yitzhak Rabin, who was assassinated in Tel Aviv on November 4, 1995. One of Israel’s greatest war heroes and strongest proponents of peace with the Palestinians, he was murdered by a Jew who wanted to derail the peace process. Twenty-two years later, it seems that the conflict Mr. Rabin sought to end is no closer to resolution. However, it is always too soon to give up on hope.

At the plaza where the prime minister was killed there is a plaque in his memory with the words, “His legacy is peace.”

What will your legacy be?

NOTE: I encourage you to join our long-term partner GFM Ministries for their upcoming MBB Conference on May 12–13 at Park Cities Baptist Church in Dallas, Texas. This missions conference is designed to empower and equip Christians to reach Muslims with the love and message of Jesus Christ. Readers of the Denison Forum will receive a special 25 percent discount when they register at MBBConference.org with promo code 2017DENISON. I hope you’ll attend if you can and ask you to pray for my friends as they reach Muslims in Dallas and around the world.