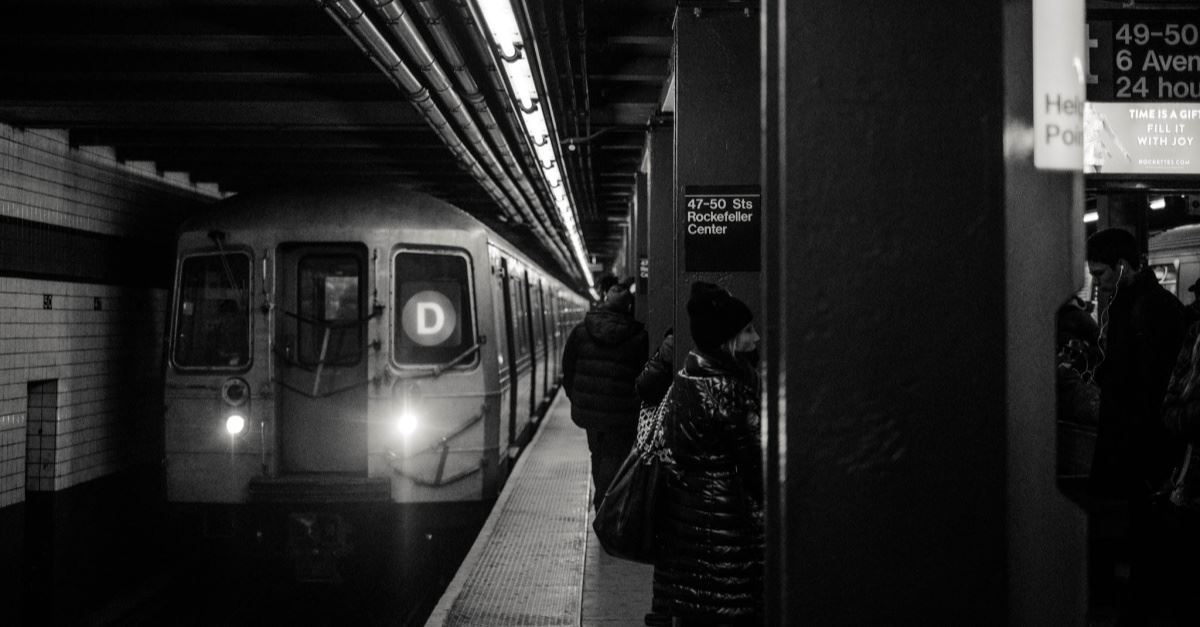 An intoxicated man fell onto a Bay Area Rapid Transit (BART) track in Oakland last Sunday afternoon. He landed in front of an approaching train. A BART employee named John O’Connor grabbed him by the shoulders and pulled him to safety.

The now-viral video shows how close the man came to death.

We are all in this story. We are the man who is about to die, or the man who did what he could to save him, or the people who did not try to help.

“The antagonism between life and conscience”

I recently read a statement by Randy Alcorn that has bothered me ever since. He quoted Leo Tolstoy: “The antagonism between life and conscience may be removed either by a change of life or by a change of conscience.”

Alcorn then commented: “Many of us have elected to adjust our consciences rather than our lives. Our powers of rationalization are unlimited. They allow us to live in luxury and indifference while others, whom we could help if we chose to, starve and go to hell.”

I’m not sure Christians in America have ever been as tempted to privatize our faith as we are today.

I wrote yesterday about the Trump administration’s new proposal that would allow Christian charities who affirm biblical marriage to arrange adoptions for at-risk children. An article in the Daily Beast responds with this headline: “Let’s Call ‘Religious Freedom’ by Its Real Name: Poisonous, Anti-LGBTQ Bigotry.”

In similar news, the D. James Kennedy Ministries, a Christian media ministry founded in 1974, has been labeled a “hate” group by the Southern Poverty Law Center. The reason: the ministry stands for traditional marriage.

A decision that inspired a king

In Daniel 6, King Darius established an ordinance that anyone who prayed to “any god or man for thirty days” except to the king would be “cast into the den of lions” (v. 7).

Now Daniel had a decision to make. He could continue to pray three times a day as was his custom but do so privately. Or he could choose his King over his king by continuing to pray publicly.

You know what he chose: “When Daniel knew that the document had been signed, he went to his house where he had windows in his upper chamber open toward Jerusalem. He got down on his knees three times a day and prayed and gave thanks before his God, as he had done previously” (v. 10).

He was thrown into the lions’ den as a result, but he was saved and the king decreed that “in all my royal dominion people are to tremble and fear before the God of Daniel” (v. 26).

We find stories of courage like Daniel’s all throughout Scripture and Christian history.

Remember Moses standing before the Egyptian pharaoh, Nathan exposing David’s sin to him, Elijah confronting Ahab, the apostles testifying to their faith before the Sanhedrin, and Paul preaching the gospel to the Roman authorities. Think of Martin Luther risking his life to defend his Reformation principles, Dietrich Bonhoeffer refusing to flee Nazi Germany, and Kayla Mueller standing up for Christ before ISIS killers.

Here’s the irony: when we refuse to privatize our faith, those who benefit are the very people who wish we would.

The man on the BART track will forever be grateful that John O’Connor saved him. The Persians learned the identity of the one true God through Daniel’s courage. Our skeptical culture desperately needs to know God’s word on the moral issues of our day.

“Do not be held hostage”

C. S. Lewis noted: “Human history is the long terrible story of man trying to find something other than God which will make him happy.”

Imagine a culture influenced by Christians who speak truth to power at personal risk, who hold up God’s standards and encourage us to live by them, but who do so with genuine humility and compassionate grace.

David Vryhof of the Society of St. John the Evangelist: “Do not be afraid. Do not be held hostage by your fears of your own inadequacy, or of the possibility of failure or rejection or even physical harm. Fear God alone. If you don’t fulfill the mission God has assigned to you, who will?”

What mission has God assigned to you?