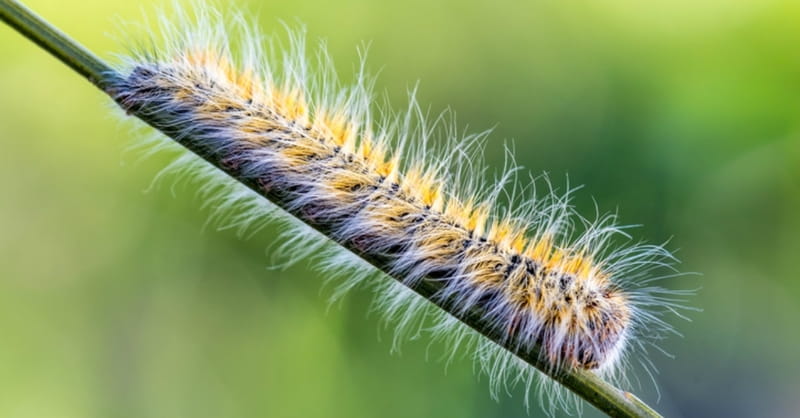 London is a world-class city. Its history and pageantry are combined with its status as a global financial center. It’s not surprising that more than forty-two million tourists are expected to visit the city this year.

But if you’re planning a visit this summer, avoid the caterpillars.

A particular breed (technically the larval stage of the oak processionary moth) has been deemed toxic by authorities at the UK’s Forestry Commission. The caterpillar’s sixty-two thousand hairs seem to trigger severe allergic reactions in humans. They can cause skin rash, difficulty in breathing, and even death by anaphylactic shock.

Here’s my question: if you have no plans to visit London, what about this story caused you to read it?

A second item in the news: doctors have identified five habits that could help you live a decade longer.

A new study names the five: never smoke, maintain a healthy body-mass index, keep up moderate to vigorous exercise, don’t drink too much alcohol, and eat a healthy diet. Adhering to these five lifestyle factors at age fifty, compared with not adhering to any of them, was associated with fourteen additional years of life for women and 12.2 added years for men.

Once again, what about this story caused you to read it?

I recently read Hans Rosling’s Factfulness: Ten Reasons We’re Wrong About the World–and Why Things Are Better Than You Think. Bill Gates calls it “one of the most important books I’ve ever read.” I can see why.

One reason we’re “wrong about the world,” according to Rosling, is that we’re afraid of it. He notes that fears of physical harm, captivity, and contamination by invisible substances that can poison or infect us are “hard-wired deep in our brains.”

In our media-saturated day, one very effective way for a news outlet to get our attention is to tell us stories that stoke such fears. Stories on declining malaria rates or mild weather won’t get past our filters. Stories on earthquakes, wars, disease, fire, flood, sharks, and terror attacks will.

As a result, we are inundated with news that focuses on things we fear. For instance, deadly caterpillars and ways to prevent death made it past your attention filter in today’s Daily Article.

As a result, many of us are wrong about much of the good news in the world.

An example: Rosling asks how the number of deaths per year from natural disasters has changed over the last hundred years: (A) more than doubled; (B) remained about the same; or (C) decreased to less than half. What did you answer?

The correct response was (C). In fact, the number of deaths from acts of nature is 25percent of what it was one hundred years ago.

Rosling’s point is not that the world is not still a dangerous place. His point is that we have been conditioned by fear to miss the good news for the bad news. And to focus our fear on the wrong subjects.

A lesson from the “Avengers”

I saw the latest Avengers movie over the weekend. I’ve only seen a few of the nineteenthat have been made, which makes those I see more confusing than enlightening. I did understand at least this part of the newest film in the series: the heroes are trying to keep the villain from annihilating half of the population in the universe.

This seems a worthy aim. Imagine playing a role in saving so many lives from death.

As I watched the film, however, I could not help thinking about the spiritual death awaiting every person who has not received God’s gift of eternal life in Christ. Of course, there was no fear of such damnation mentioned in the movie.

You may know the name Penn Jillette, a famous magician and outspoken atheist. Some years ago, he made a YouTube video about a businessman who gave him a Bible. We might expect Jillette to castigate the man for “proselytizing.”

Actually, the opposite is true: “He was really kind and nice and sane and looked me in the eyes and talked to me and then gave me this Bible. And I’ve always said that I don’t respect people who don’t proselytize. I don’t respect that at all.”

Jillette explained: “If you believe that there’s a heaven and hell and people could be going to hell or not getting eternal life or whatever, and you think that it’s not really worth telling them because it would make it socially awkward . . . How much do you have to hate someone to believe that everlasting life is possible and not tell them that?” He added, “That was a really good man who gave me that book.”

What will you tell the Penn Jillettes you meet today?