Criticism of President Trump’s Syria Decision Escalates: How Should Christians Relate to Him? 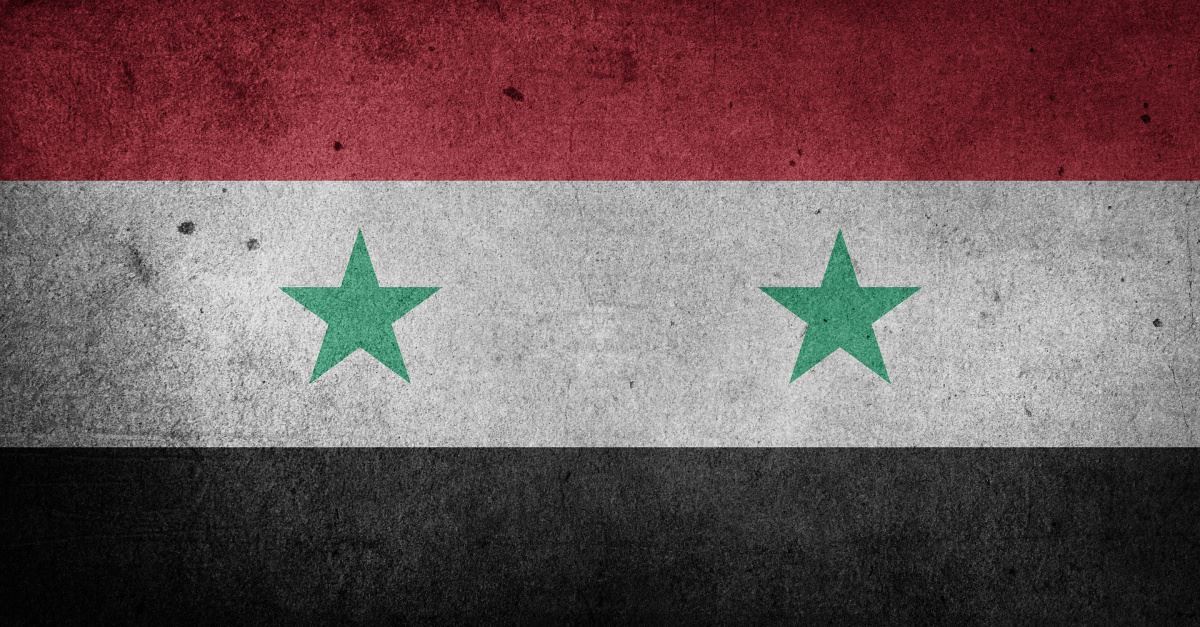 Criticism of President Trump’s Syria Decision Escalates: How Should Christians Relate to Him?

Turkey is continuing its offensive on Kurdish-held areas of northern Syria this morning. The BBC reports that at least eleven civilians have died while tens of thousands have fled their homes. The offensive began two days ago after President Trump moved American troops out of the area.

When the president announced that he was withdrawing our forces from this region, reaction was swift even from his most consistent supporters. Franklin Graham asked his readers to pray with him that the president would reconsider his decision. Pat Robertson warned that “the president of the United States is in danger of losing the mandate of heaven if he permits this to happen.” And Sen. Lindsey Graham, usually a staunch defender of the president’s foreign policy, called the decision a “major blunder.”

For more on the Kurds and Syria, please see my website article, “Who are the Kurds? Why is Turkey invading Syria? How should Christians respond?”

The questions we receive most

The questions our ministry has received most frequently since President Trump’s election can be summarized this way: How can Christians support a president whose policies and personal character they find objectionable? We could ask the same question about governors, mayors, and many others in political office.

Let’s begin with this note: Denison Forum is a nonpartisan ministry. Our purpose is not to support political candidates or parties. Rather, our mission is to offer biblical perspective on contemporary issues, seeking to equip Christians in using their influence to advance God’s kingdom in our culture.

As a result, my purpose today is not to offer personal commentary on the president but to help us think biblically about ways Christians can relate to him as a leader and a person.

Scripture consistently teaches that we are to respect our governing authorities.

Peter was clear: “Be subject for the Lord’s sake to every human institution, whether it be to the emperor as supreme, or to governors as sent by him to punish those who do evil and to praise those who do good” (1 Peter 2:13–14). Paul added: “Let every person be subject to the governing authorities. For there is no authority except from God, and those that exist have been instituted by God” (Romans 13:1).

Note that Peter and Paul made these statements when Nero, one of the most notorious and ungodly leaders in history, was the Roman emperor. In fact, he later ordered the execution of both apostles.

Their injunctions make clear that whatever we think about those in public authority, we are under the clear biblical mandate to respect their position and pray for them. We’ll say more about this subject shortly.

God often surprises us with the people he uses to advance his kingdom agendas. For instance, he used the Egyptian pharaoh to elevate Joseph and save his people. He used the Persian King Cyrus to liberate the Jews from their Babylonian captivity.

In the same way, some evangelicals see President Trump as a Cyrus-like leader whose chief responsibility is to protect the nation. I know pastors who distinguish between Romans 13 leadership and Sermon on the Mount personal character. They say they would not want Donald Trump to teach Sunday school in their church, but they want someone with his strong personality to lead our nation in these days. They note that “he’s our president, not our pastor.”

Similarly, some prioritize the president’s leadership agendas over concerns about his personal character. For instance, many Christians voted for Mr. Trump because they valued his pro-life stance and campaign promise to make nominations to the Supreme Court and other judicial positions that are consistent with this commitment. They appreciate his strong support for religious liberty and for the State of Israel as well.

On the other hand, many Christians believe that personal character is foundational to public leadership. They point to the clear biblical expectations of overseers and others in church leadership (cf. 1 Timothy 3, Titus 1) and assert that such integrity is essential to all effective leadership.

They also consider the president to be America’s global representative and model for our national culture and character. As John the Baptist rebuked King Herod for personal immorality (Mark 6:18), they believe Christians should oppose President Trump if they object to his personal character.

Whatever our position on President Trump’s public leadership and personal character, it is vital that we relate to him in ways that honor our Lord and advance our witness. Consider four biblical principles.

One: We are commanded “to speak evil of no one, to avoid quarreling, to be gentle, and to show perfect courtesy toward all people” (Titus 3:2). Jesus taught us to go directly to others (Matthew 18:15), saying about them only what we would say to them.

Two: When we object to the president’s decisions or actions, we should turn our concerns into intercession (1 Timothy 2:1-2). Oswald Chambers notes: “Discernment is God’s call to intercession, never to fault finding.”

Three: We should defend biblical principles when they are relevant to political decisions. For instance, I respectfully disagreed with President Obama when he reversed his position on same-sex marriage. But we should do so in biblical ways, refusing to slander others and “speaking the truth in love” (Ephesians 4:15).

Four: We should pray for our leaders to be fully devoted followers of Jesus. Our Lord’s call to sacrificial discipleship (Luke 9:23) is for everyone. The “fruit of the Spirit” is his intention for us all (Galatians 5:22-23).

What matters most today

I am sure that some reading this article would want me to make an unconditional personal endorsement of the president, just as others would want me to state the opposite. But as I noted earlier, my mission is not to offer personal opinion but nonpartisan biblical perspective on cultural issues. My goal is to advance a movement of culture-changing Christians.

Therefore, I believe God’s people should measure everything we say and do by two questions:

Our calling is not to win debates but souls. If Christians drive people away from Christ through the way we support or oppose the president, we have lost far more than we might gain.

Ten thousand millennia after the Trump administration has ended, Jesus will still be King.