Congressman Forgives Teenager who Threatened to Kill Him 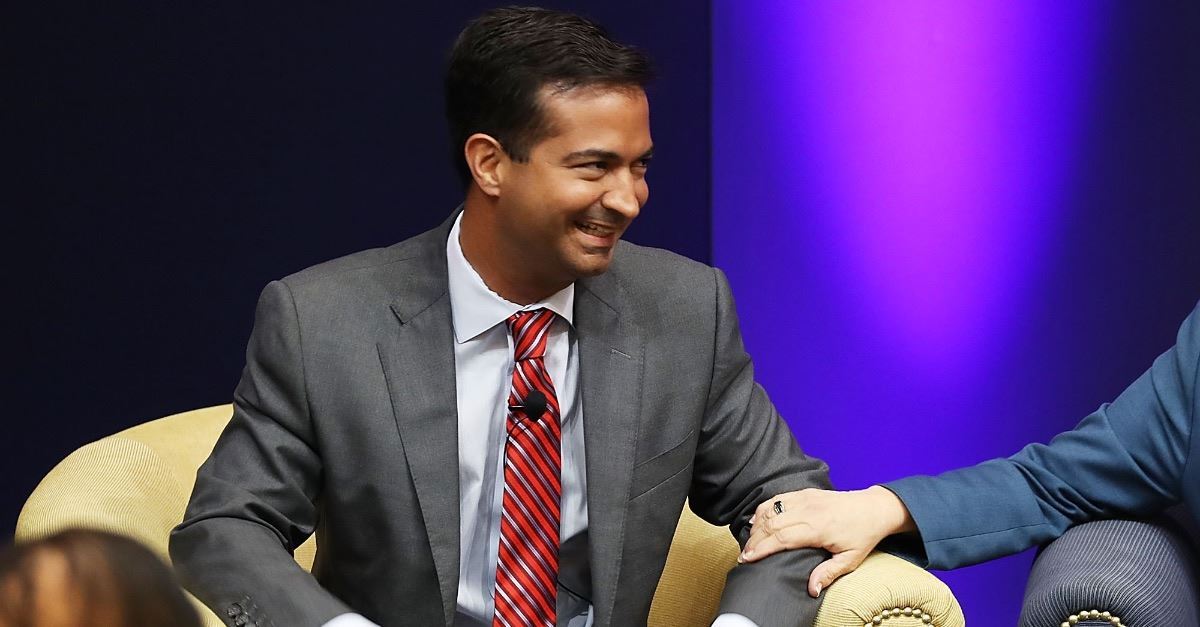 Congressman Forgives Teenager who Threatened to Kill Him

“I will kill Carlos Curbelo.” This was posted to Twitter on October 24. Curbelo, a Republican congressman in Florida, responded: “Political intoxication is making some Americans more prone to both verbal and physical violence. It’s a serious crisis and we all have to do our part to put an end to it. Not sure what’s more disturbing; the fact that someone tweeted this or that 4 accounts liked it.”

The next day, FBI and local police arrested nineteen-year-old Pierre Alejandro Verges-Castro of Homestead, Florida, for making the death threat on his Twitter account. Curbelo’s office thanked the police and said the congressman would continue with his schedule as planned.

But that’s not the end of the story.

Last Thursday, more than a week after the arrest, Curbelo held a news conference with the teenager who threatened to kill him.

Curbelo told reporters: “Today I want everyone to know that I forgave him. As for Pierre, I wish him the best. He made a mistake and his life shouldn’t be ruined because of it.” Verges-Castro stood silently next to the congressman, who explained that the state attorney still had an open case against the teenager and that Verges-Castro would not be speaking because of that.

The next day, Curbelo told CNN’s Cuomo Prime Time that he had called authorities to ask if the teenager was truly dangerous or “just some kid who said something I’m sure he really regrets right now.” Police told him it was the latter.

So Curbelo asked for a meeting with Verges-Castro. He learned that the teenager was a “really, really good kid” who played the piano and guitar and was going to school to earn an associate degree. “He explained to me that he had some issues in his personal life that he thinks pushed him to do something like this, and he also talked about the toxicity of our politics and how nasty and negative everything is.”

Curbelo told Cuomo, “I hope this young man can also share his story and we can all learn from it, and it can help put us down a better path–because I’m really worried about things in our country these days.”

The number of threats made against members of Congress grew from 902 in 2016 to more than two thousand last year. That’s forty a week. Carlos Curbelo made headlines, not because he was threatened, but because he forgave the person who threatened him.

Ari Mahler also made headlines over the weekend, not because he is one of 2.9 million registered nurses in the US, but because of the way he treated one patient.

Mahler was on duty at Allegheny General Hospital when Robert Bowers allegedly went on a shooting rampage that left eleven people dead. When Bowers was brought to his hospital, the Jewish nurse treated him with grace.

“I didn’t say a word to him about my religion,” Ari wrote on Facebook last Saturday. “I chose not to say anything to him the entire time. I wanted him to feel compassion. I chose to show him empathy. I felt that the best way to honor his victims was for a Jew to prove him wrong.”

Mahler said that his father is a rabbi and that he experienced “a lot” of anti-Semitism as a kid. He explained his motives for treating Bowers as he did: “Love. That’s why I did it. Love as an action is more powerful than words, and love in the face of evil gives others hope. It demonstrates humanity. It reaffirms why we’re all here.”

“Let your light shine before others”

Events make the news by being unusual. The fact that two stories of forgiveness and compassion made this weekend’s headlines says something important about our culture.

We are living in the most politically divisive time I can remember. According to Pew Research Center, the gap between Democrats and Republicans on ten key social measures has more than doubled since 1994. A recent study showed that Americans are divided far more widely by identity (our political affiliation) than by ideology (our stands on particular issues).

As the midterms loom and negative ads dominate our airwaves and social media, here’s a powerful way to stand out: stand down.

Refuse to participate in the vitriol of our day. Look for ways to be redemptive rather than reactive. Ask about every political thing you say and do: Will this glorify God?

Our Master’s imperative still stands: “Let your light shine before others, so that they may see your good works and give glory to your Father who is in heaven” (Matthew 5:16). If Paul could glorify God in a prison cell (Acts 16:25), and John could worship on a prison island (Revelation 1:10), where can you and I not glorify our Lord?

How to be “blameless and innocent”

I am genuinely concerned about the animosity dominating our culture today. As I noted last Thursday, we have lost the unifying factors of consensual morality, trusted institutions, and external enemies. The partisan hostility we are seeing in the midterm cycle is likely to pale in comparison to the 2020 presidential election.

Here’s what our culture does not understand: our real enemy is “the god of this world” who “has blinded the minds of unbelievers, to keep them from seeing the light of the gospel of the glory of Christ” (2 Corinthians 4:4). Our real battle is not political, but spiritual (Ephesians 6:12).

And you and I are on the front lines. If our candidates win tomorrow’s election but we lose our witness, we lose. If we demonstrate the character of Christ and fruit of the Spirit, no matter what happens tomorrow, we win.

Scripture is clear: “Do all things without grumbling or disputing, that you may be blameless and innocent, children of God without blemish in the midst of a crooked and twisted generation, among whom you shine as lights in the world, holding fast to the word of life” (Philippians 2:14-16).

Will you be “blameless and innocent” today?