Conflict in Israel and a Jewish Cemetery Desecrated in Massachusetts: Why Should We Have Hope for Our Culture? 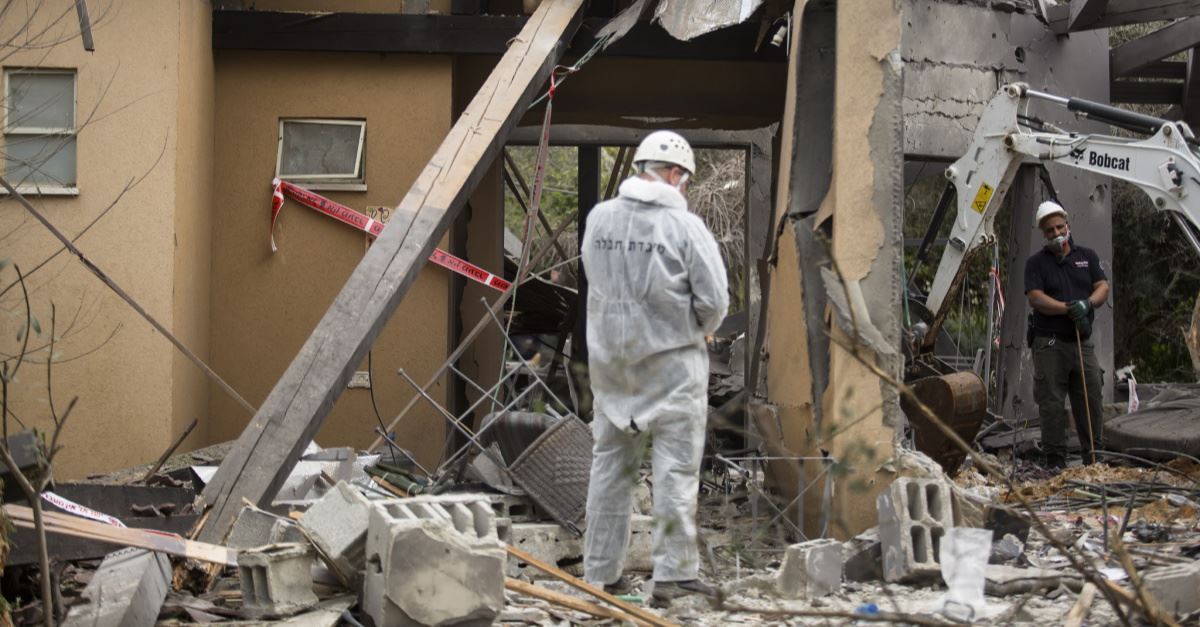 Conflict in Israel and a Jewish Cemetery Desecrated in Massachusetts: Why Should We Have Hope for Our Culture?

Following a day of relative calm, the Israeli military carried out a series of strikes on Hamas targets in the Gaza Strip overnight. According to the army, the strikes were in response to incendiary balloons and rockets fired earlier toward Israel by Hamas.

In other news, police say fifty-nine gravestones at a Jewish cemetery in Massachusetts were defaced with anti-Semitic graffiti. Two of the gravestones had been knocked over. The stones were desecrated with swastikas and phrases including “Hitler was right.”

According to experts, America is experiencing a resurgence of anti-Semitism that is unprecedented in the last half-century. Anti-Semitism is also rising sharply across Europe: France reported a 74 percent increase in the number of offenses against Jews, while the number in Germany surged by more than 60 percent.

As I noted yesterday, discrimination is also escalating in America against those who affirm biblical morality. We are certainly not facing aggression on a level experienced by Jews around the world, but Jesus’ prediction for his followers is nonetheless true for us: “The world has hated them because they are not of the world, just as I am not of the world” (John 17:14).

“Let this cup pass from me”

I led a study tour of Israel last week. On Thursday, our group spent a very moving hour in the Garden of Gethsemane. I read from Matthew 26, where Jesus pled with his Father, “If it be possible, let this cup pass from me” (v. 39).

Why did our Savior seek so fervently to avoid the “cup” that awaited him?

The physical torture Jesus faced would be horrendous. But the greater cost of the cross was spiritual: the Father would place the sins of fallen humanity on his sinless Son. For the only time in all eternity, the two would be separated from each other.

Jesus could have avoided all of this. He could have fled from the Garden and returned to Galilee, far from his enemies in Jerusalem. Instead, he waited. He watched as Judas led the soldiers by torchlight through the city’s eastern gate, down into the Kidron Valley, and up the Mount of Olives. He waited, knowing fully what was before him.

He did all of that for you.

As our group considered this somber scene, I encouraged them: never again wonder if God loves you.

No one in Gethsemane saw Easter coming

No one present in the Garden that night or at Calvary the next day saw Easter coming.

This is a theme we see across Scripture. Think of Joseph before Pharaoh’s dreams; Moses before the Exodus; Joshua the sixth time around Jericho; Daniel when he was thrown into the lion’s den; Lazarus when he was buried; Paul before his journey to Damascus; and John when he was exiled to Patmos.

Each of these stories illustrates the same fact: it is always too soon to give up on God.

“What you see is what you get”

Our materialistic culture measures reality by the material. The mantra of our day is, “What you see is what you get.” It’s hard to look at life through the eyes of faith if you don’t have faith.

Most of the world’s religions make their appeal on transactional terms: pray this or do this or give this in order for God or the gods to do what you ask. The Canaanites invented Baal as the god of weather, then prayed and sacrificed to him so he would provide the rain upon which their economy and lives depended.

The Romans adopted this Greek pantheon, renaming most of their gods but continuing their transactional religion. This approach to religion became part of the cultural DNA of the Western world.

As a result, it is tempting for Christians to see our faith in transactional terms. When we do what we think God wants us to do, we are frustrated when he does not do what we think he should. When the Lord does not answer our prayers when we want, we begin to question his power, his love, or even the point of praying.

If it doesn’t work, why do it?

Revelation from a hazelnut

Rather than a transactional religion, where we go to church on Sunday so God will bless us on Monday, our Savior invites us into a transformational relationship. He calls us to know him intimately, worship him passionately, and serve him sacrificially—not so he will love us but because he already does.

Does God’s answer to your need seem to be delayed? Is his providence slower than your patience? Remember the Garden of Gethsemane. And do not wonder if God loves you.

Julian of Norwich (1342–1416) witnessed the Black Death and widespread revolts and chaos in medieval England. Yet she wrote Revelations of Divine Love, the earliest surviving book in the English language to be authored by a woman.

Do you believe all three are true of you?

NOTE: One final mention of this—I would love to send you a copy of Journey to the Resurrection. I’ve written this new, fifteen-day devotional guide to help prepare your heart and mind this Easter season.

Please click here to assure you’ll receive Journey to the Resurrection in time for you to begin using it April 7 leading up to the holiday.

It’s our way of saying thank you for your donation today as you help more people discern news differently.