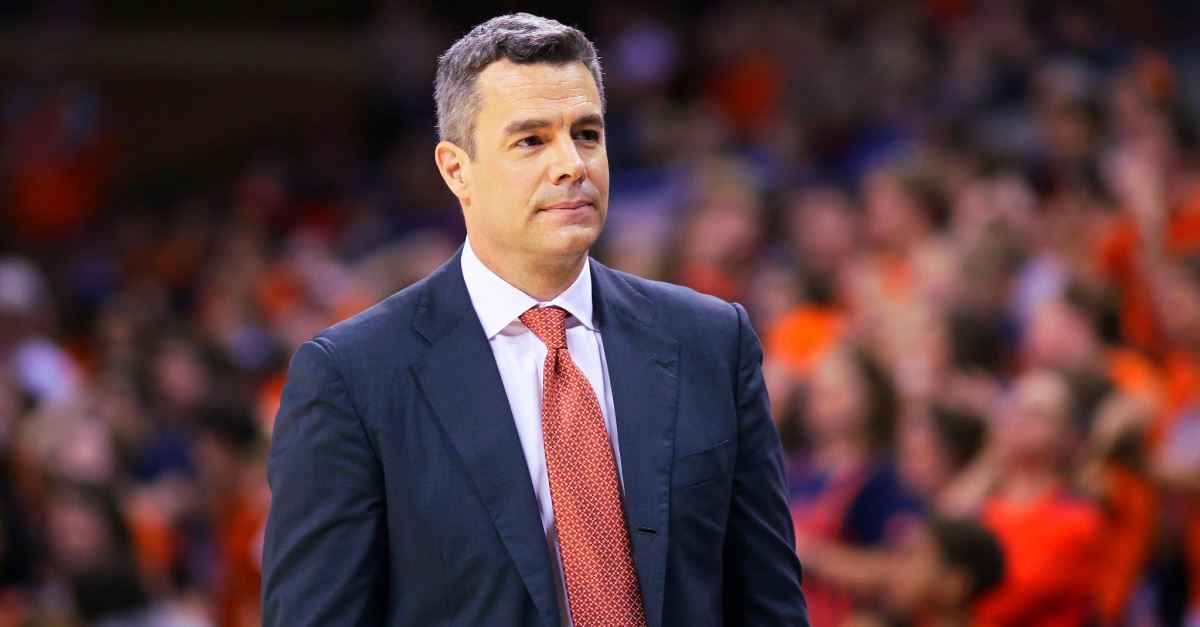 Ask the average American to identify “Tony Bennett” and they’ll point you to the big band singer. They might even have “I Left My Heart in San Francisco” playing in their mind as they do so.

Today, however, the “other” Tony Bennett is making headlines.

The one who just declined what his employer called a “substantial” raise so others could make more money. The one who, after his Virginia Cavaliers won this year’s NCAA national basketball championship, told his players: “Promise me you will remain humble and thankful for this. Don’t let this change you. It doesn’t have to.”

That Tony Bennett is making news not just for what he does, but for who he is.

The “Five Pillars” of life

When his team won the national title last April, Bennett told a post-game interviewer, “I do want to thank the Lord and my Savior.” He regularly prays for his players in the hope that “they’ll be able to find the truth in their lives that has really transformed my life.”

He has built his basketball program around the biblical principles of humility, passion, unity, servanthood, and thankfulness. He calls them the “Five Pillars.” He posted them in Virginia’s locker room and emphasizes them in everything the team does.

It’s therefore not surprising that when the University of Virginia offered Bennett a large raise as a reward for winning the national title, the coach turned it down. “I have more than I need,” he said. “I’m blessed beyond what I deserve.”

He credits his wife, Laurel, with the decision to redirect the money into additional compensation for his staff and improvements for their program. He and Laurel have also pledged $500,000 toward a career-development program for current and former Virginia basketball players.

Coach Bennett has life figured out: “If my life is just about winning championships—if it’s just about being the best—then I’m running the wrong race,” he says. “That’s empty. But if it’s about trying to be excellent and do things the right way, to honor the university that’s hired you, the athletic director you work for and the young men you’re coaching—always in the process trying to bring glory to God—then that’s the right thing.”

“A test and a trust from God”

Jesus would agree with Tony Bennett. Our Lord taught us to “be on your guard against all covetousness, for one’s life does not consist in the abundance of his possessions” (Luke 12:15). Scripture warns: “He who loves money will not be satisfied with money, nor he who loves wealth with his income” (Ecclesiastes 5:10).

In fact, the love of money is actually dangerous. In Ezekiel 7, we find God’s warning to his sinful people: “Their silver and gold are not able to deliver them in the day of the wrath of the Lord. They cannot satisfy their hunger or fill their stomachs with it. For it was the stumbling block of their iniquity” (v. 19).

Here we find the folly of materialism. What we need most, our money is completely unable to buy. Trusting money not only relies on that which cannot save—it depends on that which corrupts and condemns.

By contrast, using money to glorify God and advance his kingdom turns the material into the spiritual and the temporal into the eternal. Abraham, Isaac, Jacob, Joseph, Nicodemus, Joseph of Arimathea, and Barnabas come to mind as wealthy people whose wealth served a higher purpose.

Rick Warren is right: “Most people fail to realize that money is both a test and a trust from God.”

Today is North Texas Giving Day. This annual fundraising event is not just for those who live in our area—anyone in the world can participate.

The Lord has called our ministry to build a movement of culture-changing Christians by equipping 6.5 million believers, a 25 percent “tipping point” of the American evangelical population.

To that end, we are seeking to raise $1 million today so we can reach one million more people with God’s word. We are convinced that biblical truth always accomplishes God’s purpose (Isaiah 55:11). The Spirit of God uses the word of God to accomplish the will of God in the power of God.

Last summer, I told a story about a church in Indiana that raised money to cancel medical debt in their community. A week ago, I received an amazing email from a reader in Missouri who encouraged his church to do the same.

Here was the result: “We ran with it, encouraging our church to donate and try to end all medical debt in our county and surrounding counties. It was a long shot (over 200k). The people in our church ended up giving over 430k, canceling $43 million in medical debt in Missouri. That’s almost half the state’s medical debt owed by people making under twice the poverty rate.”

You may not be able to coach a national champion basketball team or retire $43 million in medical debt, but God has entrusted you with resources he wants you to use for his glory. As you invest your temporal possessions in his eternal kingdom, I hope you’ll consider our ministry today.

Very generous donors have provided $100,000 as a matching grant, meaning that every dollar you give up to that amount will be doubled.

Would you help us share God’s word with our world?

Would you pray and then join us as God leads?

“Speaking the truth in love” is God’s charge to his people (Ephesians 4:15). I am honored to answer his call with you.