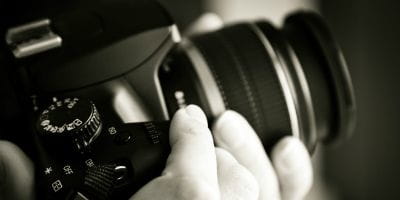 When Christian photographers are asked to work same-sex weddings, do they have the right to refuse? Surprisingly, 85 percent of Americans say they do. If only their sentiments were the law.

Elaine Huguenin was asked to photograph a same-sex ceremony in New Mexico. She refused, citing her Christian beliefs. She was fined $7,000 by the state Human Rights Commission, which claimed that she was guilty of discrimination for sexual orientation. The New Mexico Court of Appeals upheld the verdict.

In similar news, T-shirt maker Hands On Originals was asked by the Gay and Lesbian Services Organization of Lexington, Kentucky to print shirts for their group. They politely declined, and gave the group referrals to other T-shirt printers and sought quotes for them. However, they were sued by the group and were found in violation of the city's fairness ordinance.

Meanwhile, the American Academy of Pediatrics is warning its members against "heterosexism," defined as "the social expectation that heterosexuality is the expected norm." Doctors are encouraged to post a "rainbow" decal on an office door or bulletin board, and display brochures with pictures of "both same- and opposite-gender couples." They are not to ask a boy about his girlfriend, but to ask about his "partner" instead.

Do you feel like you're swimming more against the cultural current with every passing day? How can we make a positive difference for the Kingdom? I just finished Donald Keough's brilliant The Ten Commandments for Business Failure. Keough, the former president of the Coca-Cola Company, tells executives what to do if they want to fail. His "commandments" apply just as fully to Christians who seek to change their culture.

Here's how I would rephrase his commandments for Christians who don't want to change their culture:

Which of these commandments is tempting you today?

Keough closes with this wonderful statement from St. Augustine: "Hope has two beautiful daughters. Their names are Anger and Courage. Anger that things are the way they are. Courage to make them the way they ought to be." Are both alive in you?