Buying a T. Rex and Restoring Notre Dame: Our Quest for Legacy 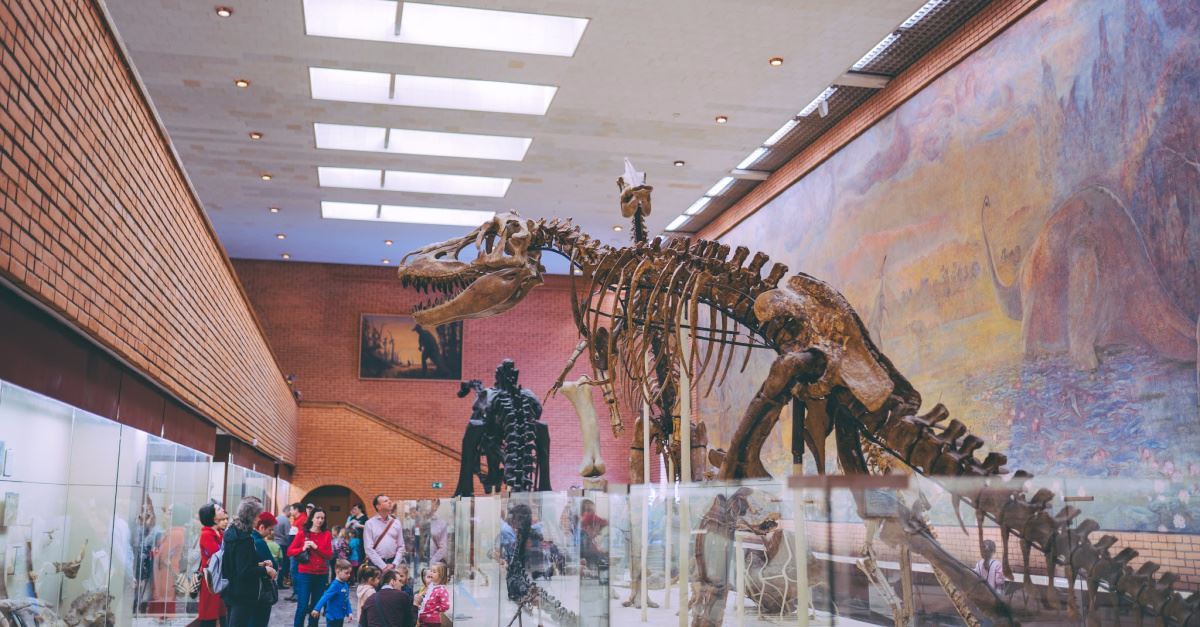 Buying a T. Rex and Restoring Notre Dame: Our Quest for Legacy

Would you pay $2.95 million for a baby Tyrannosaurus rex?

The sixty-eight-million-year-old skeleton was discovered in Montana in 2013 by Alan Detrich and his brother. Detrich loaned the fossil to the Kansas University Natural History Museum, then decided to put it up for sale on eBay. Paleontologists warn that the bones are incomplete and shattered in parts. “The asking price is just absurd,” one said.

In other financial news, French President Emmanuel Macron made a televised address yesterday stating that he hopes to rebuild the Notre Dame Cathedral within five years. “That’s what the French expect; that’s what our history deserves,” he stated. As of this morning, nearly $1 billion has been raised for the project.

There’s something about us that wants to own, build, or achieve something of significance that outlives us.

We purchase artifacts and other iconic objects of historic value. We erect massive cathedrals that stand long after those who build them. Those of us with lesser gifts as engineers and builders trace our initials in tree trunks and on concrete. We etch the names of those we love on tombstones made of rock.

And we want to memorialize not just our lives but also our memories and will pay a high price to do so.

Sydney Monfries was just weeks from graduation at Fordham University in New York when she died Sunday after falling from the iconic campus clock tower. She was trying to take a picture of the Bronx under moonlight.

Andrea Norton, a twenty-year-old college student from South Dakota, died last Saturday when she fell one hundred feet off a cliff in Arkansas. She had been taking a group photo with her friends.

Last month, a tourist in the Grand Canyon fell to his death while taking a selfie.

From 2011 to 2017, 259 people have died while taking selfies, according to the National Institutes of Health.

A surprising fact about significance

There’s a better way to make a difference and leave a legacy.

Today is Wednesday of Holy Week. On this day, Jesus did nothing recorded in Scripture. The day before, however, was extremely busy for our Lord. He debated the religious authorities over marriage in heaven, paying taxes to Caesar, and his own authority (cf. Matthew 21–23).

Holy Tuesday was also the setting for this remarkable event: “[Jesus] sat down opposite the treasury and watched the people putting money into the offering box. Many rich people put in large sums. And a poor widow came and put in two small copper coins, which make a penny” (Mark 12:41-42).

In response, Jesus “called his disciples to him and said to them, ‘Truly, I say to you, this poor widow has put in more than all those who are contributing to the offering box. For they all contributed out of their abundance, but she out of her poverty has put in everything she had, all she had to live on'” (vv. 43–44).

Here we note this vital fact: Our significance does not depend on our status.

She put “two small copper coins” in the temple treasury. These were leptoi, each worth 1/128 of a denarius, which was a day’s wage for a laborer. Her combined gift corresponded to the wage a worker could earn in seven or eight minutes.

But Jesus knew that these coins, the smallest in their currency, were “all she had to live on.” When the widow gave them to God, her sacrifice far exceeded that of the “rich people” who put in “large sums” they could afford to give.

Her story reminds us that God measures significance by obedience, not cultural status.

You may never own an ancient fossil, construct a cathedral for the ages, or take a selfie that goes viral. Even if the world doesn’t know your name, God does.

Whether our work earns accolades from our secular culture or not, if we are faithful to our Father, he will use our obedience for eternal significance.

Will you measure success today as he does?