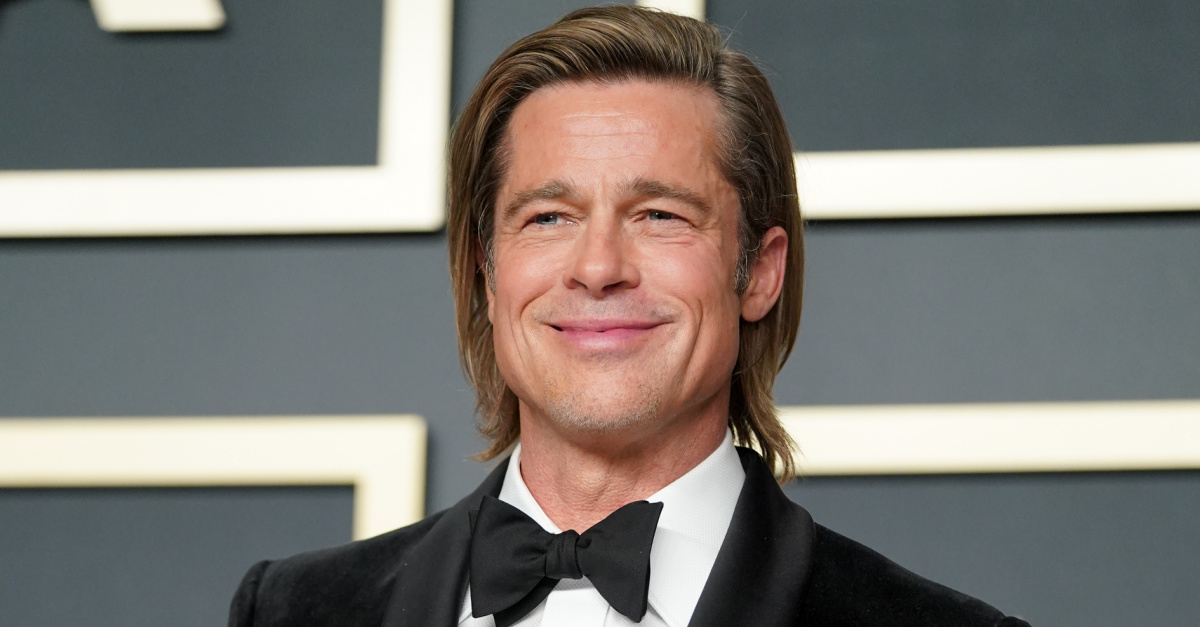 Brad Pitt won an Academy Award last night for Best Supporting Actor. (He won an Oscar in 2014 as a producer.) In his acceptance speech, he said, “They told me I only had forty-five seconds up here, which is forty-five seconds more than the Senate gave John Bolton this week.” Thus began a night of awards juxtaposed with politics and surprises.

Joaquin Phoenix won the Best Lead Actor award for Joker and spoke out against artificially inseminating cows. Parasite became the first non-English-language film to win the Best Picture award. Presenter Natalie Portman wore a cape on which were written the names of women who weren’t nominated for an Academy Award for Best Director.

The Oscars felt to me like an evening of cultural commentary interspersed with occasional awards. The popularity of many of the actors and presenters can delude us into thinking Hollywood speaks for us.

The opposite is actually more the case.

What percentage of women have been nominated for Best Director?

Of the nine movies nominated for Best Picture, Joker made the most money, ranking ninth in box office sales for 2019. Avengers: Endgame grossed more than twice that much.

Women make up 50.8 percent of the American population, but they have received .01 percent of Best Director nominations in Oscars history (five out of 447 official nominations in ninety-two years). People of color comprised nearly 37 percent of the American population in the 2010 census, but only one person of color was nominated in the four major acting categories (actress Cynthia Erivo for her lead performance in Harriet).

In 1940, Hattie McDaniel became the first black actor to win an Academy Award. That year, the Oscars were held in a “no blacks” hotel. After accepting her award, she was made to sit at a segregated table away from the rest of the Gone With the Wind cast.

We would like to think that the Academy Awards have become more representative of our society since then, but of the 276 acting Oscars given since 1940, only sixteen went to black actors (5.8 percent). Seven went to Latin American and Asian American actors (2.54 percent).

What percentage of Americans are gay or lesbian?

Some demographics are woefully underrepresented by Hollywood, while others are hugely overrepresented.

The LGBTQ advocacy organization GLAAD noted that in 2018, 18.2 percent of films from the major movie studios contained LGBTQ characters. 20th Century Fox led the way at 40 percent, followed by Universal Pictures with 30 percent. GLAAD also reported that 10.2 percent of regular characters appearing on broadcast scripted primetime television programming in 2019 were LGBTQ; they want that number to grow to 20 percent by 2025.

These efforts to ensure that movies and television overrepresent the number of LGBTQ Americans are effective. According to Gallup, US adults estimate that 23.6 percent of Americans are gay or lesbian, when the number is actually 4.5 percent.

Do we live in a democracy?

If you are going to stand for biblical truth in an unbiblical age, you’re likely to be in the minority. In fact, our culture has moved so far from biblical truth that you can almost measure the orthodoxy of your beliefs by their unpopularity.

As a result, we must beware of the deception that the majority determines morality.

James Madison makes the distinction clear in the Federalist Papers, No. 10. The Founders were extremely concerned with a state of affairs in which a majority of citizens could strip a minority of their rights.

Why we need the wisdom of Frederick Douglass

Don’t let the popularity of so-called conventional wisdom persuade you that the crowd is right and the Lord of the universe is wrong. Because God’s ways are higher than our ways (Isaiah 55:9), we can seldom find his wisdom by pooling our own.

We could make a long list of times Jesus defied convention, such as his call to the rich young ruler to sell his possessions (see my sermon yesterday for more on their shocking encounter) and his decision to make a murdering Pharisee his global apostle (Acts 9:1-6, 15).

If you are willing to follow Jesus fully, there will likely be a time when you will have to follow him alone. Perhaps today. But know this: while the world will soon forget who won the Oscars last night, your next act of sacrificial obedience will honor your Lord in this life and lead to his reward in eternity (cf. Matthew 25:23; Revelation 6:9-11).

Frederick Douglass was therefore right: “One and God make a majority.”

Why do you need to remember that fact today?

NOTE: Did you grow up in a church where the Holy Spirit wasn’t discussed much? I know I did. While I will always be grateful for my home church’s emphasis on evangelism and practical service, we simply did not talk about the Spirit’s power and work in our lives. But living in and through the power of the Holy Spirit is integral to the Christian life.

The better we know the Holy Spirit, the more we can be empowered by him. Wherever you need the power of God today, the Spirit is the answer to your need. That’s one reason I wrote Empowered: A Guide to Experiencing the Power of the Holy Spirit. Request your copy today.