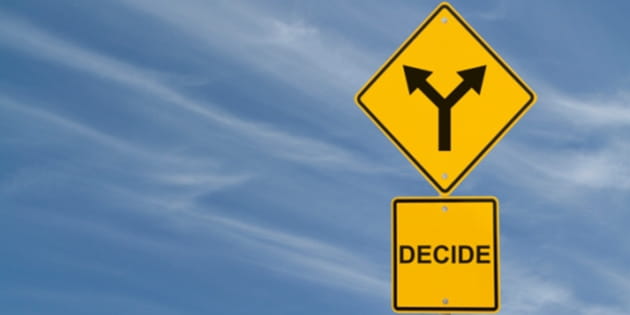 The Boston Marathon is New England's most widely viewed sporting event. Over 500,000 people, 80 percent of Boston's population, show up to cheer on more than 20,000 runners. Begun in 1897, it's the world's oldest annual marathon. Until today, it was known for history and prestige. Now it will forever be known for tragedy as well.

At 2:50 p.m. EST, two simultaneous explosions ripped through the crowd at the marathon's finish line. Three people were killed; over 100 were injured.  "It sounded like a sonic boom. I haven't stopped shaking yet," said one onlooker. Security has been heightened at airports and cities across the nation. The White House believes the bombings to be an act of terrorism. At this hour, we don't know anything more about the perpetrators of this cowardly act.

In days of such uncertainty when any public event can become a tragedy, how should we respond? First, consider Psalm 91: "He who dwells in the shelter of the Most High will rest in the shadow of the Almighty" (v. 1). Clearly, the psalmist was writing in a time of adversity, yet five times he states his personal trust in his Lord: "I will say of the Lord, 'He is my refuge and my fortress, my God, in whom I trust" (v. 2, my emphasis). A shelter is no help unless we trust it; a fortress can protect only those who are inside its walls.  Faith does not protect us from all crises, but in them.

This is a choice each of us can make. When Viktor Frankl was captured by the Nazis, his wife was taken from him, then his clothes were stripped from his body. As they were cutting away his wedding ring, he said to them in his mind, "You can take everything from me — my wife, my clothes, my dignity. The one thing you cannot take from me is the right to decide how I will respond to you."

General Douglas MacArthur once said, "There is no security on this earth. There is only opportunity." I agree — every crisis is an opportunity to trust our Father for his help and hope. Would God say that you have made him your refuge and shelter today?

Second, note the amazing response of many in the aftermath of the bombing. NBC Sports Network tweeted that there were "reports of Marathon Runners that crossed finish line and continued to run to Mass General Hospital to give blood to victims." In many of the videos shown on news sources, people could be seen running toward victims rather than away from the source of the explosion.

In Mister Rogers' Parenting Book, Fred Rogers noted, "When I was a boy and I would see scary things in the news, my mother would say to me, 'Look for the helpers. You will always find people who are helping.' To this day, especially in times of disaster, I remember my mother's words, and I am always comforted by realizing that there are still so many helpers — so many caring people in this world."

Wherever you live, there are people who need your help. As we respond to crisis by making God our refuge and fortress, we can also respond by showing others his care in ours. Whose need could you meet today with his love?

The Boston bombings came as the city marked the 238th annual Patriot's Day, commemorating the anniversary of the Battles of Lexington and Concord at the beginning of the Revolutionary War. America needs patriots today just as much as we did at our country's birth. People who will trust God and help others are the foundation of our nation and her hope for our future.

The Imitation of Christ, probably the most widely-read book in Christian history next to the Scriptures, was written by an unknown monk named Thomas from the town of Kempen, more than five centuries ago. His record of God's promise to him brings God's promise to us today:

"Do not be worn out by the labors which you have undertaken for My sake, and do not let tribulations ever cast you down. Instead, let My promise strengthen and comfort you under every circumstance. I am well able to reward you above all measure and degree.  ou shall not toil here long nor always be oppressed with griefs. A time will come when all labor and trouble will cease. Labor faithfully in My vineyard; I will be thy recompense. Life everlasting is worth all these conflicts, and greater than these. ...

"Lift your face therefore to heaven; behold I and all My saints with me — who in this world had great conflicts — are now comforted, now rejoicing, now secure, now at rest, and shall remain with Me everlastingly in the kingdom of My Father."

As will we. This is the hope, and the promise, of God.

Anyone with information on the bombings is being urged to call Boston authorities at 1-800-494-TIPS.

Families trying to locate loved ones can call 617-635-4500 or use Google Person Finder: http://google.org/personfinder/2013-boston-explosions/.