Blind and Autistic Performer Reminds Us that Every Life Is Sacred 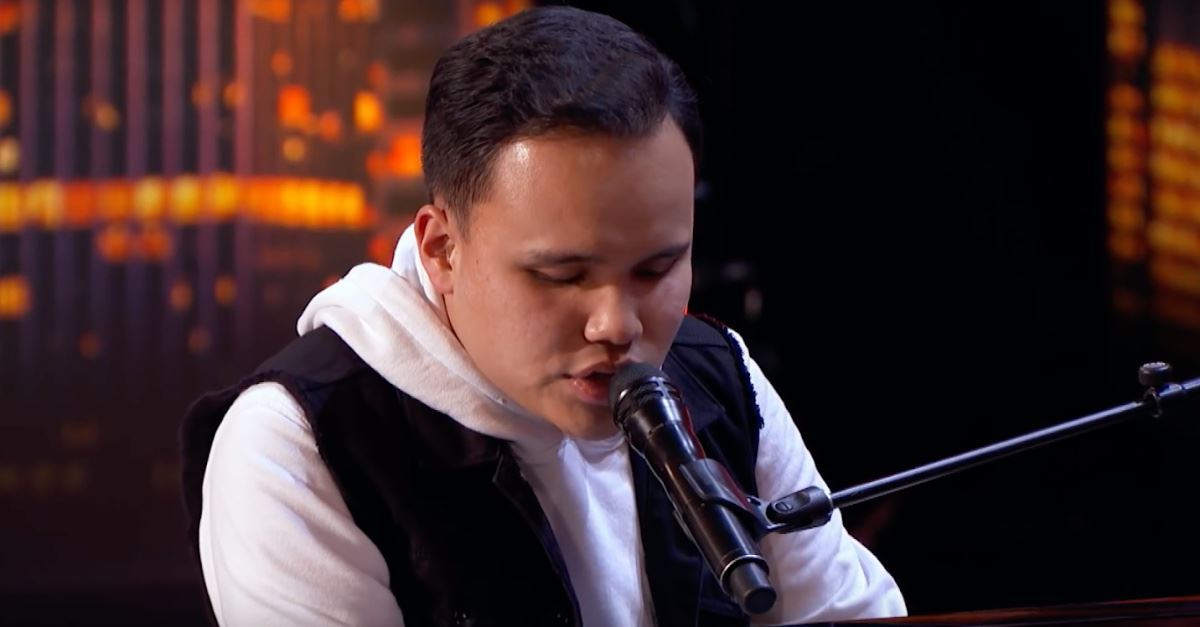 Blind and Autistic Performer Reminds Us that Every Life Is Sacred

Kodi Lee played the piano and sang on America’s Got Talent when it premiered Tuesday night. The twenty-two-year-old is blind and autistic, yet he was so amazing that he received a standing ovation from the judges and a “golden buzzer” sending him directly into the finals.

I was deeply moved by his performance and urge you to watch it.

It turns out, we should not be surprised by Kodi’s success. As his website states, he is one of approximately twenty-five people in the world with such perfect pitch and an audio photographic memory (he can recall and perform music after just one hearing). He has mastered Bach, Chopin, and Mozart, and also performs rock, jazz, R&B, and pop. He was recently invited to perform at Carnegie Hall in New York City.

As I watched Kodi’s remarkable America’s Got Talent performance, this sobering thought occurred to me: What if, as a result of his challenges, he had been aborted?

I appeared last week on Equipped with Chris Brooks, a national radio program hosted by one of the most brilliant and insightful ministers I know. As Chris and I discussed the ongoing abortion controversy, a listener called to state that she is pro-life personally but does not believe she has the right to force her beliefs on others.

In a postmodern culture where “truth” is personal and subjective, her approach likely resonates with many.

A second abortion narrative is illustrated by a fascinating and troubling interview I read this week. Rev. Jes Kast is a United Church of Christ pastor and member of the clergy-advocacy board of Planned Parenthood. She recently told The Atlantic that she moved from her family’s pro-life position to the belief that “every person I encounter, including myself, has the right to their body. When that bodily autonomy is taken away, to me, that is against Christian scripture, and is against the Gospel I believe in.”

In her view, Jesus’ promise of abundant life (John 10:10) means that “God’s plan for our lives is to actually have a meaningful life with loving contentment and satisfaction. Because of that—because I value life, and I believe Jesus values life—I value the choices that give us the type of life that we need.”

“Why is the debate so bitter, so emotional?”

Some claim to be pro-life but do not want to “force” their beliefs on society. Others claim that God wants women to be free to choose “the type of life that we need,” including what they call “reproductive freedom.”

What neither seems to believe is that the unborn child is, in fact, a child.

In Abortion and the Politics of Motherhood, sociologist Kristin Luker asked, “Why is the debate so bitter, so emotional?” She continues: “Part of the answer is simple: the two sides share almost no common premises and very little common language. For example, those who oppose abortion usually begin by stipulating that since the embryo is an unborn child, abortion is morally equivalent to murder.

“But for those who accept abortion, this initial stipulation is exactly what is problematic; from their point of view, the embryo has the capacity to become a child but it is not a child yet, and it therefore belongs in a very different moral category. Thus, one side begins with a given that the other side finds highly debatable, that the embryo is the moral equivalent of the child it will become.”

Choosing between life and quality of life

I am passionately pro-life because I am convinced that “the embryo is the moral equivalent of the child it will become.” Scripture clearly teaches that life begins at conception (cf. Psalm 139:13–16; Jeremiah 1:5; Luke 1:39–45; for more, see my website essay, “Abortion and the mercy of God”). But we don’t need to believe Scripture to believe science on this issue.

Gary Bauer notes, “Most of what we now know about the fetus was unknown or in dispute when Roe was decided in 1973.” For example, he quotes Harvard Medical School’s Micheline Matthews-Roth: “It is scientifically correct to say that an individual human life begins at conception, when egg and sperm join to form the zygote, and this developing human always is a member of our species in all stages of its life.”

If we believe that “every person . . . has a right to their body,” we should especially extend this right to those who cannot defend their bodies—even if mothers must sacrifice “the type of life that we need” for their children to live.

My son, Ryan, and I were discussing this issue yesterday. He made this point: if we must choose between life and quality of life, we should choose life. From this perspective, a pregnant woman sacrifices her quality of life for nine months so her child can live for seventy-eight years (the average life expectancy in America).

To encourage women to make this choice, we must give them the resources they need. We must give them financial assistance and emotional support. We must make adoption as available and attractive as possible. And we must pray for them to have the courage to choose life for their children. We’ll discuss this priority more in tomorrow’s Daily Article.

“The tomb is empty; the throne is not.”

Today is Ascension Day on the Christian calendar, the day we remember Jesus’ return to heaven. Ethicist Russell Moore reminds us that as a result of Jesus’ ascension, our Savior is praying for us right now at the right hand of the Father (Romans 8:34). He is governing the world “far above all rule and authority and power and dominion” (Ephesians 1:21). He is preparing a place in heaven for us (John 14:2) and will take us home one day (v. 3).

As Dr. Moore notes, “The tomb is empty; the throne is not.”

Ascension Day calls us to prayer and to hope. Our King is on the side of life and life eternal. The Creator of all life loves every child from the moment of their creation.

He calls us to do the same.