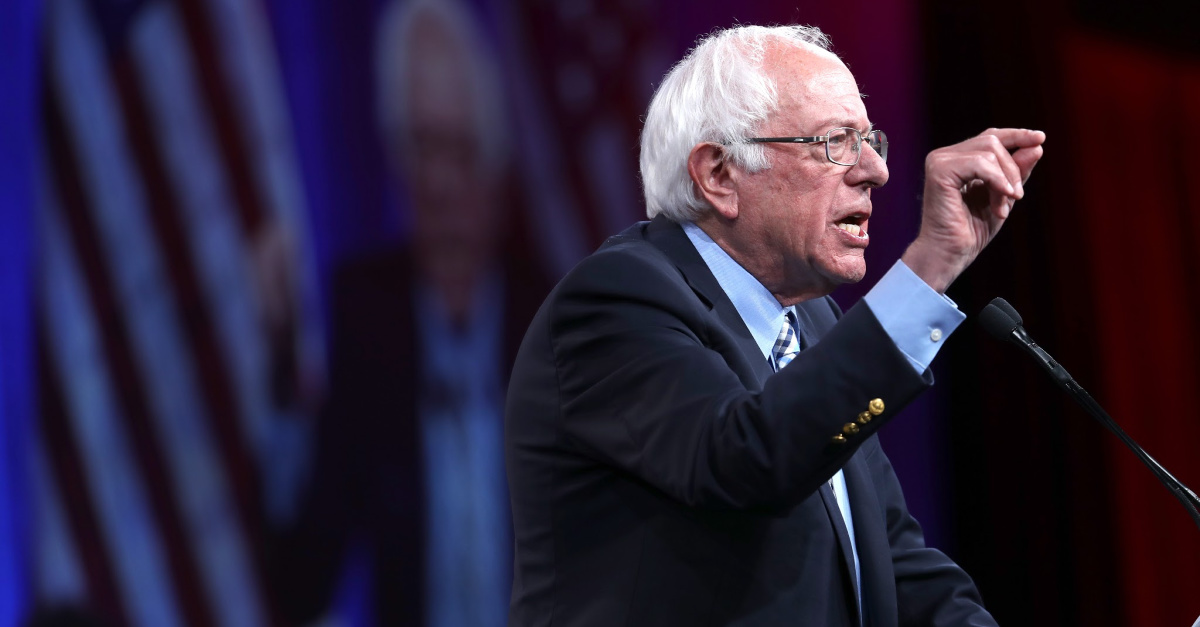 And yet, all eyes today are on this state after yesterday’s Democratic Party primary won by Bernie Sanders. Although Pete Buttigieg finished a close second and Amy Klobuchar surged to third place, today’s New York Times is calling Sanders “the new front-runner of the 2020 Democratic primary.”

However, some caveats are worth noting.

Since 1976, only five of the nine Democratic candidates who won in New Hampshire eventually won their party’s nomination. And only one (Jimmy Carter) went on to become president. However, no modern Democrat has won the party’s nomination without finishing first or second in the state.

Whatever the future significance of yesterday’s primary, one lesson is that the anti-Sanders vote splintered, leading to his victory. Democrats who consider Bernie Sanders unelectable are going to have to find a way to consolidate around candidates who were not their first choices.

Such compromise, however, is at the heart of American democracy. Here we can learn a surprising lesson from history with strategic significance for Christians today.

The Surprising Sources of Our Republic

What source did the writers of the Constitution quote more than any other? The Bible. Who came in second? Charles de Montesquieu (1689–1755).

Historian William Federer notes that the French political philosopher was a favorite of Thomas Jefferson (who translated a commentary on his thought from the French). His ideas about governance were formative for Jefferson and others who formed our nation.

Montesquieu divided governments into three categories: republics, which rely on moral virtue; monarchs, which rely on honor and shame; and despots, which rely on pleasure and fear. In his view, citizens in a republic typically act as co-kings in society, remembering that they will be held individually accountable to God and behaving morally and virtuously as a result.

Monarchs working within a Christian worldview (such as the British monarchy in Montesquieu’s day) exercise unilateral authority but remember that they are accountable to the King of kings in the next life. Despots, however, rule without reference to the biblical worldview and thus reward their supporters with pleasure while dominating their other subjects through fear.

According to Montesquieu, once virtue is gone in a republic, its society will become lawless. To restrain such impulses, he introduced the novel concept of separating powers into the legislative, executive, and judicial branches. Each by itself could become despotic, but the others serve to check such power. This “separation of powers” became a foundational feature of America’s governance.

But the greatest force for good, according to Montesquieu, is the gospel. He said: “I have always respected religion; the morality of the Gospel is the noblest gift ever bestowed by God on man.” He believed that “the principles of Christianity, deeply engraved on the heart, would be infinitely more powerful than the false Honor of Monarchies, than the humane Virtues of Republics, or the servile Fear of Despotic states.”

How can we advance Christian morality as a corrective to the divisiveness of our politics and the moral dissolution of our culture?

I was on my early morning walk in our neighborhood recently when an ambulance and a fire truck turned on our street. In that moment, of course, nothing mattered but the wellbeing of my wife at home. I turned and followed them until I determined that they had not stopped at my house.

Imagine, however, that I had been walking through the neighborhood but knew no one who lived there. I would have prayed for those affected by this emergency but otherwise continued with my plans for the morning.

This fact reminded me that generic compassion is a contradiction in terms.

God can love the entire world (John 3:16) because he knows every person in the entire world better than I know my best friend. You and I cannot claim such omniscience. So, to serve the culture, we should begin with the people we know who are affected by the culture.

For instance, Psalm 41 states, “Blessed is the one who considers the poor!” (v. 1). To help the “poor,” help someone who is poor. Jesus intends us to proclaim the gospel “to all nations” (Mark 13:10). To reach the nations, begin by sharing your faith with a lost person you know. He commissioned us to “make disciples of all nations” (Matthew 28:19). To disciple the “nations,” begin by discipling someone you know.

“You Certainly Can Be of No Use Where You Are Not!”

Such personalized compassion may not bridge our partisan divides this week, but it will help the souls we serve. It will cause secular people to notice our Christlike service and perhaps draw them to that character which is foundational to our republic.

With whom will you practice personalized compassion today?

NOTE: The value of our lives is not in our native abilities or earthly possessions but in the way the Holy Spirit molds and uses us for eternal good. If you’re a Christian, you have the Spirit. Here’s the question: Does the Spirit have you? To read more, please request our latest release: Empowered: A Guide to Experiencing the Power of the Holy Spirit.