Baptist Pastor Grieves for Notre Dame Burning: How to Prove that Every Day Is Easter 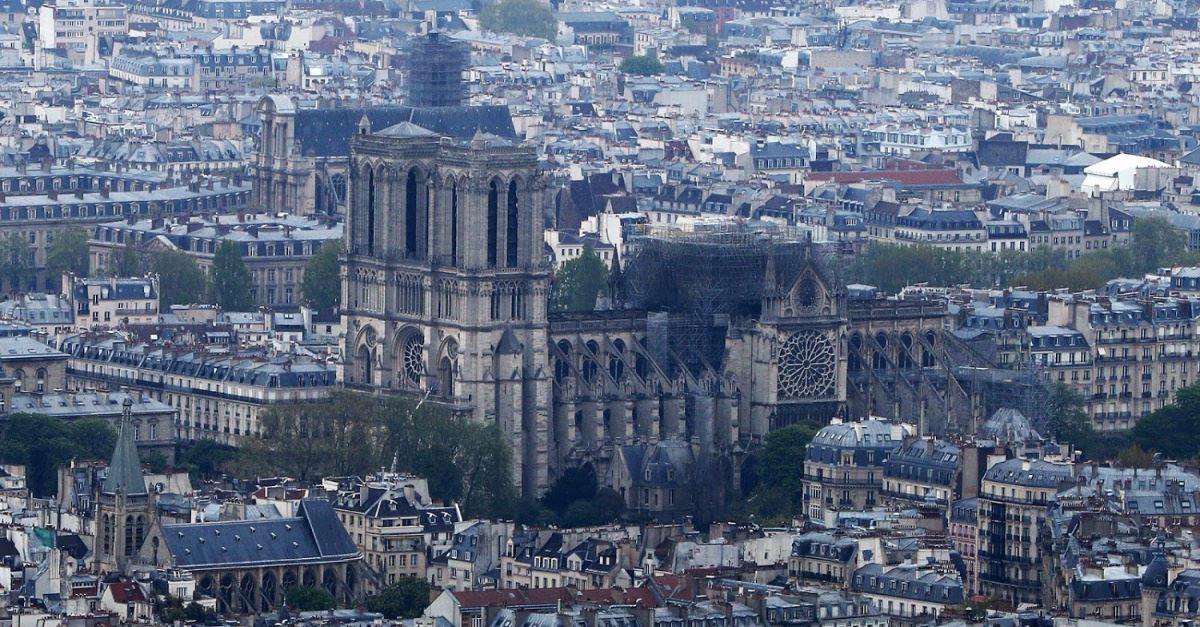 Baptist Pastor Grieves for Notre Dame Burning: How to Prove that Every Day Is Easter

Pastor Harry Richard grieved as he watched flames consume Notre Dame Cathedral in Paris. Just two weeks earlier, his church in Louisiana was set ablaze. It was one of three predominantly black churches in his area that were intentionally burned down, according to police.

But the Baptist minister sensed the Lord at work: “I think that God is using these moments to bring us closer together as a world. This is God’s hand on our lives to make us realize that we are all connected in some form or fashion.”

Meanwhile, Islamic militants are being blamed this morning for the Easter bombings in Sri Lanka that killed at least 290 people. Devastating floods have left millions in Iran facing a humanitarian crisis. And the CDC says this flu season is now the longest in a decade.

The news reminds us every day that we need the redemptive work of the risen Christ every day. Unfortunately, our secular culture is less convinced than ever that Jesus is relevant today.

How can we show the world that every day is Easter?

Imagine a world without Easter

John S. Dickerson’s latest book is titled Jesus Skeptic: A Journalist Explores the Credibility and Impact of Christianity. As with his other work, Dickerson’s words are extremely insightful and relevant.

He states that a ten-year investigation led him to conclude: “My generation of Americans—those born in the 1980s and younger—have been largely denied the truth about Christianity’s influence and record on social justice.”

For instance, Dickerson notes that nine of the ten best nations on earth for women’s rights, according to the World Economic Forum, have majority Christian populations. Followers of Jesus such as Isaac Newton, Johannes Kepler, and Blaise Pascal also played an essential role in launching the Scientific Revolution.

This tradition continues with Dr. Francis S. Collins, leader of the Human Genome Project and now head of the National Institutes of Health. He states: “God can be found in the cathedral or in the laboratory. By investigating God’s majestic and awesome creation, science can actually be a means of worship.”

Christians “planted the seeds of modern medicine” as well. Dickerson references Edward Jenner (the father of immunology), Florence Nightingale (the founder of modern nursing), and Johns Hopkins (whose bequest founded one of the most innovative hospitals in modern medicine). He adds that the top ten hospitals in the US, as ranked by U.S. News & World Report, were all founded by Christians.

And Dickerson reports that Christians played an essential role in ending slavery in most parts of the world. In fact, he could not find a single abolitionist in the US who was not a follower of Jesus. And, of course, there is the example of William Wilberforce in the UK.

None of this would have happened without Easter.

Here’s our challenge: convincing the culture that Jesus’ resurrection is as relevant to our present and future as it was to our past. This calling requires us to be as engaged in human rights, scientific and medical progress, advancing educational excellence, and ending racial discrimination as the Christians who came before us.

In addition, it is vital that we live in ways that contradict the caricature our critics have drawn of us. Consider two imperatives.

One: Respect those who do not respect our Lord.

When pagans in Ephesus started a riot against Christians in their city, an official scolded the crowd: “You have brought these men here who are neither sacrilegious nor blasphemers of our goddess” (Acts 19:37). We are to defend our faith boldly, but we are to do so “with gentleness and respect” (1 Peter 3:15).

The more people criticize us, the more they need our Lord.

Two: Be joyful in a joyless world.

Solomon observed: “Everyone should eat and drink and take pleasure in all his toil—this is God’s gift to man” (Ecclesiastes 3:13). If I do not find joy in the vocation to which God has called me, I dishonor the One who has assigned it to me.

William Barclay was right: “A gloomy Christian is a contradiction in terms.”

“Death is strong, but life is stronger”

When Christians are relevant, gracious, and joyful followers of the risen Christ, the world will know: He is risen, indeed.