Baby Born in Laundry Room as Tornado Touched Down in Texas: Serving God and Others with Humble Excellence 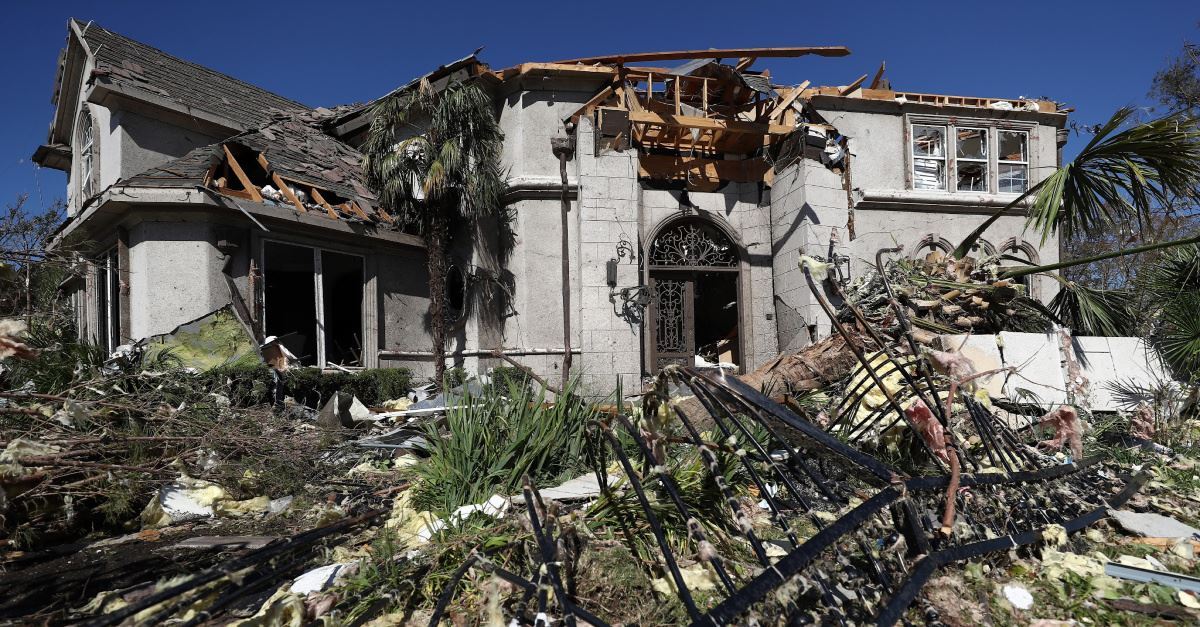 Baby Born in Laundry Room as Tornado Touched Down in Texas: Serving God and Others with Humble Excellence

A tornado destroyed schools, businesses, and homes in the Dallas area on Sunday night, Oct. 20. But amid the devastation, a remarkable story unfolded.

CNN reports that a pregnant woman came into a birthing center in Rowlett, east of Dallas. The center’s owner said later, “It was a beautiful day outside, nothing to worry about. Then around 10 p.m., or a little before, it was time for her to start pushing and our phones all started going off saying there is a tornado near us.”

The power went out as tornado sirens went off. The staff quickly took the mother into their laundry room, which they determined to be the safest room in their facility. There they helped her deliver a baby girl by candlelight.

Both the girl and her mother are doing well.

A shark bites off a swimmer’s foot

The tornado in Dallas is just one reminder of the limits humans face in preventing natural disasters.

Wildfires in Northern California have burned an area more than twice the size of San Francisco. The National Weather Service warns this morning that extremely dangerous fire conditions in the Los Angeles area “have not been seen in recent memory.”

Pacific Gas & Electric could conduct its third power cut in less than a week, affecting nearly four million people. Kanye West and Kim Kardashian West are among the wealthy Californians who are hiring their own private firefighters to supplement state and local government resources.

In other news, a British tourist was snorkeling on Australia’s Great Barrier Reef yesterday when a shark bit his foot off. The shark then mauled another man’s leg. The same day, a powerful earthquake shook the southern Philippines, triggering landslides and loosening boulders that killed six people and injured more than one hundred others.

The sophistication of modern technology is remarkable.

For instance, the Washington Post reports that a missing six-year-old boy in central Minnesota was found through the use of a thermal camera on a drone. The Wall Street Journal tells us that Harvard Medical School researchers are discovering ways to slow and even reverse aging through genetic modifications.

Writing in the Smithsonian, a Stanford University physician describes the possibilities and risks of using genetically altered immune cells to fight cancer. It seems a day does not pass without reports of medical breakthroughs and other scientific advances.

But all our combined technological capacities cannot prevent tornadoes or stop all wildfires. Earthquakes and sharks still threaten us. We may have a higher standard of living than ever before, but the death rate is still 100 percent.

“There is a God in heaven who reveals mysteries”

The great need of our day is a passionate commitment to intellectual advancement combined with the humility to seek and glorify the God of all knowledge. Consider an example.

Daniel was among a group of Jews exiled to Babylon in 605 BC. God gave to him and his three friends “learning and skill in all literature and wisdom” (Daniel 1:17). As a result, when the king interviewed them, “in every matter of wisdom and understanding about which [he] inquired of them, he found them ten times better than all the magicians and enchanters that were in all his kingdom” (v. 20).

Daniel’s wisdom extended to his ability to describe and interpret a dream the king experienced. But the prophet made clear the source of his abilities: “No wise men, enchanters, magicians, or astrologers can show to the king the mystery that the king has asked, but there is a God in heaven who reveals mysteries, and he has made known to King Nebuchadnezzar what will be in the latter days” (Daniel 2:27-28).

Daniel is one of history’s great examples of intellectual brilliance and wisdom. Yet, his consistent commitment to prayer at the risk of his own life (Daniel 6:10) and passion to glorify God and lead others to him (cf. Daniel 5:13-28) positioned him to be used in a critical period of Jewish history.

Famous scientists who were Christians

Christians should be the very best scientists, technologists, and scholars. This is one way to love our Lord with all our mind and our neighbor as ourselves (Matthew 22:37–39). But we should hold humbly the gifts God has entrusted to us, using them always for his glory and the common good.

This juxtaposition of excellence and humility will enable God to use us in ways that will impact and impress our skeptical culture.

What gifts has the Lord entrusted to you?

How will you use them with humble excellence today?

NOTE:  I’m pleased to announce that our 2019 Advent devotional, The Songs Tell the Story, is now available. Janet Denison, my wife, wrote about the origin stories of twenty-five well-known Christmas songs. You will be both blessed and inspired by her words, which remind us of what every great Christmas carol proclaims: how wondrous is the gift God gave us at Christmas.