After Same-Sex Marriage, is Polygamy Next? 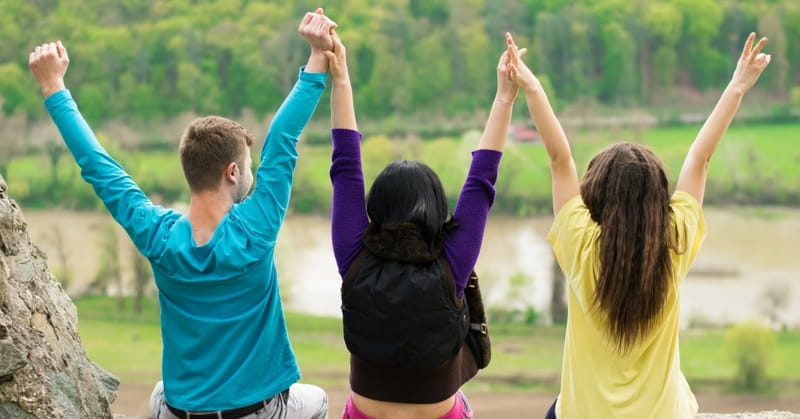 After Same-Sex Marriage, is Polygamy Next?

Before last Friday's Supreme Court ruling, many of us argued that same-sex marriage could or would lead to polygamy.  Gay marriage proponents were quick to dismiss our warning.  But consider Chief Justice Roberts's dissent to the court's decision:
"Although the majority randomly inserts the adjective 'two' in various places, it offers no reason at all why the two-person element of the core definition of marriage may be preserved while the man-woman element may not.  Indeed, from the standpoint of history and tradition, a leap from opposite-sex marriage to same-sex marriage is much greater than one from a two-person union to plural unions, which have deep roots in some cultures around the world.  If the majority is willing to take the big leap, it is hard to see how it can say no to the shorter one.  It is striking how much of the majority's reasoning would apply with equal force to the claim of a fundamental right to plural marriage."
Here's the argument I believe we'll see for polygamy.
One: as with gay marriage, society has shifted its opinion on plural marriage.  Supporters of polygamy have more than doubled since 2001.  Younger demographics are even more affirmative.
Two: if the courts have no right to legislate what gender you can marry, they have no right to regulate what number you can marry.  A Tylenol commercial recently claimed that "family isn't defined by who you love, but how."  To extend the company's logic, family isn't defined by how many you love, either.
Three: the law should not discriminate against minorities, including those whose belief systems incorporate polygamy.  As many as 50,000 to 100,000 Muslims in the United States already live in polygamous families.  (A man marries one wife in a legal ceremony, then two or three others in religious ceremonies.)  Do laws forbidding polygamy discriminate against them?
Slate author Jillian Keenan recently claimed that "legalized polygamy in the United States is the constitutional, feminist, and sex-positive choice" and concluded: "The definition of marriage is plastic.  Just like heterosexual marriage is no better or worse than homosexual marriage, marriage between two consenting adults is not inherently more or less 'correct' than marriage among three (or four, or six) consenting adults."
And why would the sexual revolution stop with polygamy?  The next step will be "consensual marriage," the belief that anyone should be able to marry anyone, regardless of age or biological relationship.  If those in love are entitled to marriage, why not fathers and daughters (or sons)?  Why not adults and children?  If federal and state marriage benefits are owed to anyone who marries, why would a young man not marry his grandfather to secure medical care and inheritance rights?
In fact, why have "marriage" at all?  According to lesbian activist Masha Gessen, "The institution of marriage should not exist. . . . Fighting for gay marriage generally involves lying about what we're going to do with marriage when we get there.  Because we lie that the institution of marriage is not going to change.  And that is a lie.  The institution of marriage is going to change and it should change.  And again, I don't think it should exist."
Philosopher Auguste Comte noted that the only safe way to destroy something is to replace it.  Are we witnessing the destruction of marriage?
Publication date: July 1, 2015