A Psalm That Leads to 'Unhurried Serenity and Peace and Power' 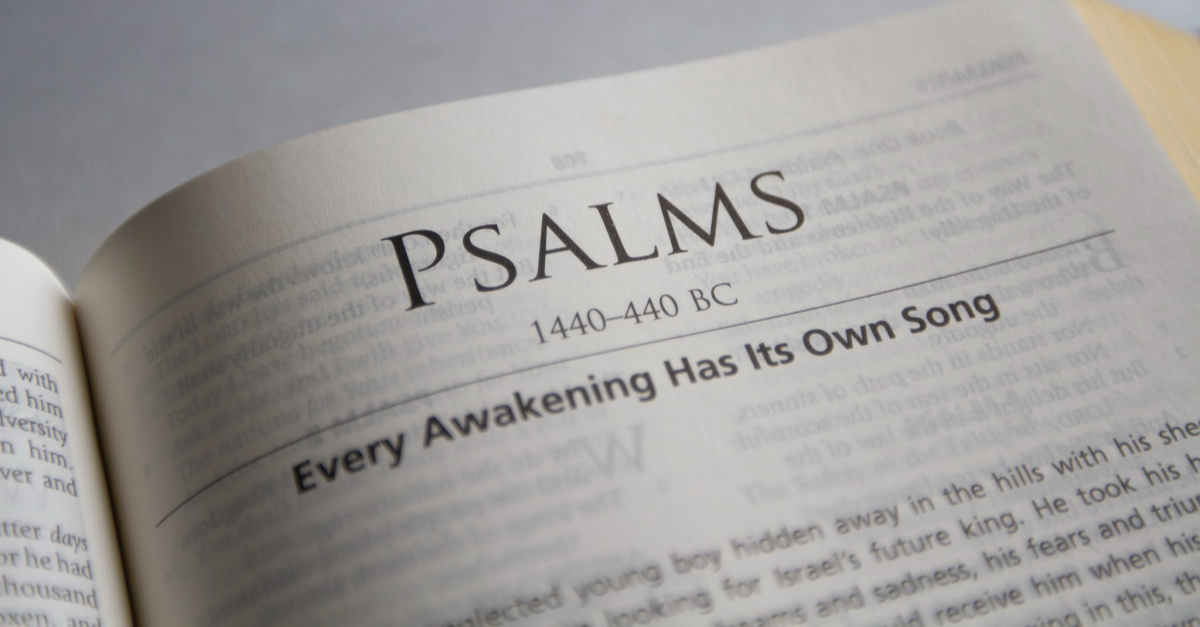 A Psalm That Leads to 'Unhurried Serenity and Peace and Power'

A former NASA engineer named Mark Rober decided to become a bird watcher. He set out a bird feeder, but it soon attracted more squirrels than birds. He tried several different versions, all of which claimed to be squirrel proof, but each time the squirrels were smarter than the feeders (and their owner).

So Rober decided to create the ultimate backyard squirrel obstacle course. To get to a treasure trove of walnuts, the squirrels had to negotiate a suspension ladder, a maze, launch pads, and other assorted challenges. Before long, they had mastered the course.

Here’s why I’m writing about Mark Rober’s invention: the video telling its story has been viewed nearly twenty-nine million times. I am now one of them and was thoroughly entertained.

"Something we don't know we're lonely for"

The Wall Street Journal has many more stories like this. During the pandemic, as people have been isolated, lonely, and bored, they have turned to building squirrel-sized picnic tables and even puppet theaters starring the backyard thespians.

Unsurprisingly, loneliness has been called “the new pandemic.” Even before the coronavirus pandemic, more than three in five Americans said they were lonely.

According to David Foster Wallace, “We’re all lonely for something we don’t know we’re lonely for.” He’s right.

In How the World Thinks: A Global History of Philosophy, Julian Baggini writes that Americans focus on individuality and independence while Asians care more about group relationships. The Chinese emphasize harmony, which Baggini defines as “a belief that the highest good is an ordered world in which families, villages, and states all stand in the right relationship to each other.” He adds that “Japanese parents tend to concentrate on bringing up their children to be responsive to others.

By contrast, “Americans raise children to be responsible for themselves.”

This week, we’re looking for biblical paths to encouragement in the midst of very difficult days.

Bubba Wallace, the only black driver in NASCAR, said he was “incredibly saddened” after a noose was found hanging in his garage stall at Talladega Superspeedway in Alabama last Saturday. (On a very positive note, NASCAR drivers, pit crew members, and NASCAR legend Richard Petty walked alongside Wallace and escorted his Number 43 car before yesterday’s race in a show of solidarity and support.)

Over Father’s Day weekend, 104 people were shot in Chicago, fourteen of them fatally. Five of those who died were minors. And the World Health Organization reported the largest daily increases in coronavirus cases yet.

Our challenges remind us that, despite our secularized culture’s insistence, we cannot solve our problems ourselves. The good news is that we don’t have to.

Psalm 3 finds David fleeing from his son Absalom amid a rebellion that threatened his kingdom and his life. The king is brutally honest with God: “O Lord, how many are my foes! Many are rising against me; many are saying of my soul, ‘There is no salvation for him in God'” (vv. 1–2).

In response, we would expect David to petition the Lord for divine protection. Instead, he prays: “But you, O Lord, are a shield about me, my glory, and the lifter of my head” (v. 3, my emphasis). David does not have to ask the Lord to be his shield, for he knows what another psalmist would declare: “God is our refuge and strength, a very present help in trouble” (Psalm 46:1, my emphasis).

How can David be so sure of his Lord’s protection and provision? He looks to the past: “I cried aloud to the Lord, and he answered me from his holy hill. I lay down and slept; I woke again, for the Lord sustained me” (Psalm 3:4-5). What God has done in the past, David knows he can and will do in the present.

As a result, he testifies: “I will not be afraid of many thousands of people who have set themselves against me all around” (v. 6). Instead, he will trust his enemies to his Lord: “Arise, O Lord! Save me, O my God! For you strike all my enemies on the cheek; you break the teeth of the wicked” (v. 7).

David concludes: “Salvation belongs to the Lord; your blessing be on your people!” (v. 8).

"A life of unhurried serenity and peace and power"

It is sadly understandable that secular people would despair of hope in times that seem hopeless. Our responsibility as followers of Jesus is to help them follow Jesus as well, sharing God’s word and grace with all those we influence.

However, we must lead if we want others to follow.

Name your greatest challenge today. Identify a time when God met such a need in the past, a day when he “answered ... from his holy hill” and “sustained” you. Now ask him to do again what he has already done, trusting that “salvation belongs to the Lord.”

Know that as you turn from self-reliance to Spirit-dependence, you will be empowered to “rejoice in the Lord always” (Philippians 4:4). And you will be able to assure others, “The joy of the Lord is your strength” (Nehemiah 8:10).

Thomas Kelly, the monk and author, noted: “Over the margins of life comes a whisper, a faint call, a premonition of richer living which we know we are passing by. Strained by the very mad pace of our daily outer burdens, we are further strained by an inward uneasiness, because we have hints that there is a way of life vastly richer and deeper than all this hurried existence, a life of unhurried serenity and peace and power.”

This life can be yours today. Choose wisely.

NOTE: It might surprise you to learn that the seven deadly sins are not found in the Bible—at least not as you might expect. Pride, envy, wrath, slothfulness, greed, gluttony, and lust are absolutely condemned as sins within God’s word, but it wasn’t until fourth-century Christians began simplifying their teachings on the virtues and vices that the list took its first steps down the path to infamy. How does this matter to us today? Read more in our newest book, 7 Deadly Sins.