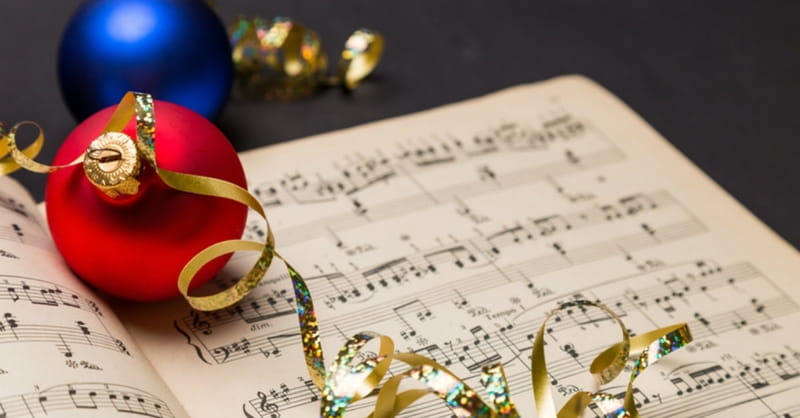 It was a strange weekend in the news.

Astronauts on the International Space Station made headlines after making pizza in space. Back on earth, the Pontiac Superdome survived implosion due to a wiring error. The first and only full supermoon of 2017 was last night. And college football fans are still debating the decision to include Alabama rather than Ohio State in this year’s tournament.

Meanwhile, I’ve been thinking about an event over the weekend that drew no news coverage whatsoever. My wife and I were watching one of the plethora of Christmas specials on television when a musical group presented a rendition of John Lennon’s “Imagine.” The now-famous lyrics begin:

Imagine there is no heaven / It’s easy if you try / No hell below us / Above us only sky / Imagine all the people living for today.

I never imagined that I would hear “Imagine” performed as a Christmas song. But that’s how secular the holidays have become.

According to Gallup, 95 percent of Americans celebrate Christmas, but only 51 percent describe the holiday as “strongly religious” for them. One in four American adults sayDecember 25 is simply a cultural holiday, not a religious holy day. Only 49 percent of those who celebrate Christmas believe that the Virgin birth is historically accurate.

How should we respond to the escalating secularity of this season?

Using a pagan ship to witness to Caesar

Acts 28 tells the famous story of Paul’s voyage to Rome. As I was reading the narrative yesterday, I noticed this irony: the apostle was carried to Rome on “a ship of Alexandria, with the twin gods as a figurehead” (v. 11). These “twin gods” were Castor and Pollux, the twin sons of Zeus. They were believed to be deities that protected sailors at sea.

Such idolatry was anathema to the Jewish people. Saul the Pharisee would likely have refused to sail on a vessel dedicated to pagan gods. But Paul the apostle knew that he had a higher purpose. God had called him to be “a chosen instrument of mine to carry my name before the Gentiles and kings” (Acts 9:15). Before his shipwreck at Malta, God said to him, “You must stand trial before Caesar” (Acts 27:24).

Now the Lord had provided a way for Paul to fulfill his call. And the apostle was willing to use the things of the world to accomplish the things of God.

This was Paul’s pattern throughout his ministry. In Athens, he used the pagan altar to “the unknown god” (Acts 17:23) to introduce the one true God. After he was rejected at the synagogue in Ephesus, he “withdrew from them and took the disciples with him, reasoning daily in the hall of Tyrannus” (Acts 19:9).

Through this “secular” strategy, the apostle reached far more people than if he had limited his ministry to the “sacred” synagogue. As a result, “all the residents of Asia heard the word of the Lord, both Jews and Greeks” (v. 10).

How would Paul approach the secularization of Christmas in our day? I believe he would offer this reminder: most lost people don’t know they are lost. They may be as religious as the Romans who dedicated their ship to false gods. Or they may not be religious at all.

Either way, they are deceived: “The natural person does not accept the things of the Spirit of God, for they are folly to him, and he is not able to understand them because they are spiritually discerned” (1 Corinthians 2:14).

Here we learn that most secular people who ignore Jesus at Christmas don’t know better. They don’t intend to insult our Lord or his followers. They celebrate the secular traditions of the season with no real knowledge of its spiritual significance.

I know because I was one of them.

Growing up, my family never attended religious services at Christmas or any other season of the year. We never gave a moment’s thought to Jesus’ birth at Christmas.

But that didn’t mean we intended to insult those who did. I wasn’t antagonistic to the gospel–I was oblivious to it. I heard the truth about Jesus only after two men knocked on my apartment door when I was fifteen years old and invited me to ride their bus to their church. Prior to that invitation, I was lost but didn’t know it.

If Christians had responded to my secular Christmas observances by treating me as their enemy, they would have pushed me further from Jesus rather than drawing me closer to him. Instead, members of that church reached out to me with loving compassion. They understood my lack of spiritual knowledge and taught me what I needed to know.

I will quite literally be grateful to them forever.

How can we reach people who are where I was? One way is to use secular holidays to teach spiritual truth.

For instance, Martin Luther was the first to add lights to Christmas trees; he did so to point to Jesus as the “light of the world” (John 8:12). Holly wreaths with their sharp, pointed leaves were chosen to represent the crown of thorns Jesus wore on the cross; their small red berries symbolize his drops of blood. Evergreen wreaths likewise signify eternal life in him.

Nearly every Christmas tradition can be used to share timeless truth. If our Lord could use a ship dedicated to pagan gods to bring the gospel to Rome, he can use this secular season to bring Christ to our culture.

This is the promise, and the invitation, of God.