9/11 and the Illusion of Control: Living for What Matters Most 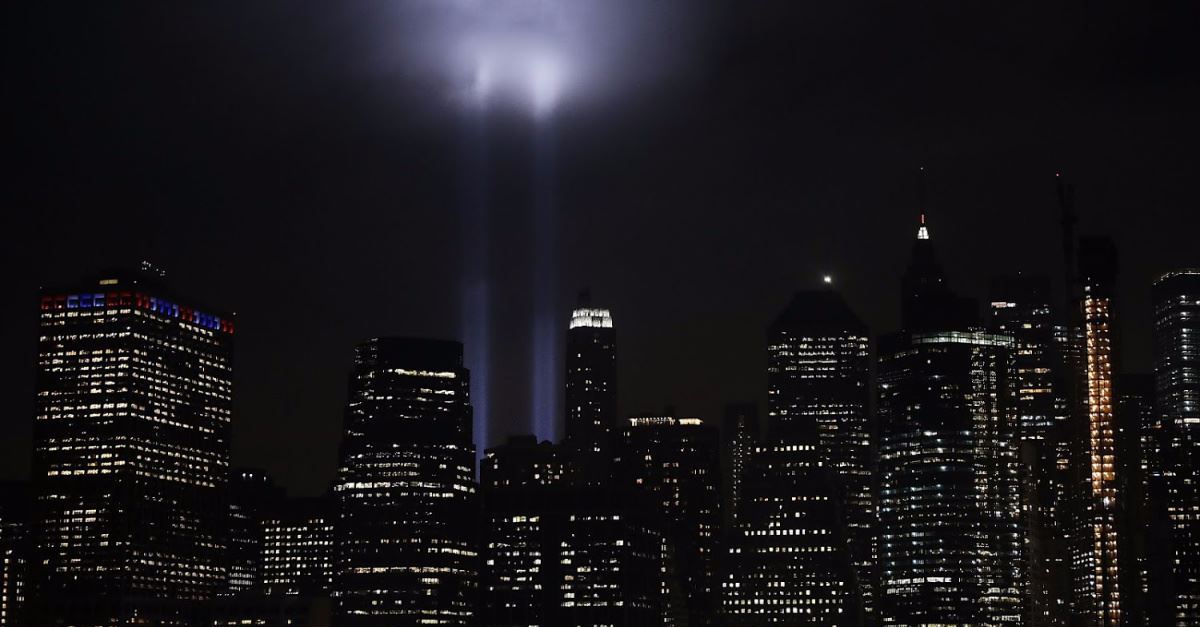 9/11 and the Illusion of Control: Living for What Matters Most

At this time eighteen years ago, no one but the terrorists knew that September 11, 2001, would change history. We owe it to the victims and their loved ones to remember what happened on this horrific day.

At the World Trade Center (WTC) site in Lower Manhattan, 2,753 people were killed when hijacked American Airlines Flight 11 and United Airlines Flight 175 were flown into the north and south towers. The victims ranged in age from two to eighty-five years.

As of July 2019, only 60 percent of the WTC victims’ remains have been positively identified.

And the deaths continue. Twenty-three New York Police Department first responders were killed in the attack on the World Trade Center, but 241 members of the NYPD so far have died of 9/11-related illnesses. While 343 members of the Fire Department of New York died in the attack, 202 FDNY members so far have died of illnesses related to their service on September 11 or in the immediate aftermath.

“I actually have no control”

On the morning of September 11, 2001, Christina Stanton could see smoke billowing from the World Trade Center after the first plane hit. The second plane then flew within five hundred feet of her twenty-fourth-floor balcony. The roar of the airplane’s engines knocked her down, rendering her temporarily deaf. She and her husband, Brian, fled their building.

As the towers fell and debris covered everything, Christina and Brian, exhausted, stopped. She asked him, “Are we going to die?” He responded by praying the Lord’s Prayer.

Before 9/11, she says, “I would call myself somebody who went to church on Sundays” but admits that she “really hadn’t internalized the Bible, internalized who Jesus said he was, who I am in him.”

“When the attacks happened,” she says, “I learned, ‘Wow! I actually have no control.'” She realized that life isn’t just “work hard and God will bless and prosper you.” She adds: “My worldview was totally changed.”

The advances in technology and medicine that are revolutionizing our lives are fundamentally attempts to control our world.

I for one am grateful for such advances. Technology that makes it safer to travel by air and discoveries that reduce the chance of terminal illness are most welcome.

But the anniversary of 9/11 reminds us that the upsides of such attempts to control our world bring two significant downsides.

“Be very careful, then, how you live”

One is the illusion that we can control what cannot be controlled.

It is safer than ever to travel by air, but murderers can still go on shooting sprees. Meteorology is more advanced than ever, but our best scientists still cannot fully predict the path of hurricanes. Medical science is more accomplished than ever, but the death rate is still 100 percent.

This is why Scripture teaches us to “be very careful, then, how you live—not as unwise but as wise, making the most of every opportunity, because the days are evil” (Ephesians 5:15-16 NIV).

The dot and the line

A second lesson from 9/11 is the priority of living for heaven on earth.

Jesus told us about a rich man who said to himself, “Soul, you have ample goods laid up for many years; relax, eat, drink, be merry” (Luke 12:19). However, “God said to him, ‘Fool! This night your soul is required of you, and the things you have prepared, whose will they be?'” (v. 20). Jesus added: “So is the one who lays up treasure for himself and is not rich toward God” (v. 21).

At the last church I pastored, one year the youth ministry titled its summer camp “The Dash.” The reference was to the dash on our tombstones between the year we are born and the year we die. The imagery is good theology: this world is only the precursor to the world to come.

One day closer to eternity

Even if this eighteenth anniversary of 9/11 passes in relative calm, when the day is done you and I will be one day closer to eternity than ever before. That’s why we should begin every day by submitting it to the power of the Holy Spirit (Ephesians 5:18), then seek God’s glory over our own and live for heaven on earth.

After the 9/11 attacks, Christina Stanton quit her job as a New York tour guide to become the director of missions for her church. Brian Stanton left his finance job on Wall Street to become the CFO of the church.

They decided to give control of their lives to the only One who is truly in control.

How will you do the same today?